Marine from Wentzville among those killed in Afghanistan

Jared Schmitz was one of 13 U.S. service members killed Thursday. 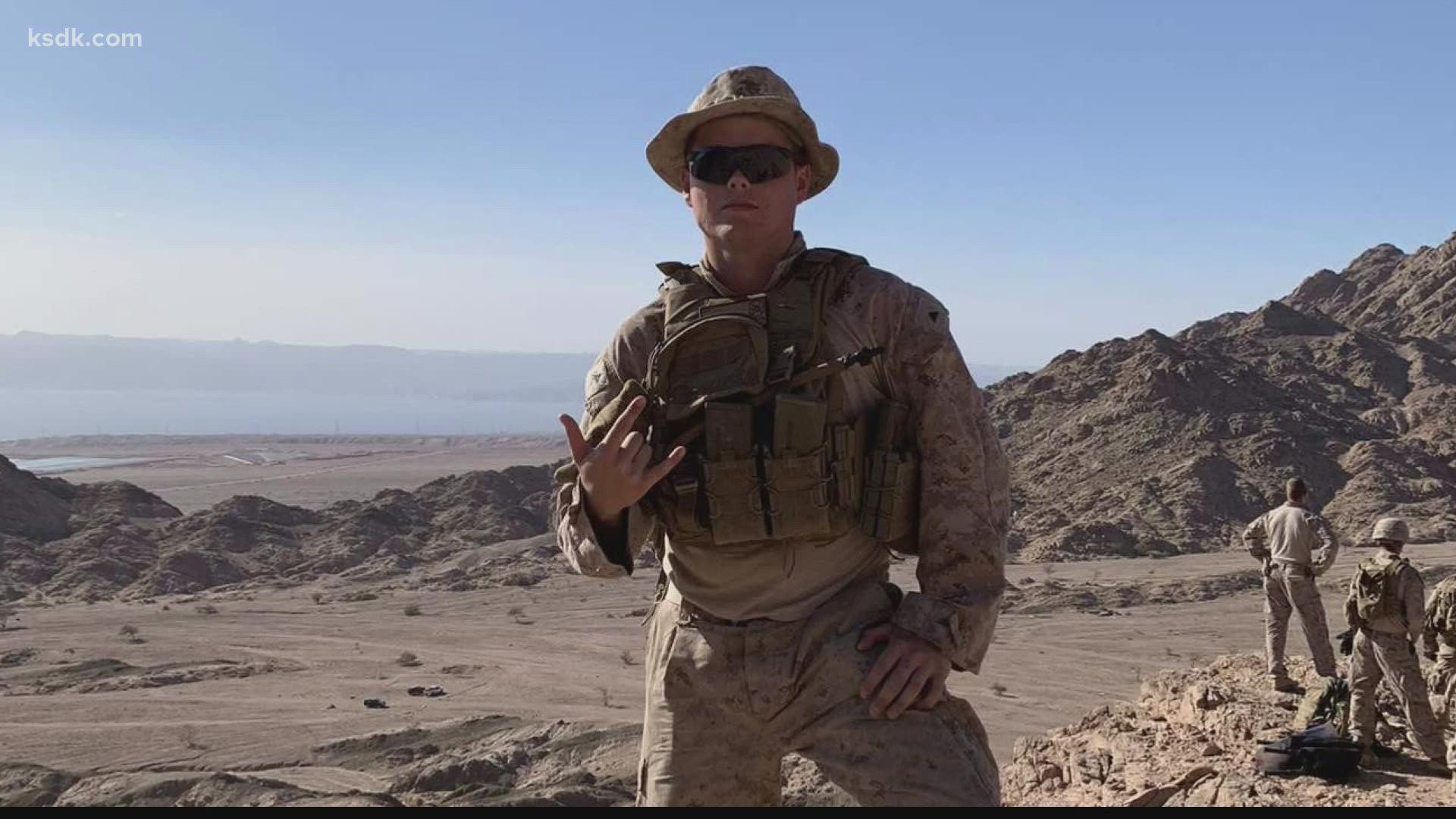 ST. LOUIS — One of the 13 U.S. service members killed in a suicide bombing at the Kabul airport in Afghanistan was a Marine who grew up in the St. Louis area.

20-year-old Lance Corporal Jared Schmitz from Wentzville, Missouri, was among those killed Thursday.

Schmitz was among a group of Marines sent back to Afghanistan to assist with evacuation efforts.

The Fort Zumwalt South Grad was just a baby when this two-decade war started.

A family spokesperson spoke to 5 On Your Side Friday night about his dedication to our country. Patrick Sweeney is best friends with Schmitz's dad.

"He could have been like my other son. I loved that kid, he was a good kid," Sweeney says.

Sweeney tells 5 On Your Side that Schmitz is one of the most loving people you'd ever meet. And dedication is the word continuously used to describe him.

"He is way dedicated to his family, he loves his siblings and his mom and dad," Sweeney adds.

We were told he wasn't just committed to his family, but to this country. Sweeney witnessed Schmitz's commitment to become a Marine.

He explains, "Before he even enlisted, he was out working out every day preparing to go to the Marine Corp, he just wanted to serve his country and do it well and he did."

Sweeney is a Marine himself and both were able to form that bond.

"The day he told me he wanted to be a Marine, I smiled, I was so happy with that. I was very proud of him," he says.

For Schmitz though, Sweeney says he loved his country to no end. Even risking his own life for the sake of others.

He's also honored and proud to be brothers in arms with a man he now calls a hero.

"It hurts, but we'll honor him and love him. He's a hero and that's all I can say," Sweeney tells 5 On Your Side.

At Friday night's football game, Fort Zumwalt South had a moment of silence for Schmitz.

"I promised his family that his service and his legacy will not be forgotten," Sen. Josh Hawley said in a tweet.

"He is an American hero," said Missouri Attorney General Eric Schmitt in a tweet.

"Over the last two decades, thousands of Americans have served in Afghanistan and across the Middle East," Representative Blaine Luetkemeyer said in a statement on Twitter. "They did it out of love for this country and to protect all of us. Sadly, we've lost far too many."

Two officials said the number of Afghans killed rose to 169 on Friday. The bombing was blamed on Afghanistan’s offshoot of the Islamic State group, a lethal enemy of both the Taliban and the West.

The explosion in Kabul can be a trigger to some veterans.

RELATED: How to help refugees from Afghanistan in St. Louis