Mark Cuban to donate $100,000 to aid Dallas schools after tornadoes

The money will be for the most urgent needs of the schools impacted by the EF-3 tornado that tore through North Dallas on Sunday. 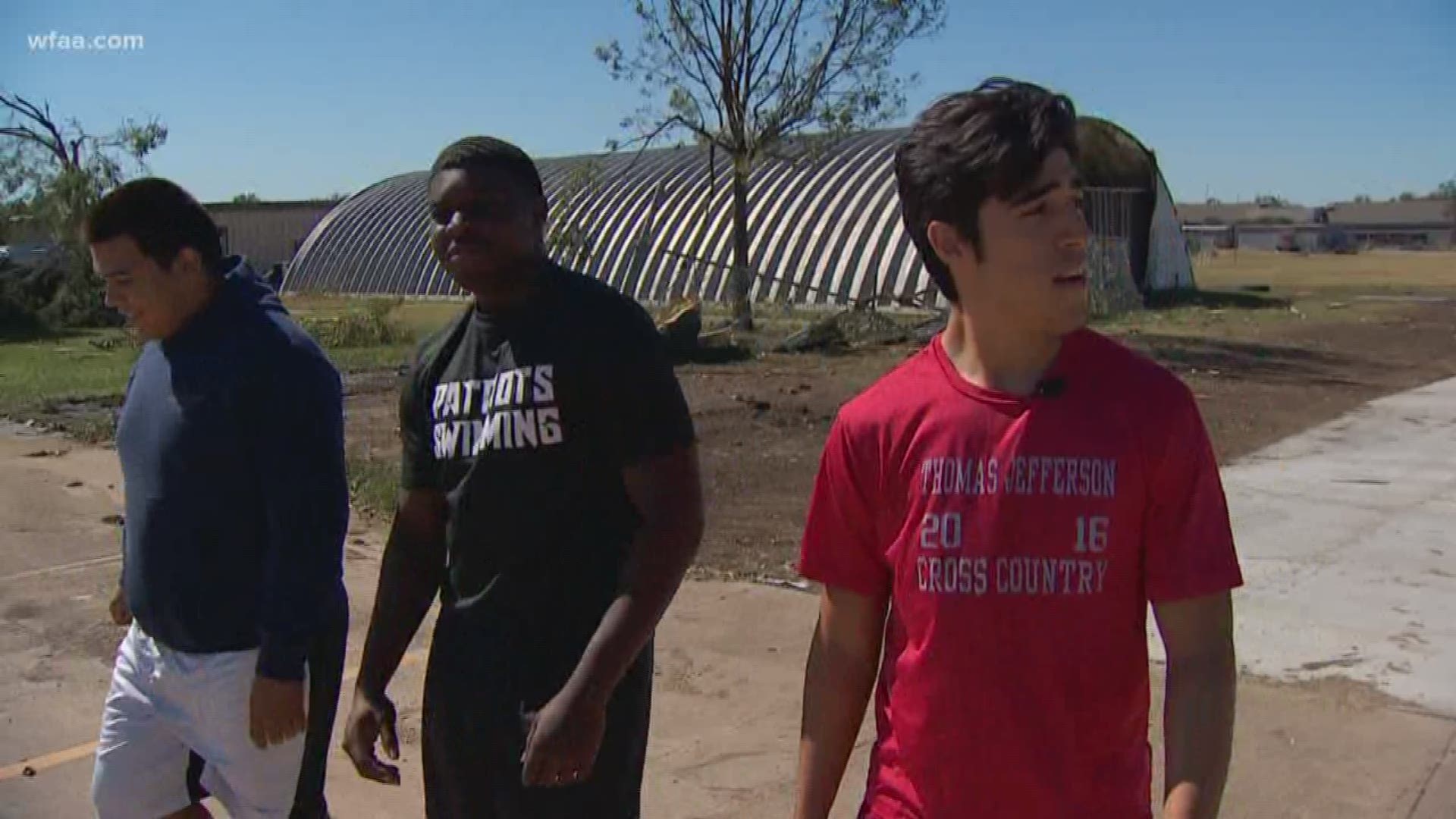 The money will be used for the most urgent needs of the schools impacted by the EF-3 tornado that tore through North Dallas on Sunday.

Dozens of schools across the metroplex were affected for days by the storms that hit the area and generated 10 different tornadoes, but Dallas ISD was hit particularly hard.

Cary Middle School's 500 students were split up and moved between Medrano Middle School and Franklin Middle School to continue classes. Students at Walnut Hill were moved to previously-closed Tom Field Elementary School for the time being.

The storm came the weekend before homecoming for Thomas Jefferson students.

The game was moved from Friday to Saturday morning at Loos Stadium in Addison and its rival school, W.T. White High School, is making sure Thomas Jefferson's football game and dance will still be a success.

White’s drill team has even made homecoming decorations to support their Thomas Jefferson peers.

The Dallas Cowboys will also be showing their support in the coming days and weeks ahead. The organization has partnered with the Salvation Army to aid tornado victims. The team is also encouraging fans to make a $10 donation to The Salvation Army's tornado relief efforts by texting COWBOYS to 20222.

Former Dallas Cowboy and Pro Football Hall of Famer Charles Haley will be at the game on Saturday. Haley will give a pregame speech to the Thomas Jefferson Team. The Dallas Cowboys Cheerleaders and the team mascot, Rowdy, will also be there to cheer the students on.

Jerry Jones and Charlotte Jones Anderson will make a surprise announcement at the homecoming game to help the students and schools.

If you would like to support the schools yourself, click here to be a part of WFAA's campaign to provide needed funding.

The Dallas Education Foundation has also set up a Dallas ISD Tornado Disaster Relief Fund. A private citizen donated $10,000, while another donated $50,000. Including Cuban's donation, a total of $270,000 was donated in two days.

DEF reminds the community that it will take millions of dollars to rebuild the schools.

RELATED: 'Warriors': Dallas ISD bounces back after tornadoes touch down across district

RELATED: A tornado destroyed their campus. Then, Thomas Jefferson staff turned a building into a school in 24 hours