Currently, the district's accreditation for the 2018-2019 school year is revoked. An informal review by Texas Education Commissioner Mike Morath could change that. 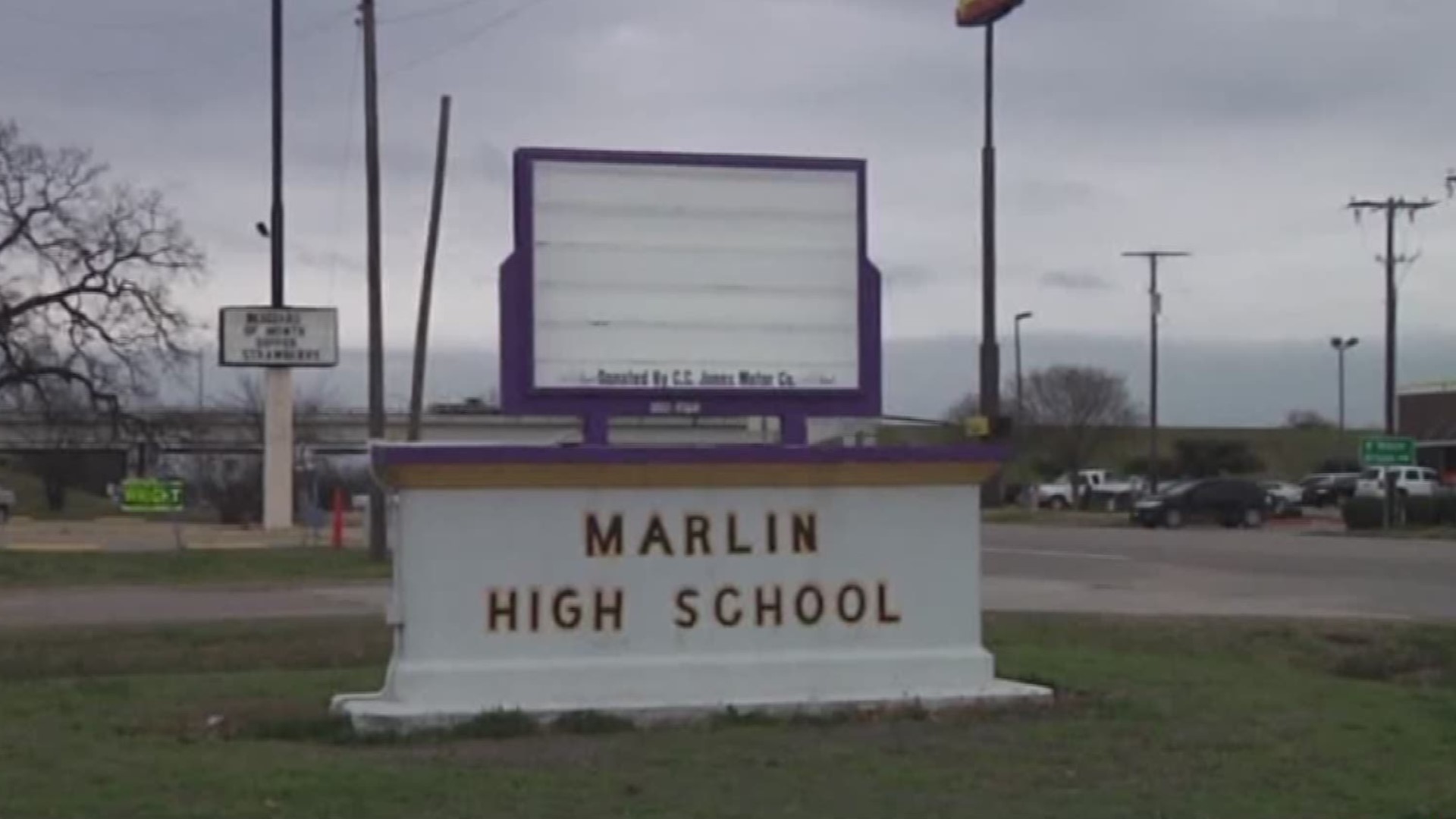 MARLIN, Texas — A Texas Education Agency appointed board could vote to investigate, suspend or place Marlin Independent School District Superintendent Micheal Seabolt on leave at a special board meeting Wednesday at noon.

The TEA revoked Marlin ISD's accreditation for the 2018-2019 school year in February 2019 after the district continued to fail to meet academic standards since 2011. That action would close the school, but Morarth is currently conducting an informal review to decide if the school may still be saved.

The agency put in a board of community members in 2017 to give the school district a chance to get back on track. After the substandard ratings didn't change, the TEA also appointed conservator Jean Bahney in February of 2019 to help direct the board. TEA communications divison spokeswoman DeEtta Culbertson told Channel 6 Bahney's appointment does not guarantee another chance for the district.

Marlin ISD is also under an informal review performed by the Texas Education Commission, according to the TEA. The review could result in the school district being shut down.