The push comes after Marlin citizens began fixing their own streets over the last few months. 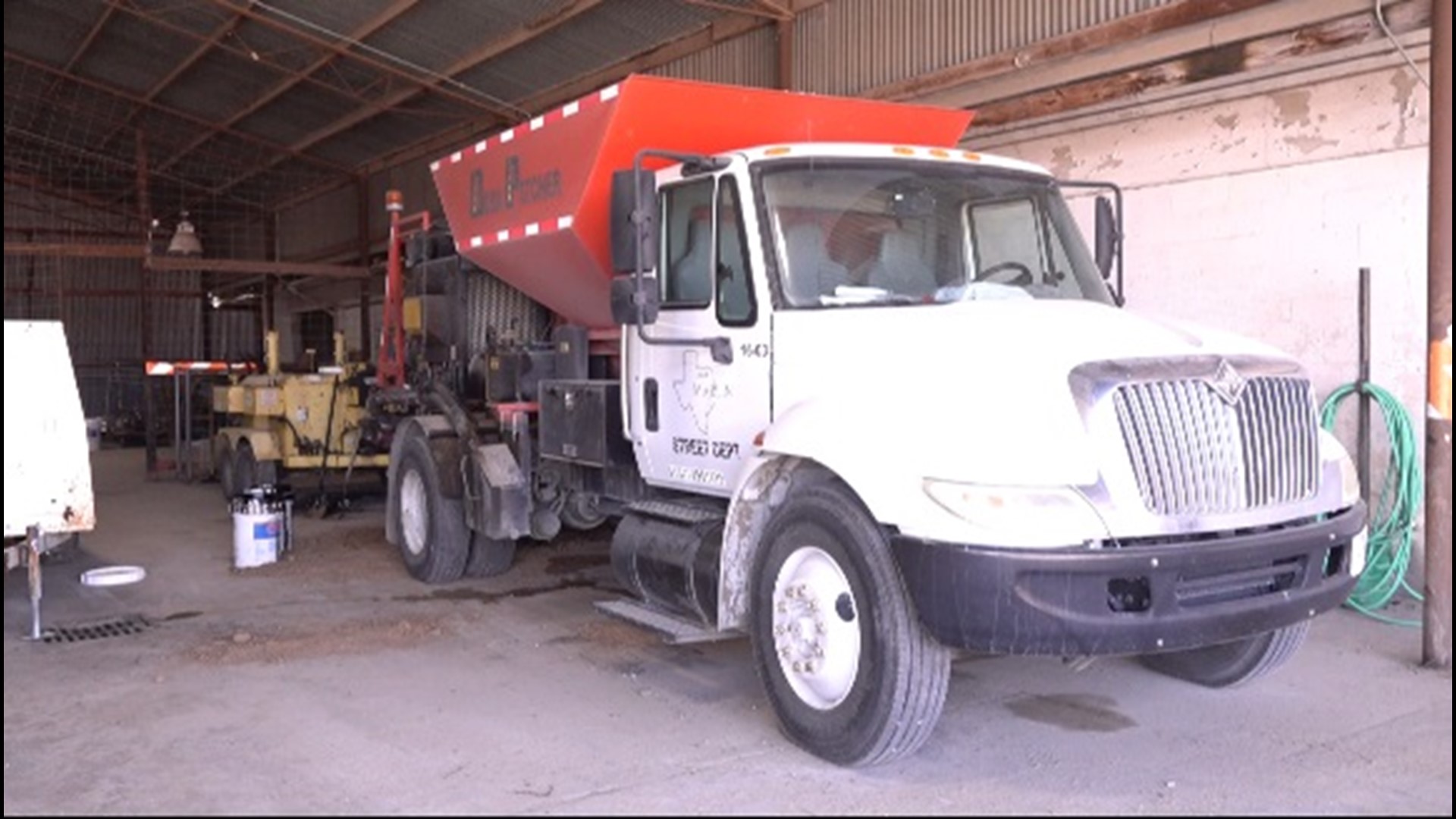 MARLIN, Texas — Marlin Mayor John Keefer said, while citizens may not have seen it yet, the city of Marlin is about to make a lot of progress on both water and sewer infrastructure and roads.

The push comes after Marlin citizens began fixing their own streets over the last few months.

Residents complained that the city would fill in potholes with dirt or other materials that would easily wash out.

“The streets have always been an issue in this city, they have been neglected for 50 plus years,” Keefer said.  “Roads are one of those issues where it is not a simple, nor a fast, nor a less expensive repair.”

RELATED: City of Marlin moves toward fixes after residents repair own streets

“Anytime that you put a dirt patch in, that is not something I’ve ever recommended, you are putting in a material that is just going to wash away. That was part of the planning when we purchased the DuraPatcher Machine,” Keefer said.

The machine, which does work, was purchased in December 2017. Keefer said the city previously used a dirt road base for patches because it was cheaper, but he worked with the city manager to get the machine for a more lasting solution.

Keefer said the machine was underused for several months, but after city officials moved out the previous public works director and put Andrew Poe in that position last September, things have been much better organized and the machine has been out patching streets.

Keefer said the last few months have been particularly bad for the streets because of the rain and that is why citizens are noticing so many problems now.

“If you looked at our streets back in July and August, they were bad, but the holes were not as deep as they are now,” Keefer said.

Another problem was the city’s lingering water issues. Keefer said over the last few weeks of winter not a single road was touched because the city’s seven public works employees were dealing with water main breaks, an issue that seems to be wrapping up, Keefer said.

“Since it has dried up here lately, we have been able to succeed in repairing quite a few streets in the last four of five weeks,” Keefer said.

Keefer said the machine is working well and will be used more now that public works director Andrew Poe has taken the lead in organizing and keeping track of needed street repairs in the city. He said there are some constraints.

Keefer said the city only has $65,000 for its annual road budget, which is not nearly enough to repave the city’s many roads. They are patching where they can and waiting to repave other streets as part of larger projects.

Marlin will get $14 million from the Texas Water Development Board to replace equipment at the water plant and replace water lines. When the city digs up a water line to replace it, they will be required to repave the street, so they are waiting to work on those streets until that time.

Some streets in Marlin don’t have any drainage built in and so much water runs down the street that a pothole repair simply doesn’t last very long. The city may prioritize other streets as a result.

Keefer told KCEN Channel 6 he is willing to provide citizens who want to patch local streets with the materials they need. People interested can email the mayor at j.keefer@marlintx.net.

See the schedule for street repairs below:

On its Facebook page Wednesday, the city posted a letter to residents admitting to street problems and addressing a solution.

City of Marlin
Marlin, We all know that roads are in bad shape. We also want to keep you informed on work that has been done. We want to assure the citizens that roads are important and we want to make them better,...