Robert Storey was stationed at Pearl Harbor, served on a ship that shelled Iwo Jima, and survived the battle of the Komandorski Islands. 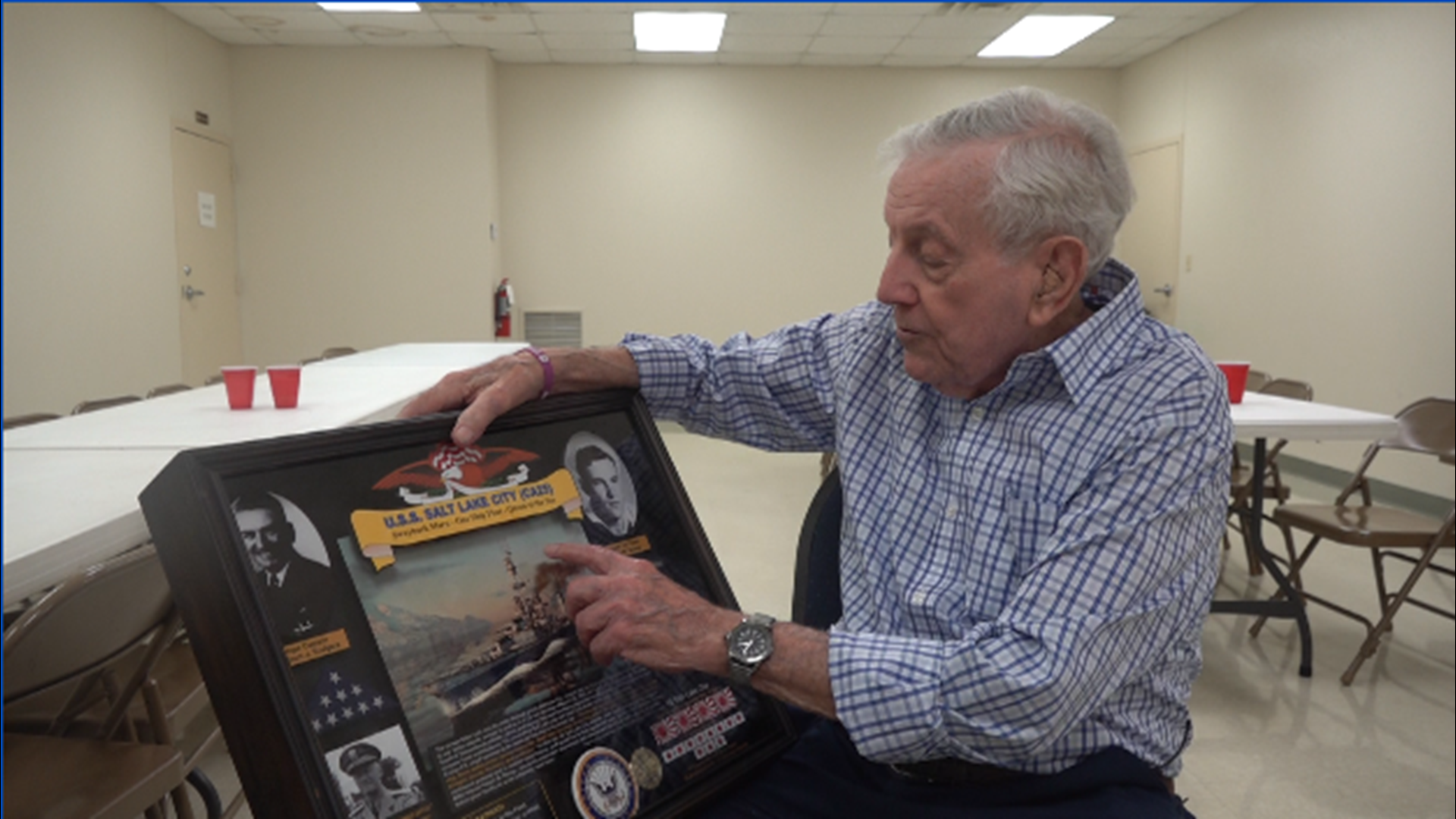 MART, Texas — World War II Veteran Robert Storey is 100 years old. He spent six years in the Navy from 1939 to 1945. It was a pivotal time to serve in American history. What many experience only in books, he saw first hand.

When Story joined the Navy in 1939, he didn't know of the battles that lay ahead.

“I just made up my mind. I talked to a recruiting officer in Waco,” Storey said.

Story was shipped out to Pearl Harbor and assigned to the USS Salt Lake City. When Japan struck Pearl Harbor he was at sea. The ship was instructed to stay there for safety.

"We was going back to Pearl Harbor, and we was about 200 miles out. They told us to stay out. Don't try to come in," Storey said. "We stayed out two or three days."

Storey served in multiple battles including Battle of the Komandorski Islands. Though they were brutal, he remembers being eager to enter battle.

"When you start the shooting, all the guns are firing, I guess you would say you are nervous in a way, but you still, you want to get in the fighting," Storey said.

With fighting also came casualties. Storey remembers those as well.

"This kid got hit. He had already pulled a shell out to load the guns, and it was armed when you pull it out of the case. He had enough gumption to drop the shell over the side and he dropped dead right there," Storey said.

The USS Salt Lake City was also involved in the attack against Iwo Jima. Storey proudly remembers the day when the ship helped U.S. forces take the island.

"When I seen those marines landing on Iwo Jima, they fell like flies. The japs just cut them down. We found out where the main spot was and we opened fire with all the guns. We blew the whole top of that mountain off and just kept rapid-fire," Storey said.

While the Mart community applauded Storey for his service on Sunday, Daughter Jan Ballman told 6 News she was proud for another reason.

"My dad is a special person," Ballman said. "He was always a very loving dad. Very sweet. When I was in school he was very supportive. My mom, the whole town, loves him."

People in Mart now make sure Storey gets out to drink coffee in the mornings and that he gets to Mart High School football games.

This bar sells drinks by the hour, not the glass