District Judge Lora Livingston said both sides need more time to prepare. An injunction hearing has been set for March 26. 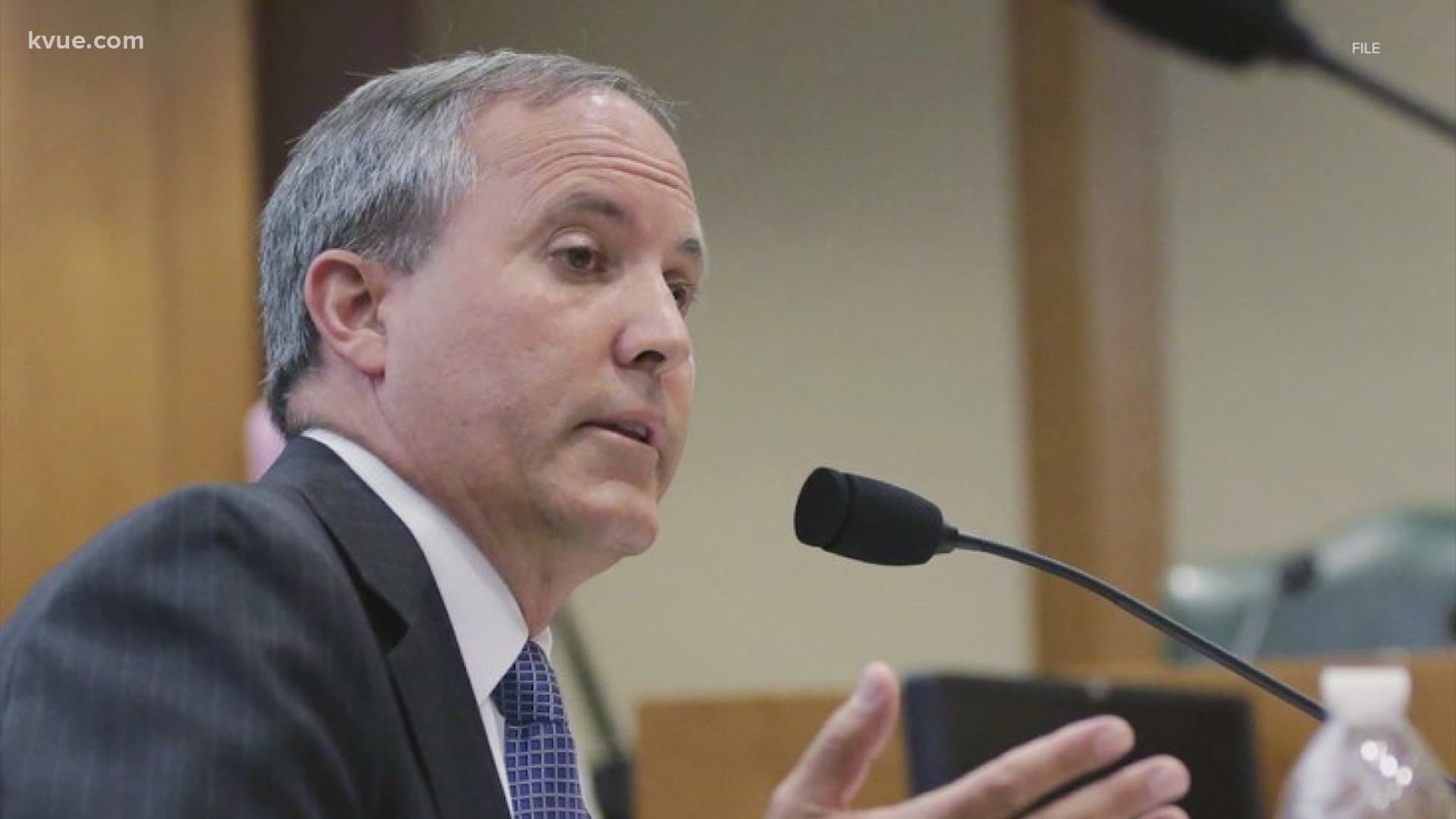 Livingston said she believes both sides of the aisle need more time to prepare. An injunction hearing has been set for March 26.

At hearing this morning, District Judge Lora Livingston does not grant a temporary restraining order requested by AG Ken Paxton to stop Austin and Travis County from continuing to enforce mask mandates.
Wants more time for all sides to prepare.
Injunction hearing set for March 26

A spokesperson for Mayor Steve Adler's office confirmed Thursday that a lawsuit was formally filed. This comes after AG Ken Paxton gave local leaders an ultimatum on Wednesday.

"The state-wide mask mandate is lifted today," the attorney general's office tweeted. "Yet once again, [Mayor Steve Adler] and [Travis County Judge Andy Brown] are trying to figure how they can buck state law and resist [Gov. Abbott]. We're looking at every avenue available to stop them. More to come."

A few hours later, AG Ken Paxton issued a letter stating that local leaders have until 6 p.m. Wednesday to rescind mask mandates or business-operating restrictions, or else he will sue.

.@MayorAdler & @AndyBrownATX, you and local health authorities have until 6:00pm today to rescind any mask mandates or business-operating restrictions and come into full compliance with GA-34 ➡️ https://t.co/Bz5DQsw8IV

Otherwise, on behalf of the State of Texas, I will sue you. pic.twitter.com/IP9UpZPplh

Adler issued a response to Paxton on Wednesday, saying, "from the people who brought you no water and no electricity: no masks." After the lawsuit was filed on Thursday, Adler said:

"Judge Brown and I will fight to defend and enforce our local health officials’ rules for as long as possible using all the power and tools available to us. We promised to be guided by the doctors, science and data as concerns the pandemic and we do everything we can to keep that promise.

"Wearing masks is perhaps the most important thing we can do to slow the spread of the virus. We are not aware of any Texas court that has allowed State leadership to overrule the health protection rules of a local health authority.

From the people who brought you no water and no electricity: no masks.

On Thursday, Judge Brown also responded to the lawsuit, saying, "I will continue to listen to our public health authority, medical professionals and the CDC who have consistently said masks save lives. It is unfortunate the attorney general is once again failing to make the health of our community his priority."

The City's decision was made in consultation with Austin's Interim Medical Director and Interim Health Authority Dr. Mark Escott. He explained why he believes it's important to keep enforcing face masks on Tuesday.

"We believe in masking. We know it works," said Dr. Escott. "We saw the dramatic impact that the masking mandate had when it was issued by the governor on July 2, with almost two weeks to the date, a substantial and sustained decrease in transmission. We need that to continue. We need the efforts to continue. We need people to continue to mask and distance and do those things that have gotten us out of surge here in Travis County. So our hope is that people, our community, our elected officials, will continue to echo the message that these protective measures, these nonpharmaceutical interventions work and they're important for us to continue with that transition."

The City of Round Rock will also continue to enforce its mask ordinance.

The City of Austin said it will continue to follow health authority rules initially adopted in July 2020, which currently remain in place through April 15 of this year. Under these rules, businesses and other sites must require individuals to wear a face covering, with some exceptions, along with other safety precautions such as social distancing and disinfecting high-touch surfaces.

Noncompliance with the orders could result in a Class C misdemeanor punishable by a fine of up to $2,000. Complaints can be made to Austin 311, with Austin Code said to continue enforcing compliance.

When Gov. Abbott made the announcement about lifting restrictions last week, he said businesses are still allowed to enforce their own mask requirements and added that local governments will have the authority to reinforce safety precautions.

"If COVID hospitalizations in any of the 22 hospital regions in Texas rise above 15% of the hospital bed capacity in that region for seven straight days, then a county judge in that region may use COVID mitigation strategies in their county," Abbott said. "However, under no circumstance can a county judge put anybody in jail for not following COVID orders and no penalties can be imposed for failing to wear a face mask. Also, if restrictions are imposed at the county level, all entities must be allowed to operate at least a 50% capacity."

However, in recent days, hospital admissions in the local hospital region have been below 7%.

"I think there are aspects of this now that are confusing," he said. "But what is not confusing, is that virtually every doctor and virtually all of the data points to the fact that masking is necessary and important and, in fact, largely responsible for the success that we've had at this point. And if we're going to do everything that we can to predict the opening of schools, and more children being able to study and learn in-person, and keep businesses open without the threat of pulling back, what is not confusing is that masks is the answer."

Adler told KVUE he believes the City and County's move is legal because the rules are established by the local Health Authority and not the mayor or county judge. The mayor said his team is focusing on two sections of the health and safety code that allow cities and counties to enact laws to protect public health and protect against communicable diseases.

"We just don't think that the governor's powers are him to waive every law in the state of Texas," said Adler, "and we're going to defend the power of our Health Authority to set rules in our community designed to keep people safe."

Adler referenced an exchange from June 2020, before the statewide mask mandate, when Abbott allowed local leaders a path forward by drafting health and safety plans, which could include face coverings, for businesses to follow.

"All we're doing now is what we set in motion and established last summer, and we think that the law allows for that," said Adler.

"City/county leaders must not be thinking clearly. Maybe it’s oxygen deprivation from quintuple-masking. Whatever the case, they’ve tried this before. They lost," Paxton said.

"While El Paso rolled out makeshift morgues, you sued them for protecting residents," Casar said. "While Texans froze in the dark, you fled the state for warmer weather. Now, you're going out of your way (again) to win political points, even if it costs lives. We'll see you in court."

Texas will soon reveal the next groups of people eligible for the vaccine in Phase 1C. Who will be included?

One dead in rollover crash in West Austin