Matt Rhule confirms move from Baylor to the Carolina Panthers

Matt Rhule confirmed to the 6 News sports team he will leave Baylor to coach for the Carolina Panthers. 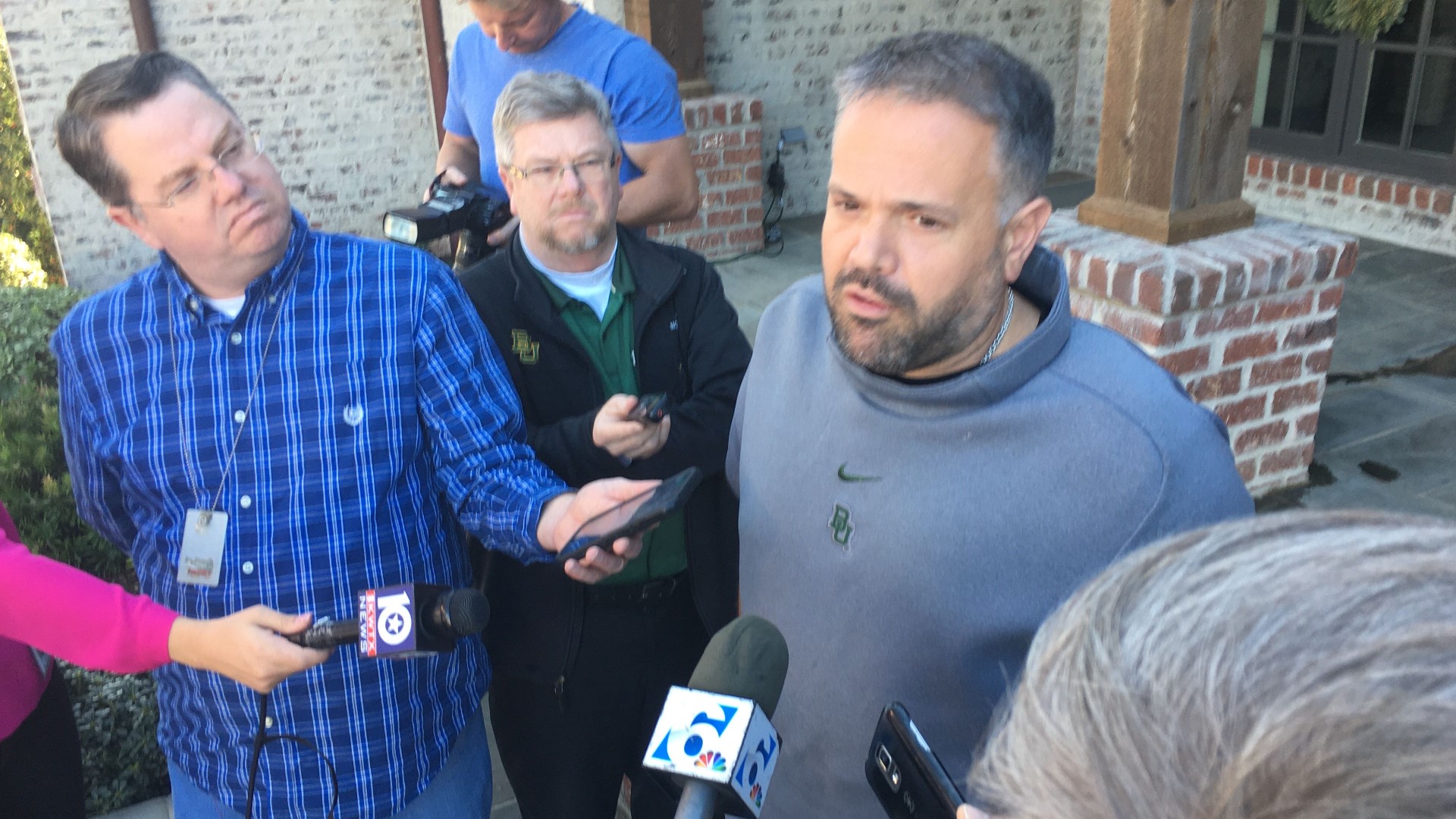 WACO, Texas — Matt Rhule is leaving Baylor University to become the new head coach of the Carolina Panthers. The 6 News Sports team confirmed the news with Rhule himself on Twitter and at his Waco home. He is expected to meet with the media some time Tuesday afternoon.

The Panthers reportedly met Rhule in Waco and have reportedly offered Rhule a 7-year contract worth up to $70 million with incentives, according to ESPN's Adam Schefter.

President of Baylor University Linda Livingstone issued a statement on the news Monday.

"Baylor University extends its deepest appreciation to Coach Rhule for his exceptional leadership of our football program over the past three seasons. We are especially appreciative of the efforts he has made in positively shaping the lives of our football student-athletes, who have excelled on the field, in the classroom and in the community. Coach Rhule certainly leaves the program in a better place than when he arrived, and we have a bright future ahead for Baylor football. We wish Matt, Julie and the entire Rhule Family well as they begin the next chapter in their lives."

Director of Intercollegiate Athletics Mack B. Rhoades also spoke out about losing Coach Rhule to the NFL.

"We are grateful to Matt Rhule for all that he has done for Baylor Football and for the University over the last three years. Together, he and his staff have moved the program forward both on and off the field. While our hope was that Matt would be our coach for many years to come, we knew there was a possibility that the NFL would come calling.

Matt's time with Baylor marks one of the greatest turnarounds in college football history.  Our football program's success this year is evidence that we are headed in the right direction with 11 wins, an appearance in the Big 12 Championship Game and the Sugar Bowl.

We have launched a national search for our next head coach, and we will not make any comments on prospective candidates or where we are in the process until we are ready to introduce the next leader of our football program. We look forward to finding the individual who will carry forward the vision of Preparing Champions for Life.

We wish Matt, Julie and their children the very best as they embark on a new journey together."

Rhule spent three seasons in Waco, guiding the re-build of the Bears following a sexual assault scandal. Following each of those seasons, Rhule interviewed for NFL head coaching jobs.

Rhule spent one season as an NFL assistant in 2012, serving as the New York Giants' assistant offensive line coach.

Rhule finished 19-20 in his three seasons at Baylor, guiding the Bears to their first Big 12 Championship Game appearance in 2019. 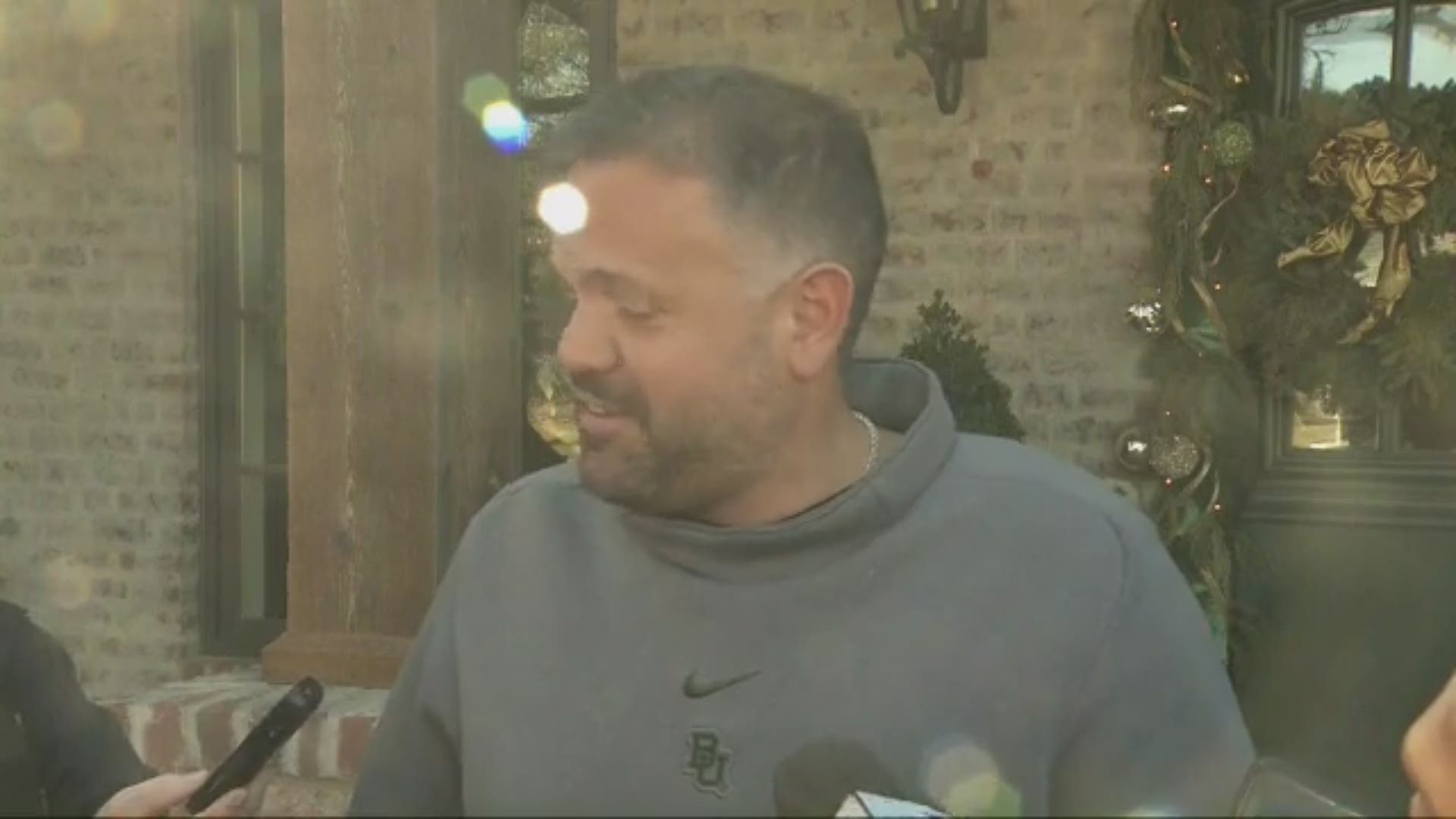 According to a source, Athletic Director Mack Rhoades contacted the team about Rhule accepting the job. Joey McGuire will be serving as Interim Head Coach.

In light of Rhule's departure, Baylor's program is going to lose All-American James Lynch, a source said. Lynch told NFL agents he would declare for the NFL Draft if Rhule left.

In multiple tweets, the Carolina Panthers announced their agreement with Rhule.

"The Panthers have their next head coach. Carolina agreed to terms with former Baylor Head Coach Matt Rhule on Tuesday. Rhule will be the fifth head coach in franchise history," the program wrote.

Baylor heading to Sugar Bowl for 1st time since 1957 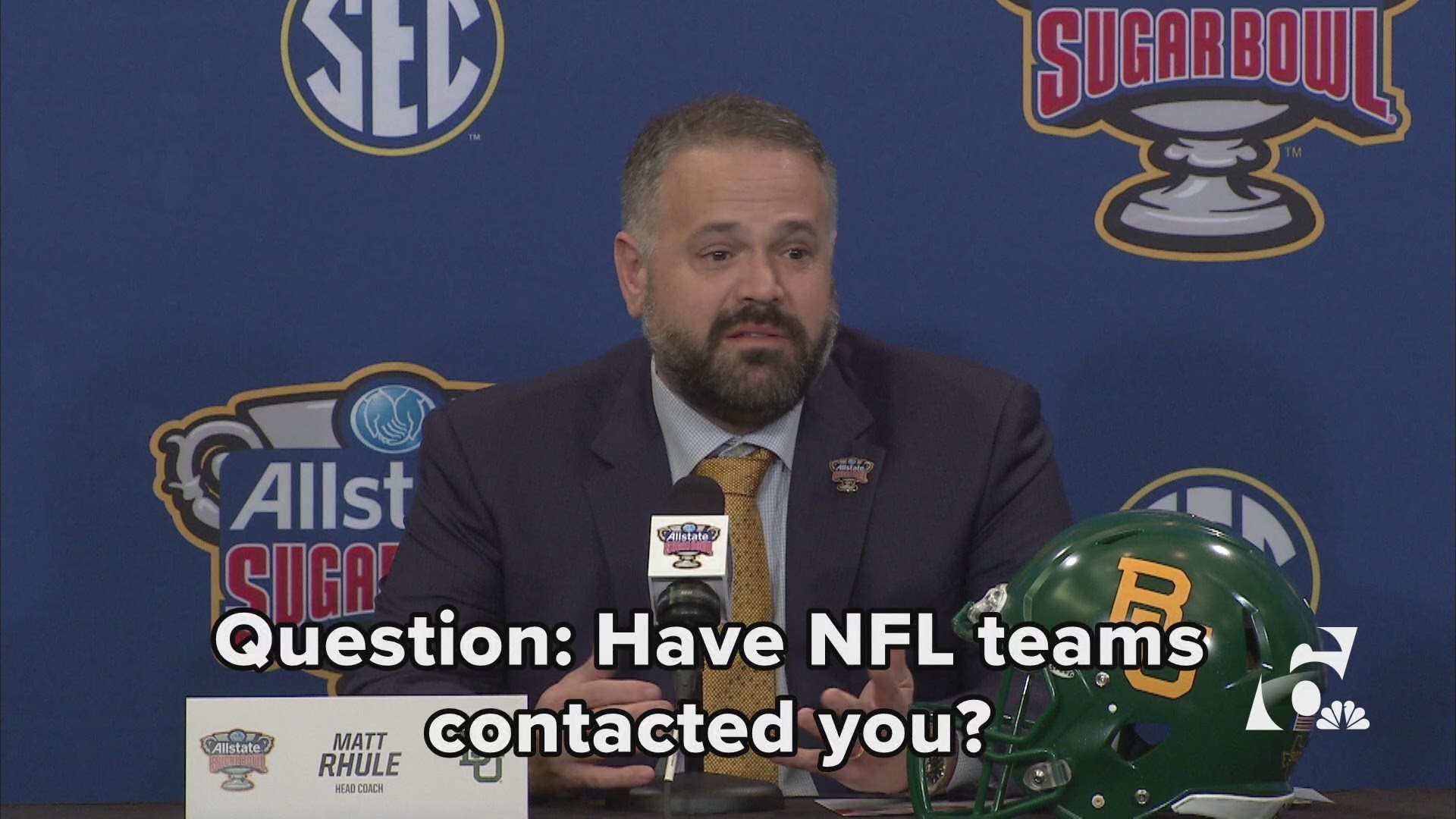