In Waco, the community remembers the life of Waco-native Doris miller, a Pearl Harbor hero and the first African-American to receive a Navy Cross. 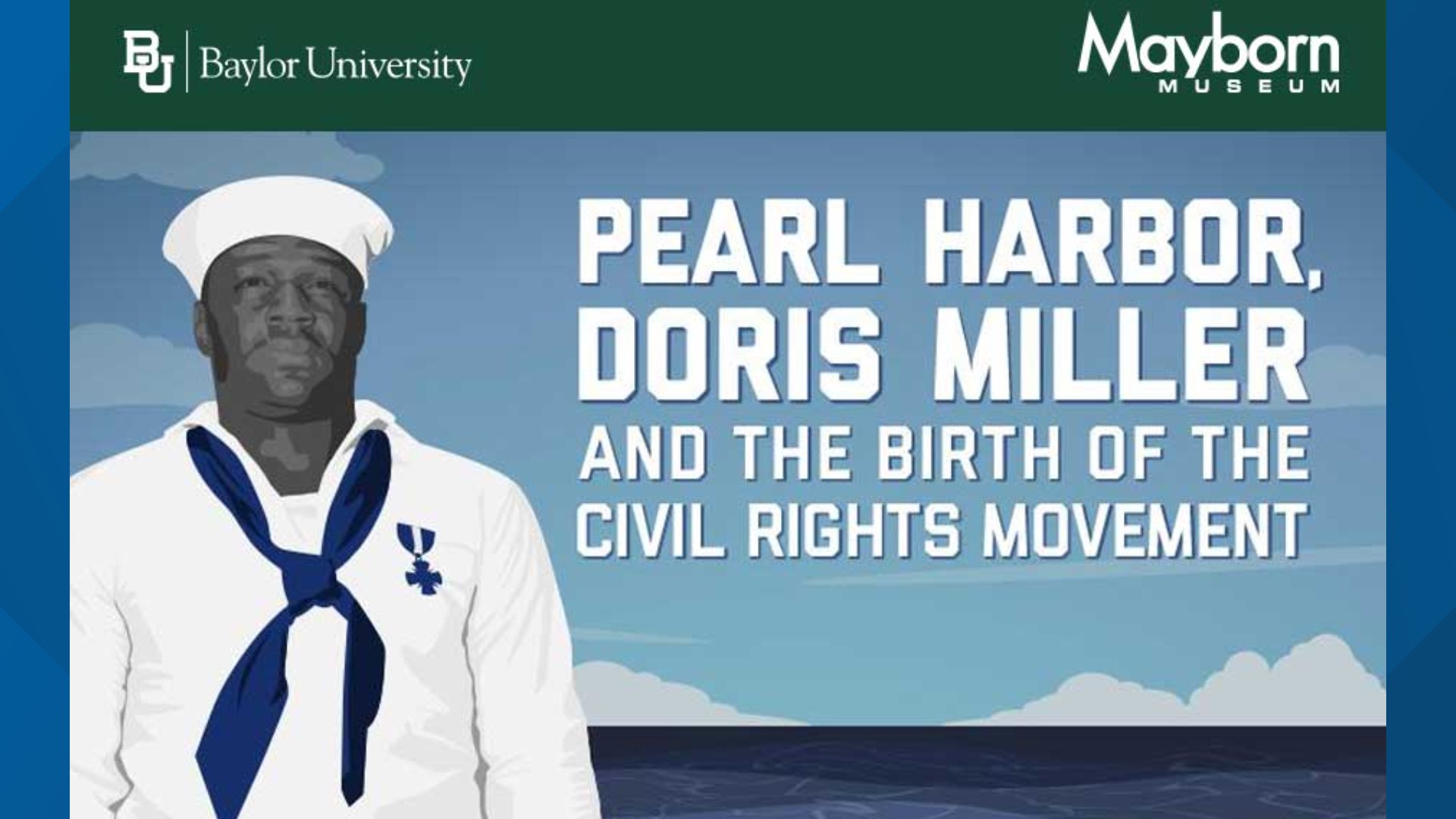 Monday marks 79 years since the attack on Pearl Harbor where Japanese forces did a surprise attack on the naval base in Hawaii. More than 2,400 Americans died in the attack and another 1,000 people were wounded.

In Waco, the community remembers the life of Waco-native Doris miller, a 22-year-old mess attendant in the Navy who became a Pearl Harbor hero and the first African-American to receive a Navy Cross.

The Mayborn Museum is hosting a virtual event featuring Baylor professor of history Michael Parrish, a co-author of the book Doris Miller, Pearl Harbor and the Birth of the Civil Rights Movement.

"This is a lasting legacy to our community," Parrish said.

On December 7, 1941 after Miller served breakfast, the Japanese forces attacked and he was thrown into action.

"He helped take his dying captain to a place to relative safety on board the ship and then manned the 50 caliber machine gun," Parrish said. "He became a real hero taking the initiative by trying to shoot down Japanese planes. He also helped to save several of his shipmates from dying in the water."

Parrish said Miller's actions made him a catalyst to the larger ongoing Civil Rights Movement.

"the African American press learned of Doris Miller's heroics and publicized him and helped persuade the Navy by going to influential politicians and eventually to president Franklin Roosevelt and demanding that Doris Miller be honored," Parrish said.

According to Parrish, Miller is more than just a hometown hero. His recognition, later lead to the desegregation of the armed forces after the war.

Parrish's book Doris Miller, Pearl Harbor and the Birth of the Civil Rights Movement, can be found online.