McNamara made the announcement Thursday at a McLennan County Republican Club meeting. 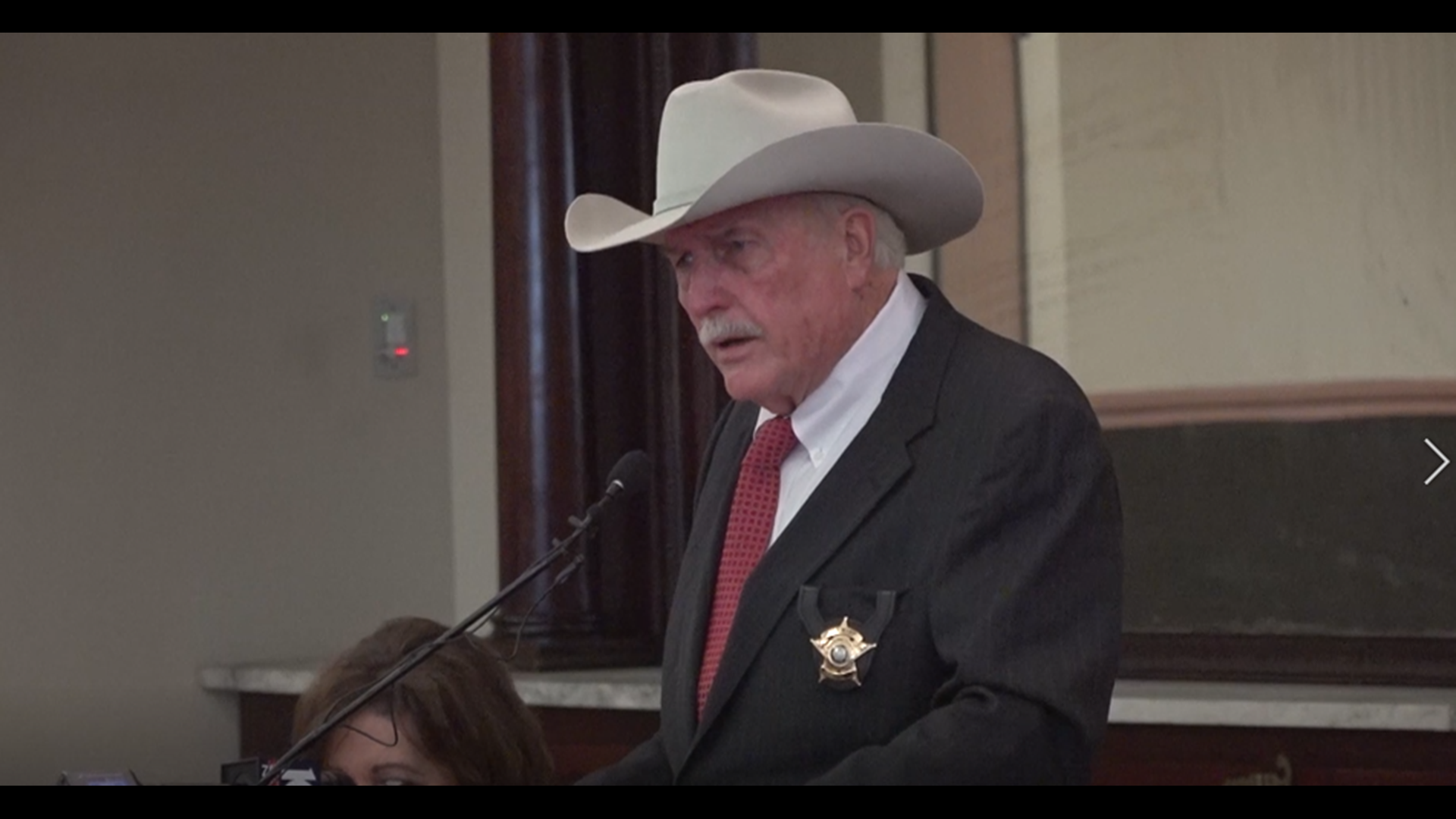 WACO, Texas — It was a full house at the Texas Rangers Hall of Fame in Waco as McLennan County Sheriff Parnell McNamara announced that he will seek re-election.

McNamara made the announcement Thursday at a McLennan County Republican Club meeting. McNamara said he's hoping to accomplish more for the community if he's re-elected, like digging deeper into solving more cold cases in McLennan County.

He said the sheriff's office already solved three cases that went unsolved for more than three decades during his time in office. McNamara has been the sheriff in McLennan County since 2013.

"I am committed to run as long as I could possibly run, as long as my health holds up, and as long as the people of McLennan county wants me."

McNamara said he and his deputies still have big plans to address human trafficking.

He said so far, they've arrested close to 600 people on sex trafficking offenses in the last three years.

His campaign slogan is "Running the Herd on the Lawless."