Deputy Matthew Jones was killed when he was hit by a car on the side of the road in Riesel. 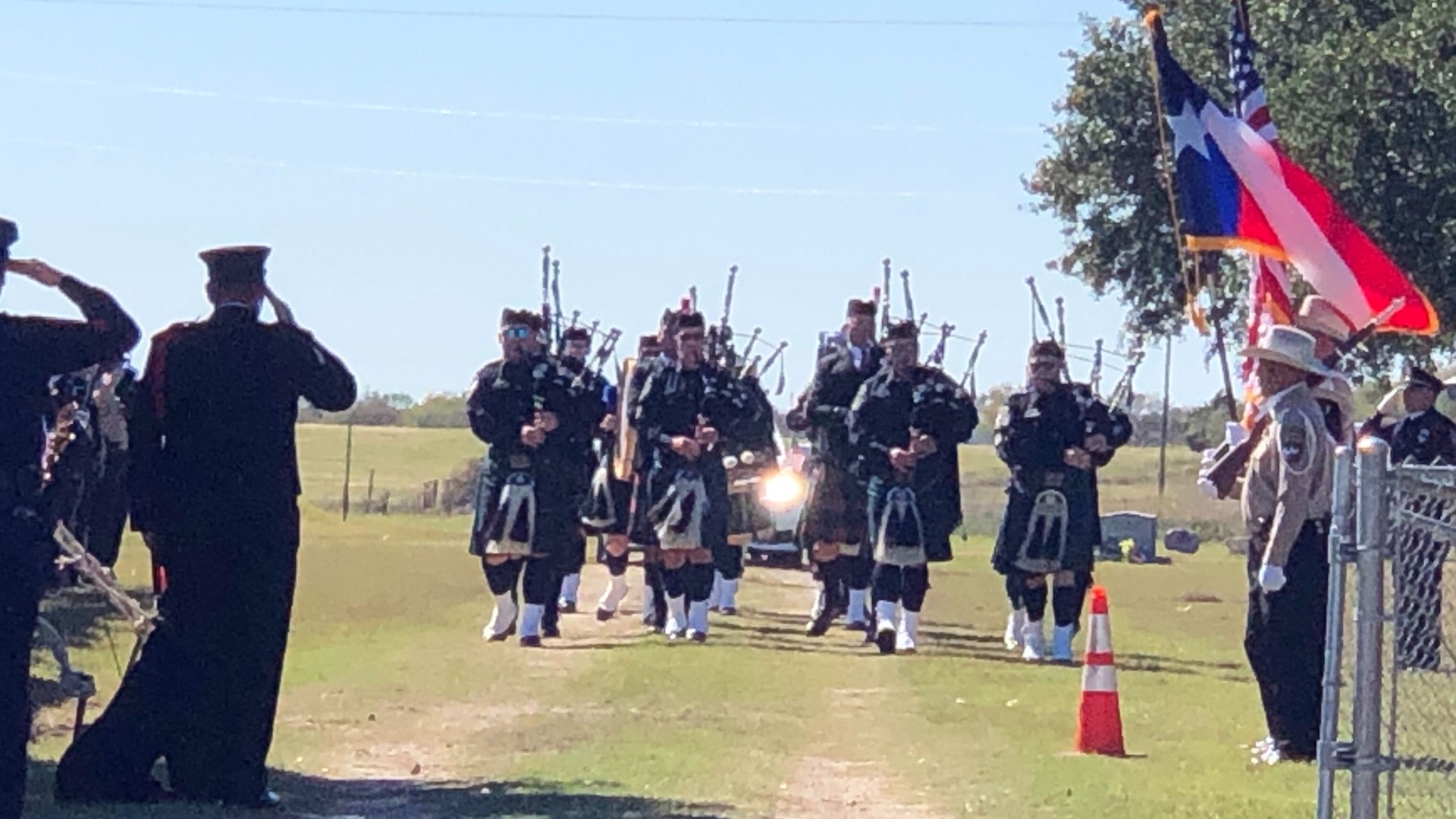 Jones was killed Oct. 11 when he was struck by a car in Riesel while he was helping a stranded motorist.

Falls County Sheriff Ricky Scaman shared his memories of Jones and when he first met him after taking over as Sheriff.

Chaplain John Babler was the primary speaker for the service.

Jones and Riesel Police Chief Danny Krumnow were hit by a vehicle on State Highway 6 near County Road 190.

Jones was pronounced dead at the scene and Krumnow remained in the hospital Friday.

The graveside services were held at Gerald Cemetery in McLennan County.

The procession from the church to the cemetery included hundreds of cars. It took more than an hour for everyone to arrive.

Law enforcement officers from around the state attended the funeral and graveside service.

"We don’t look at it as an officer in another county, we look at it as we lost a brother whether he worked right here at Waco Police Department, or whether he worked at a different agency or even in another state,” Sgt. Patrick Swanton with the Waco Police Department said. "There is still a piece of us that’s gone. We are going to do what we can to honor and respect him." 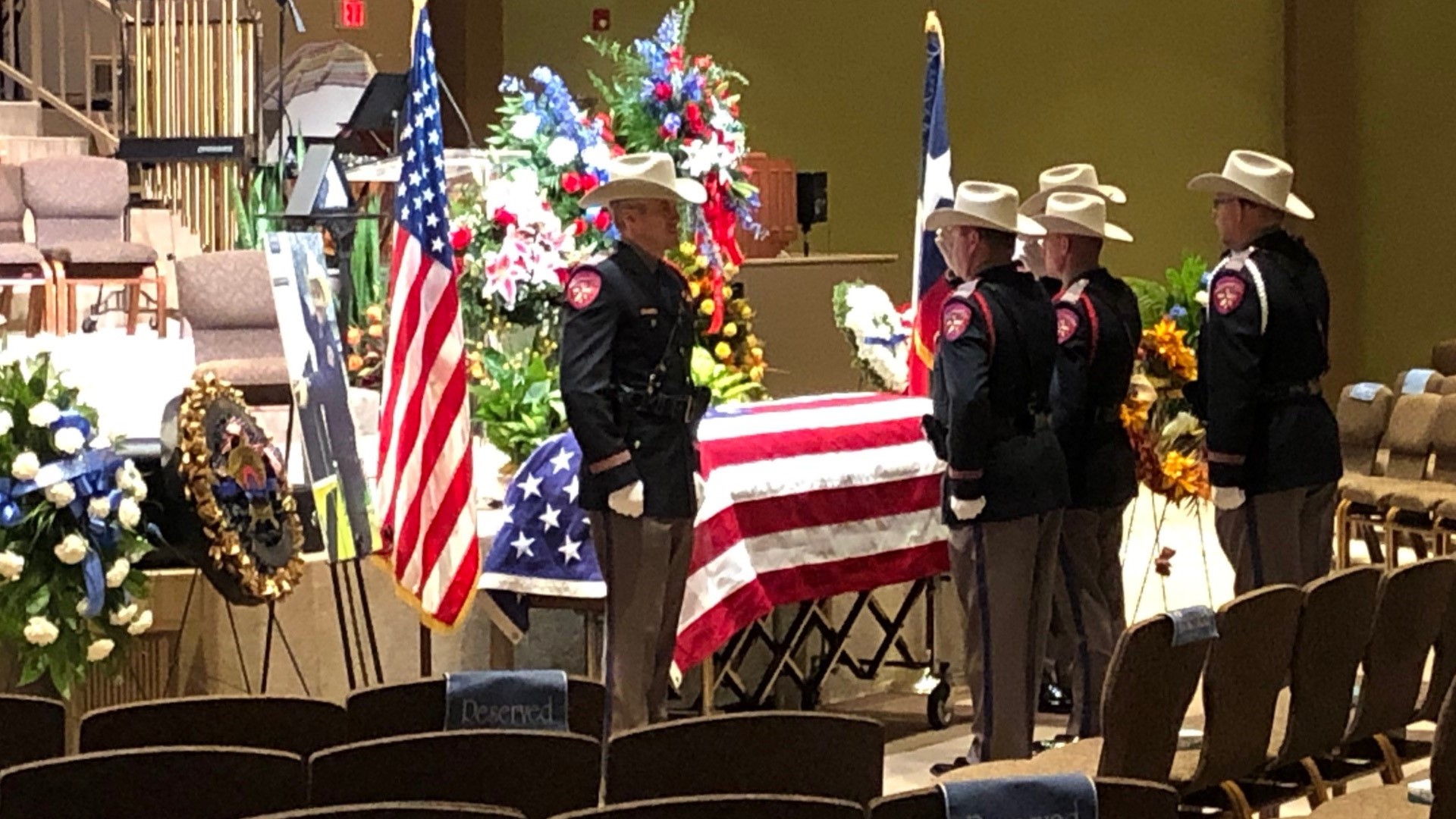 From California to Florida, families are showing compassion.

Zechariah Cartledge, 10, ran one mile on Sunday carrying a flag to remember  Jones.

"I also run to make them feel a little bit happier through their hard time,” Cartledge said. “I know they go through deep sorrow when they lose someone they love the most. So I just want them to have even the slightest bit of happiness from me." 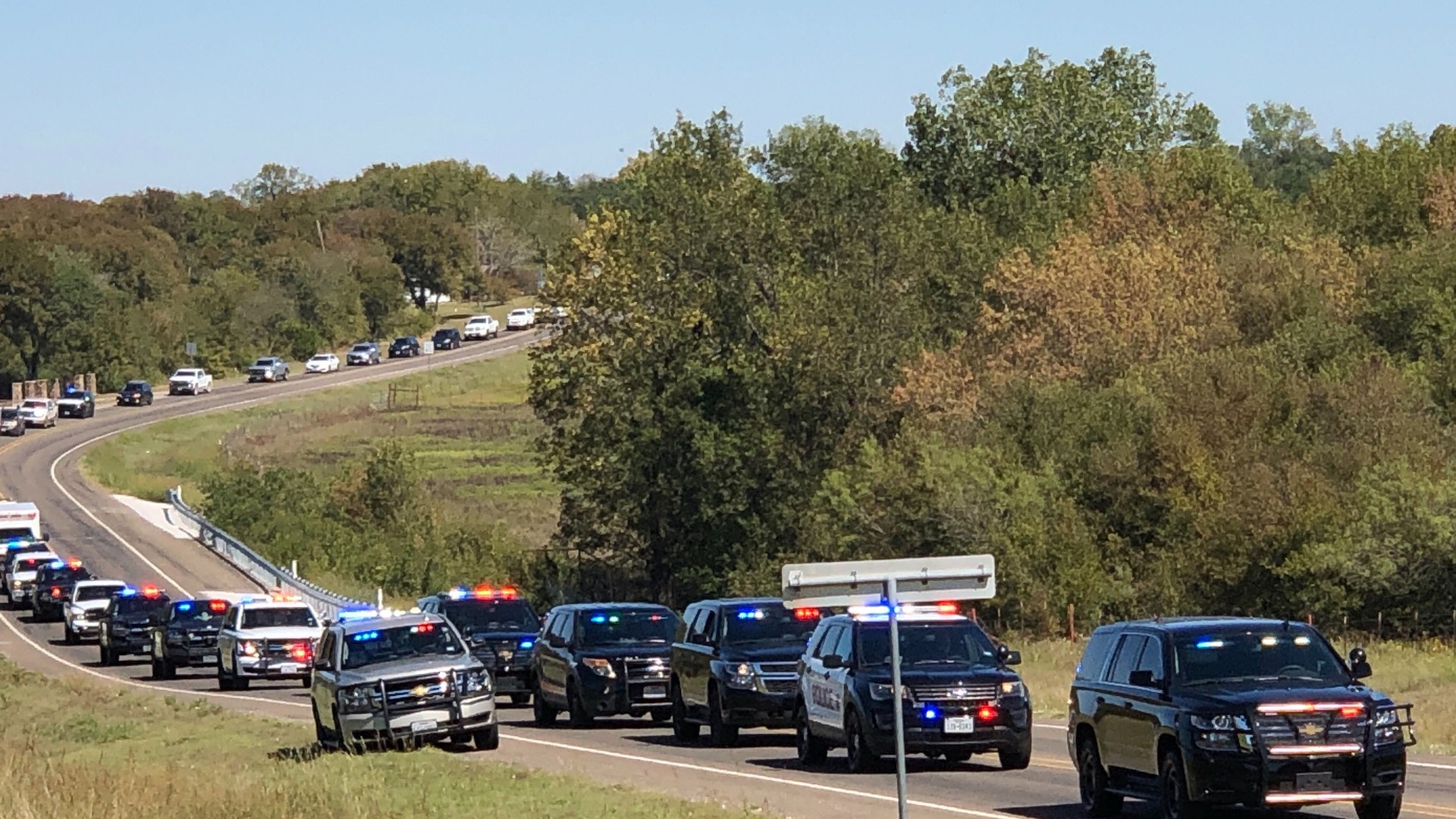 Krumnow's family was told he is looking at multiple surgeries but will not be able to undergo them until he regains strength.

"He has a lot ahead of him,” Swanton said. “He is still not out of the woods. We are grieving for one and praying for another. So it’s a huge mix of emotions."

Swanton said officers from across the state will be at Jones' funeral.

Waco Peer support team visited with Deputy Jones's wife. She told them she is so thankful for all the thoughts, and support that she has received. She wanted to thank everyone who has reached out to her and is very appreciative of what the community is doing.

The route for the procession is attached below.

'Let me out!': Man gives family one last laugh at his own funeral