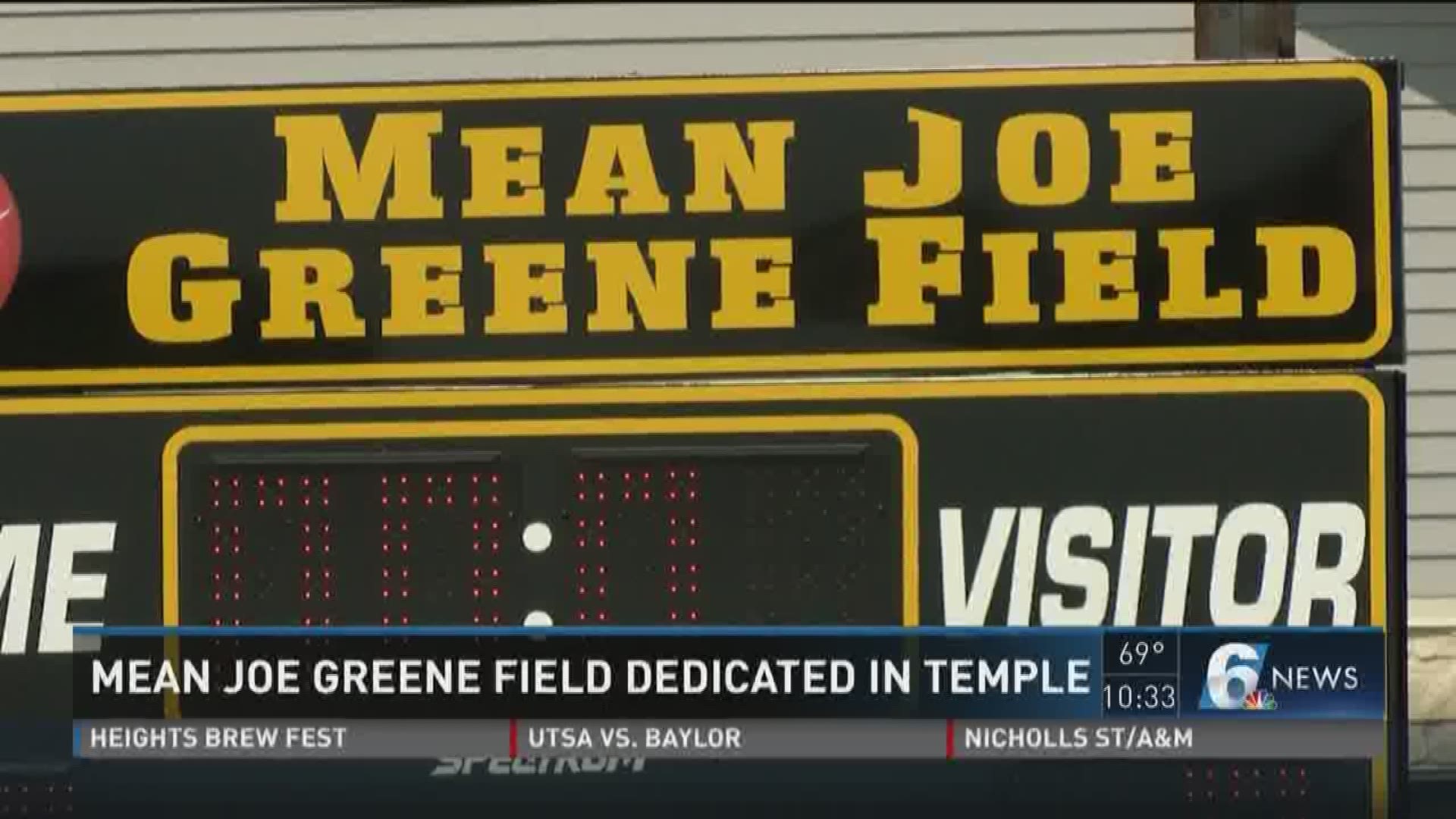 TEMPLE, Texas — "Mean" Joe Greene has added another piece of history to his resume, as he became the first athlete in Temple Independent School District history to have his jersey retired during a ceremony before Temple High School’s home football game against Harker Heights on Oct. 1.

He was raised in Temple, attending Wheatley and Crestview Elementary Schools before becoming a standout football player and track and field athlete at Dunbar Junior/Senior High School. Greene starred on the field for the Panthers and earned a football scholarship to North Texas State University (now the University of North Texas) upon graduating from Dunbar in 1965.

“I am overjoyed to have my Dunbar High School football jersey retired,” Greene said in a release announcing the news. “It gives me the opportunity to thank Dr. Bobby Ott, Temple ISD superintendent, for his desire and energy to bring recognition to the Meridith-Dunbar Early Childhood Academy and the historical recognition of Dunbar Jr./Sr. High’s former students and staff. I would also like to thank Curtis Elliott and Lester Moore, my former coaches, who are responsible for my attitude and desire to win one-on-one all the time.”

Greene would go on to earn three varsity letters at North Texas. He was a three-time All-Missouri Valley Conference selection and earned MVC Player of the Year and consensus All-American honors following his senior season in 1968. The Mean Green would go on to post a 23-5-1 record during Greene’s varsity career in Denton.

Greene was an eight-time All-Pro selection and a ten-time Pro Bowl selection during his career in Pittsburgh. He was also voted to the NFL’s 75th Anniversary and 100th Anniversary All-Time Teams. He was inducted to the Pro Football Hall of Fame in 1987.

“The retirement of his jersey is symbolic for many reasons but none more important than the fact that he has done it all the right way – on and off the field,” said Dr. Bobby Ott, superintendent of schools for TISD. “Joe is one of the most genuine and authentic individuals I have had the fortune of befriending and we are truly blessed for his continued support of Temple ISD.”

After his playing career ended, Greene coached professionally for the Pittsburgh Steelers, Miami Dolphins and Arizona Cardinals. He finished his career in professional football as the special assistant for player personnel for the Steelers before retiring in 2013.

Greene’s #75 jersey has now been retired by Temple ISD, the University of North Texas and the Pittsburgh Steelers.