A Killeen woman couldn't understand why brake repairs were taking so long and after growing tired of searching for answers, she contacted 6 News to help. 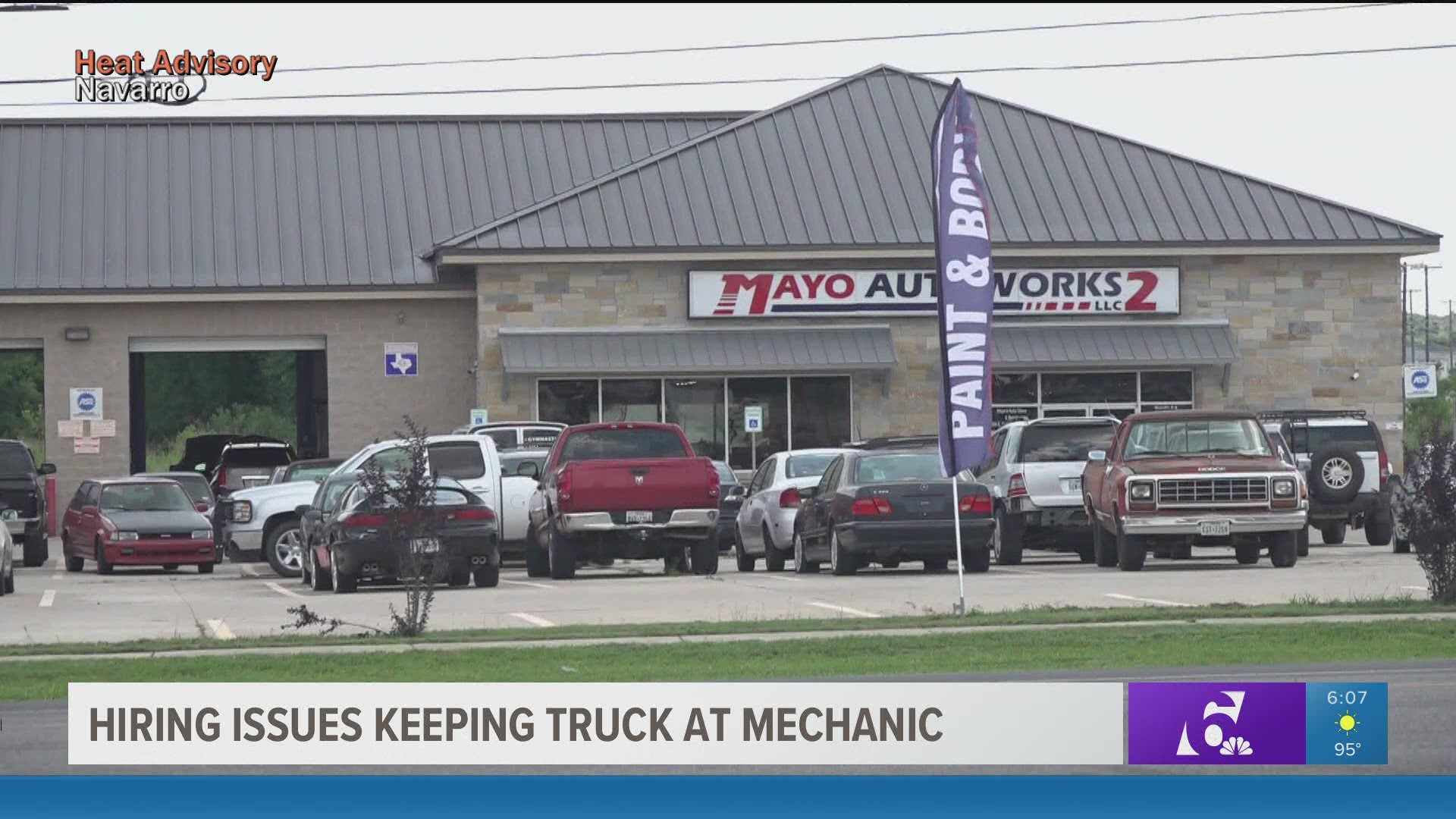 KILLEEN, Texas — Etta Sharp, 65, told 6 News she took her 1998 Chevrolet Cheyenne to Mayo Autoworks 2 in Killeen at the beginning of May and said it was supposed to be ready days later on May 7. She said she visited the dealership several times, and made calls since that time, but the truck is still not ready as of June 14.

"He just kept giving us different dates, and frustrating the devil out of us. How are you supposed to plan your day when they don't give you a day," Sharp said.

Sharp showed 6 News a calendar with the many times they contacted Mayo Autoworks. She said she had even tried to call and ask for the owner of the company. Sharp said the company still couldn't give a reason why the date to finish the job kept moving.

RELATED: US economy sees plenty of growth, but not enough workers or supplies

When 6 News visited Mayo Autoworks 2 on Monday, no manager or mechanic would talk to us on camera. The shop foreman, however, who goes by Javier, did give 6 News a better idea of what was going on.

The foreman told 6 News, the location now only had three mechanics and often had just two working on a particular day. He said hiring new mechanics had been impossible, as they can't find people who are looking for a job. He said the business would normally operate with a crew of five.

6 News is still waiting for an owner or manager to return our call, but the foreman said the brake work on Sharp's truck was nearly finished and it should be ready by Wednesday.

"If they will, yes, if they don't, we'd just as soon pick it up and take it somewhere that will. That's not unreasonable after more than a month," Sharp said.

The foreman told 6 News the business is still looking for people to interview at this time, if anyone in the area needs a job.

RELATED: Restaurant ready for grand opening, but there's a big problem: 'Jobs are there, but worker's aren't'