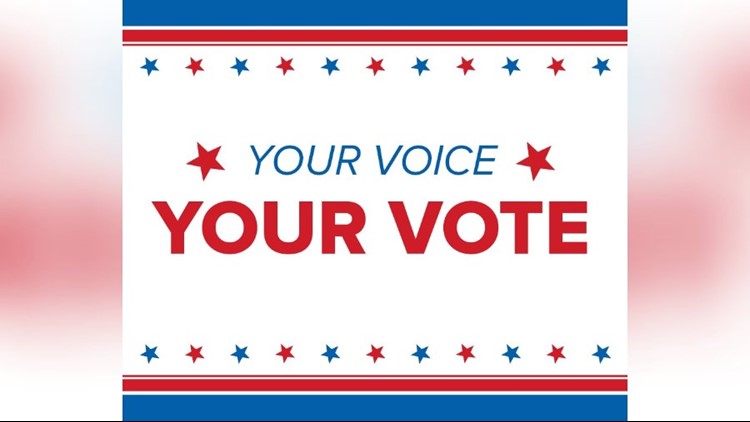 MIDTERM RESULTS: These are your elected officials

These races will be featured in our newscast and include congressional seats, as well as positions in the Texas executive and legislative branches.

Rep. O'Rourke has served Texas' 16th District in the U.S. Congress since 2013. He wants to establish universal healthcare, increase public funding for education and lower the barrier to entry for small businesses. He also wants to end the militarization of the immigration enforcement system.

Dikeman is a venture capitalist with over nine startups under his belt. He is an advocate for privacy in the digital age, free trade and creating a clear path for immigration and citizenship. On social issues, he wants to limit the government's role in peoples' personal lives.

Rep. Brady has served 8th District of Texas in the U.S. Congress since 1997 and held on to his seat Tuesday.

David is a business and efficiency expert for Houston. He wants to increase public education funding, especially so teachers' pay can increase. Additionally, fixing the cycle of student loans and debt is an issue he'd tackle while in office.

Duncan is running on the Libertarian Party of Texas' platform. This includes stances like government staying out of healthcare, no more war on drugs and strong individual privacy rights.

Rep. Flores has served 17th District of Texas in the U.S. Congress since 2011. On Tuesday, he won the battle for his seat.One of his goals is to stop big government advancement and the social justice agenda of liberals. Additionally, creating energy jobs for Americans is another one of his priorities.

Kennedy is a software engineer challenging Rep. Flores for the 17th District seat. He said he wants to bring technology, energy and manufacturing jobs to Central Texas. He also wants an improved, clear path for immigration and citizenship.

Churchman is also challenging Rep. Flores for the seat. He believes veterans need expanded benefits and the government needs to stay out of peoples' personal lives. Additionally, he wants to decrease the federal deficit.

Rep. Williams keeps the 25th District of Texas seat in the U.S. Congress that he's held since 2013. He holds a seat on the House Committee on Financial Services. Border security is one of his top priorities.

Oliver's motivation for running for Congress is her belief in high-quality, universal healthcare. She also is a proponent of easy and equal access to reproductive health care for women. Additionally, addressing and combating climate change is another one of her priorities.

Lindsey is a strong advocate for ending the war on drugs. The hashtag "#FreeTheShrooms" is on the homepage of her site, along with "end ALL wars." Additionally, she wants to abolish the death penalty and keep borders open.

Luecke4Congress.org's homepage reads "the end game for climate change is extinction" over an image of a polar bear among melted ice caps. Establishing clean energy is a huge priority for him. He also believes it's time to get rid of the two party system.

Rep. Carter has served the 31st District of Texas seat in the U.S. Congress for eight terms and will continue after winning his seat again Tuesday. Carter is the Chairman of the Homeland Security Subcommittee on Appropriations. He supports an "enforcement first" approach to border security. He also wants to improve and highlight the value in career and technical education.

Hegar is a former Air Force helicopter pilot, and she received a Purple Heart while protecting her crew in Afghanistan. A major goal of hers is to get money and special interests out of politics, especially by reversing the Citizens United Supreme Court ruling. She also wants to end partisan gridlock in Congress.

Hope is the libertarian candidate for the 31st District seat. Some of his policies include expanding benefits for troops with PTSD, and bringing troops that are overseas home. He is an advocate for the Second Amendment.

Abbott has served as governor since 2015. He won relection Tuesday, topping Lupe Valdez.

Abbott's goals include increasing government transparency, improving public schools and bolstering border security. Additionally, he wants to prevent tax dollars from funding abortions, and put an end to human trafficking in the state.

Tippetts is running as a libertarian to "break the two-party duopoly" that he says gives power to politicians who don't follow through on their promises. He views taxes as a forced taking of property. Furthermore, he is pro-marijuana legalization and opposes Trump's wall.

Patrick has held the lieutenant governor seat since 2015. His goals include securing the border, reducing property and business taxes and addressing Texas' infrastructure challenges.

Collier worked in auditing for a decade, so it makes sense he wants to establish a commission for auditing, performance and integrity for the state. Additionally, he supports an increase in the minimum wage as well as affordable health care.

McKennon is the County Coordinator for the Libertarian Party of Texas, and he's working to affiliate every county in the state. Some of his goals include eliminating property taxes and the death penalty and legalizing gambling in the state.

Paxton has been Texas' Attorney General since 2015 and will keep his seat after Tuesday's election. He is a defender of the state's Voter ID law and wants to secure the border. Additionally, he is anti-government regulation, especially when it restricts job growth.

As Attorney General, Nelson would fight against corruption and gerrymandering, while supporting healthcare and immigration. As far as healthcare goes, he'd maintain protections for pre-existing conditions and protect access to it.

Harris has practiced law as a criminal defense lawyer since May, 1999. Harris is running for the seat because the 2016 Presidential Election convinced him "there was something seriously wrong with America's current version of the two party system," he told the Dallas Morning News. One issue he'd tackle in office would be civil asset forfeiture laws.

Commissioner of the General Land Office

Bush is the son of former Florida Governor Jeb Bush, and nephew of President George W. Bush. He has served as Texas Land Commissioner since 2015. During his tenure at the position, he increased government transparency, preserved The Alamo and fought against the Endangered Species Act, according to his website.

Piña graduated from University of Texas at San Antonio with a Master's Degree in Political Science. His policy goals include improving the state's disaster recovery, supporting the Permanent School Fund and protecting private property rights.

Dr. Schwertner has held this seat since 2013, and is currently Chairman of the Senate Committee on Health and Human Services. When not in Austin, he works as a practicing orthopedic surgeon. According to his website, while in office he passed legislation to protect private property, gave law enforcement additional resources to secure the border and fought bad nursing homes in Texas.

In her finance career, Walsh negotiated multi-million dollar international contracts for companies like Dell, IBM EPCOT and others. Her priorities include improving teachers' pay and retirement, bringing health care to all Texans and strengthening unions.

Lyons was born and raised in Austin. She plans to bring reform to education, cannabis laws and property taxes.

Kacal currently holds the seat. He's a lifetime beef cattle rancher, and runs a full-service hunting business during the fall and spring. While in office, he helped balance the state's budget and passed bills to bolster border security and critical water infrastructure, according to his website.

Arnold worked as an accounting manager for 20 years, then switched careers and worked as a plant tissue researcher for Texas A&M. Now, she is the vice-chair for the Brazos County Democratic Party. Her goals include repairing Texas infrastructure, ending cuts to public education and increasing the minimum wage to $12.50 an hour.

Wilson currently holds the seat. He recently retired from the U.S. Army after more than 30 years of service. His agenda includes ending sanctuary cities and rejecting amnesty for undocumented immigrants, ending abortion in Texas and eliminating ineffective education bureaucracies.

According to a Ballotpedia survey Wyman participated in March, his top three priorities if elected are health care, expanding public education to post doctoral and repairing common carrier infrastructure.

Anderson has held the seat since winning his first election to represent District 56 in 2004. His agenda features keeping taxes low for local businesses, prioritizing parents' voices for how schools operate and defending the Second Amendment.

Ashby has held the District 57 seat since 2013. During his time in Austin, Ashby voted to cut property taxes, strengthen Second Amendment rights, reduce the business margins tax and focus more resources towards a secure border.

Felton was appointed as McLennan County Judge in 2012, and was elected to a 4-year-term in 2014. Prior to his judgeship, he worked at Wells Fargo for 30 years and was eventually the bank's president.

Allen is a case manager at the Heart of Texas Veterans One Stop and a former Waco councilman. On his Facebook page, he said he's pro-LGBT, supports the Me Too movement and showed support for local businesses.

Wilson spent thirty years working in law enforcement. Most recently, he worked as regional spokesman for the Department of Public Safety. Wilson's main goal is to take care of rural roads.

Chisolm-Miller is the first African-American woman to hold the seat. She said she wants to be an advocate for those who are underrepresented. One of her goals is to increase wages.

This was Young's first time running for judgeship. He has more than 20 years of experience as a trial lawyer, and his business experience comes from running a law practice and a cattle ranch. He said on his Facebook page that those experiences will "be invaluable in administering the County budget."

Young replaces Dave Barkemeyer, who decided not to run for a third term.

Melde was also a first-time candidate.