"I believe in the cause. I believe we need to get back to the true meaning of Memorial Day," said Sergeant Andrew Deleon, a Marine Veteran who is cycling with the West Coast Carry the Load team. 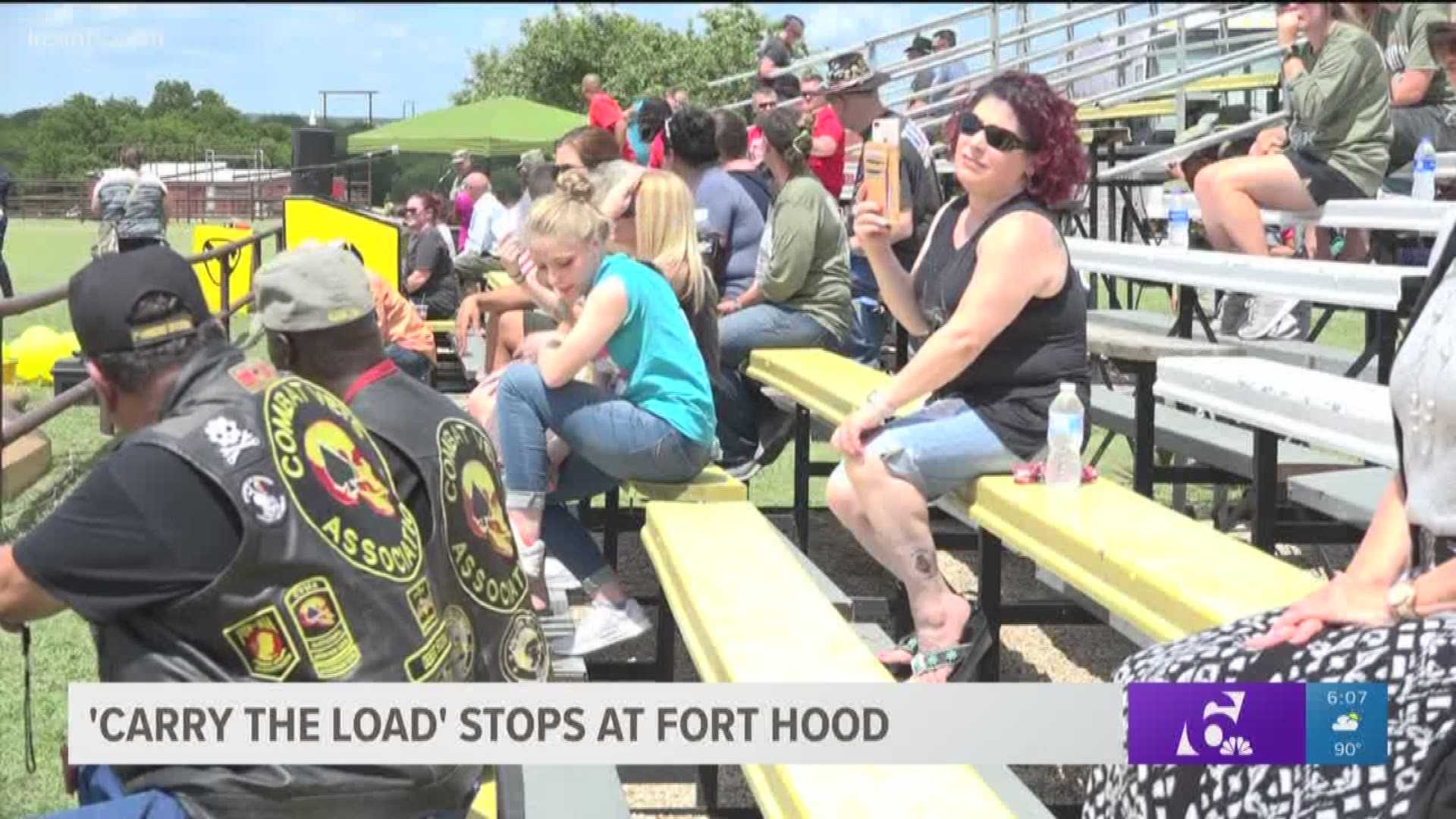 Fort Hood — A 32-day journey across the country to remember those who gave the ultimate sacrifice makes a stop at Fort Hood.

Veterans and civilians come together to Carry the Load, cycling and walking, carrying up to 80 pounds.

Carry the Load started back in 2011 by two Navy SEALs who were frustrated and believe Americans did not remember the true meaning of Memorial Day. So veteran Navy SEAL Clint Bruce put one pound in his bag for every fallen brother or sister and started walking.

Carry the Load’s West Coast Relay Manager Travis Swaim and about nine other team members started in Seattle and will travel a total of 4,300 miles. They started April 26.

"I walk in honor of my grandfather Bill Swaim who was a World War II veteran as well as for the friends and family of the people who I have met on the road," Swaim, Carry the Load West Coast Relay Manager said.

The team started in Seattle, then traveled through the mountains of California to San Diego, through the Las Vegas strip, through the white sands of New Mexico and in through West Texas, stopping at rally points along the way. They’re meeting up with the east coast team this Memorial Day weekend in Dallas.

Swaim said just a few days ago, a Vietnam vet learned about their mission when they stopped and started walking with them for part of the journey. It’s about sharing connections and stories of those who passed.

"I believe in the cause. I believe we need to get back to the true meaning of Memorial Day, to spread the awareness, to bring everyone together, to remember our nation's heroes," Sergeant Andrew Deleon, a Marine veteran, who is now with the Air Force reserves said.

Deleon said it is important to remember fallen soldiers and first responders who gave it all. So, he is cycling 4,300 miles from Seattle to Dallas for the trek.

"The number one thing I hear, especially from the families of the fallen, is thank you because we are keeping their loved ones' memory alive. And so they are the ones carrying the load right now,' he explained, saying it is about remembering a mother, a father, a sister, a brother, a friend.

The Carry the Load team continues to grow each year since it started seven years ago. The West Coast route was added in 2016.

"A lot of us will carry between 20 and 40 pounds during our walks. Other times, definitely the guys who are military, come out usually with their ruck packs, and I've seen guys upwards of 60, 80 pounds, walking 10 miles, 15 miles," Swaim said.

"I think Fort Hood and the Killeen area are such strong supporters of the veteran community and really understand the meaning of why we carry loads and why we want to remember those we lost," said Captain Justin Nance, Horse Detachment Commander.

'This is definitely a remembrance day. We definitely want to make sure that we never forget where we came from and pretty much where we're gonna go," said Specialist Trevon Price, Farrier and Wagonmaster at the 1st Cav Division Horse Detachment.

With just three days left on the journey, the West Coast team moves on to the next stop before the meet up in Dallas this weekend. 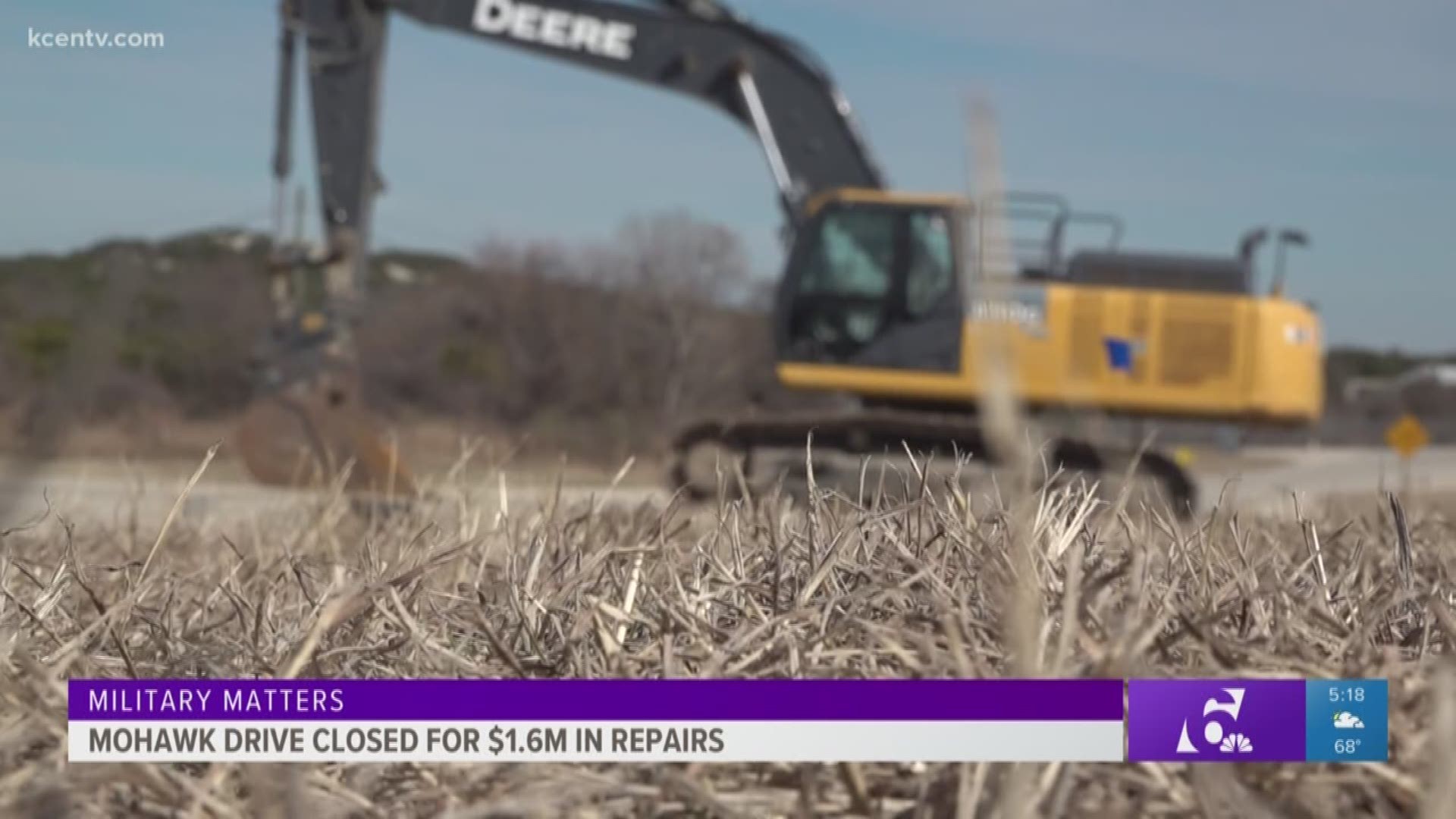