Could a spice be the key to helping Gulf War Illness vets?

"Over 200,000 people are still suffering. It's more than 25 years since the war. They're still suffering and coming up with a treatment would be a great idea. It would really help so many people," said Dr. Ashok Shetty, an Associate Director and Professor at the Department of Molecular and Cellular Medicine at Texas A&M. 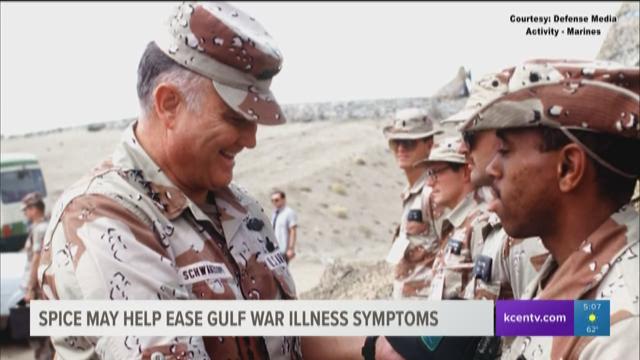 Doctor Ashok Shetty, a Research Career Scientist at the Texas A&M College of Medicine is testing the impact of curcumin on rats and mice who were immediately exposed to Gulf War Illness chemicals in the early 1990s.

Curcumin is a bright yellow chemical found in turmeric spice powder. Turmeric is from the root of a tropical plant and is described as a bitter, pungent flavor with a yellow-orange color.

Gulf War Illness affects veterans who served in the Persian Gulf War after exposure to chemicals overseas. Symptoms include fatigue, memory problems, headaches, muscle pain and respiratory issues, among others.

"Curcumin has been known to have antioxidant, anti-inflammatory and neurogenic properties, so that's why we thought it's a good candidate for testing," Shetty said.

Doctor Shetty said, based on their recent studies, the bright yellow chemical in the spice is shown to improve cognitive function, reduce brain inflammation and act as an antioxidant. He went on to say it helped create new neurons in the brain. There is not one specific treatment for Gulf War Illness at this time.

"We tested the efficacy of circumin immediately after the exposure to Gulf War illness-related chemicals. And we found the animals can maintain better cognitive function and reduce depressor-like behavior," Shetty said.

The scientist went as far to say curcumin may even have the potential to prevent Alzheimer's disease, according to recent studies.

"Many people take curcumin as a dietary supplement, but it's not regulated by the FDA," Shetty said.

Doctor Shetty recommends people check with their doctors before they start taking the supplement.