"We are shopping year round. Our operations team has been working very, very busily this season. We've had a U-Haul of 1,500 toys arrive two weeks ago. Our toy buyers are at it, our inventory elves have been working," said Emily Damboise, Santa's Workshop President, discussing the continuing operations despite the moves. 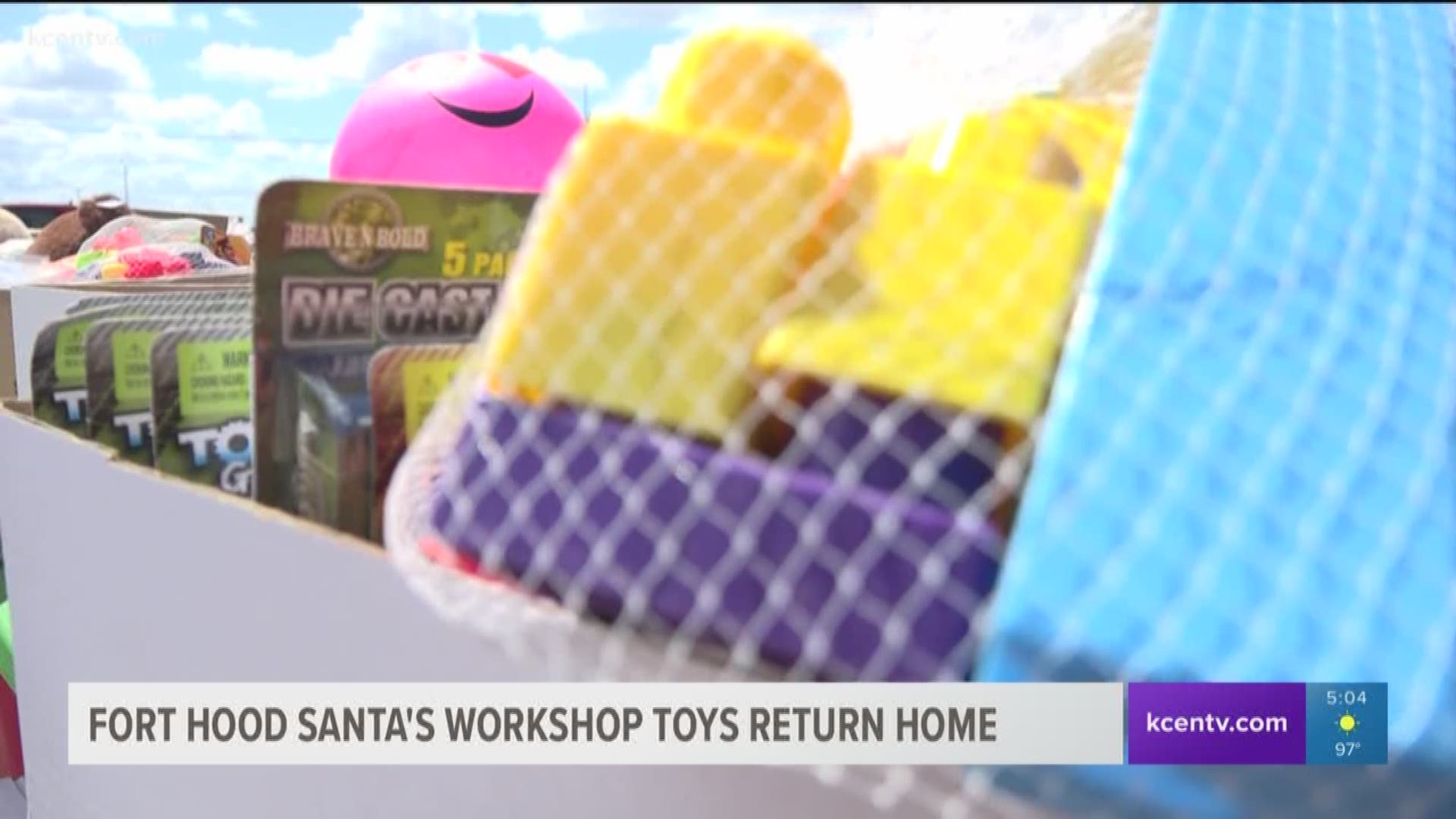 FORT HOOD — The Fort Hood's Santa's Workshop year-round operation is moving back to its original location.

In April, Channel 6 reported the toys, including some of the toys donated during the Camo Santa drive, got water damage because of some leaks. So, the toys were moved to another location on Fort Hood near Howze Auditorium.

"We thought we were going to lose thousands of toys due to mold and mildew and because most of our products are organic products, whether they're boxed in cardboard or organic fabric and luckily we were able to salvage quite a few of them but we couldn't keep them in the building," Emily Damboise, Fort Hood's Santa's Workshop President said.

On Thursday, ahead of schedule, soldiers from the 1st Cavalry Division helped the workshop transfer about 10,000 toys back to their original location at the Commissary on Clear Creek.

The toys, packed into boxes, were staged in a large parking lot during the move. Toys include dolls, soccer balls, books, bicycles and even large stuffed animals.

The Workshop is a year-round operation and the volunteer elves did not stop shopping when the toys moved to the temporary location.

Santa's Workshop has the Christmas in July fundraiser coming up next month on July 11.