She alleged her roommate's boyfriend assaulted her. He's the same man implicated in her death. 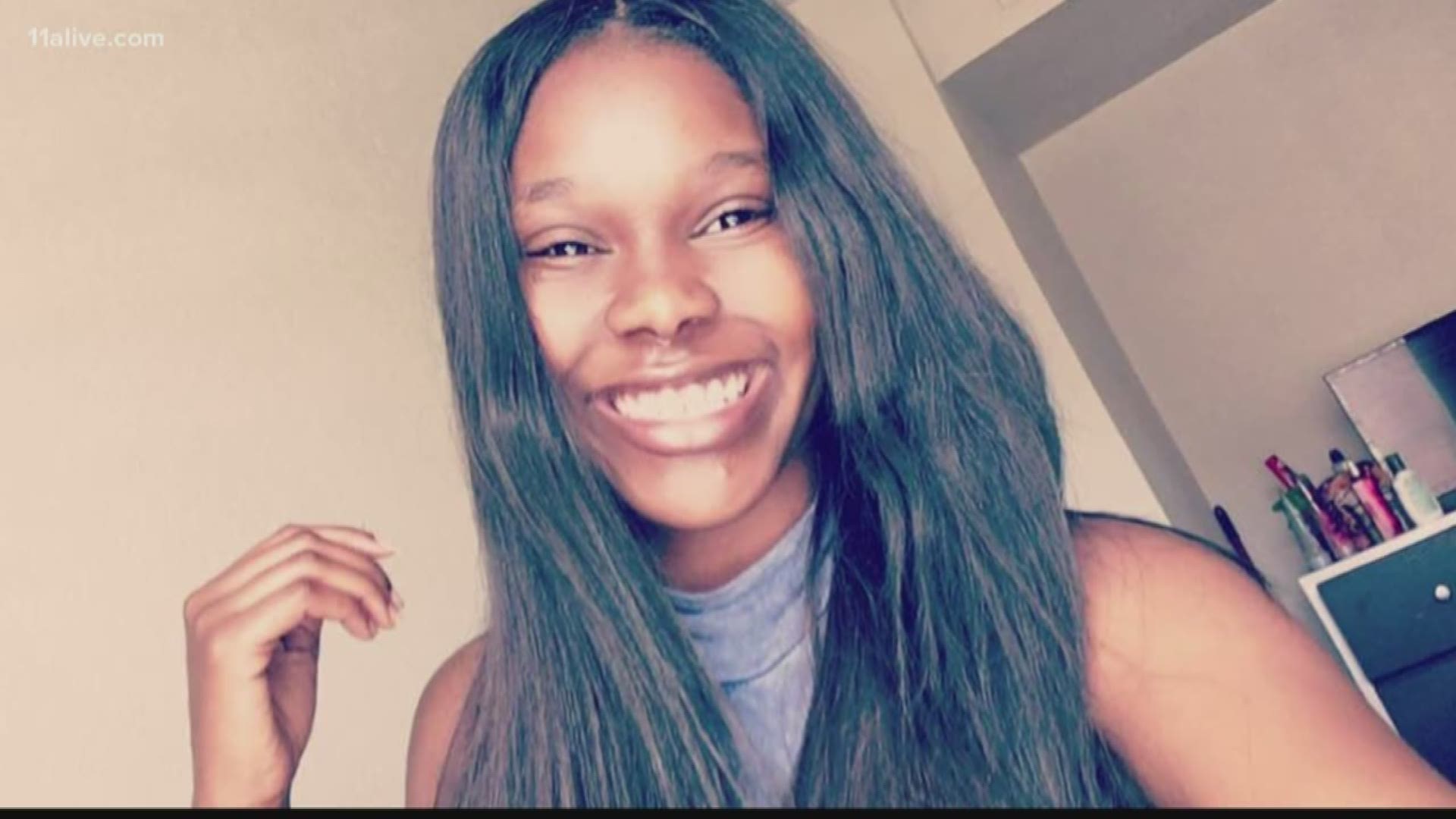 The Clark Atlanta University student who was reported missing a week ago has been found dead. Police said Friday 21-year-old Alexis Crawford’s body was found in a park in DeKalb County off Columbia Drive.

One of the suspects led the Atlanta Police Department to her body. The two suspects in her death are Crawford’s roommate, Jordyn Jones, and Jones’ boyfriend, Barron Brantley. Officers have since arrested both on charges of malice murder.

Brantley is scheduled to appear before a Fulton Superior Court judge for a preliminary hearing on Nov. 22. He is now being held in the Fulton County Jail without bond.

While Atlanta Police Chief Erika Shields said they do not have a clear motive, Crawford did go to Grady Hospital to file a police report alleging that Brantley sexually assaulted her days before she was reported missing.

The sexual assault complaint blacks out Crawford’s name, but lists Jones as a witness and Brantley as the suspect. The report, filed on Oct. 27 at around 6 a.m., indicates all three were drinking together at their apartment on McDaniel St SW when Brantley allegedly started making advances towards Crawford.

The report also details what Crawford remembered from the attack.

She said Brantley followed her into her bedroom. Crawford then went into her bathroom alone and closed the door. She didn't remember anything after that.

According to the report, Jones went looking for Brantley and noticed the bathroom door was closed.

“The witness stated that she started knocking on the door repeatedly. The suspect came to the door with his shirt off and stated to the witness that he had not had sex with the victim,” the report read.

When Jones looked in the restroom, Crawford was disrobed, according to the report. Crawford told police she “didn't remember the suspect (Brantley) being in the restroom with her before she blacked out.”

Brantley had already left in his girlfriend's car before police arrived at the apartment to collect evidence, according to the report.

According to police, Crawford had a rape kit performed on her at Grady Hospital and later told friends that she did not feel comfortable sleeping in her own bed.

In a press conference announcing Crawford’s death, Shields said this was not the outcome they hoped for.

“The case has come to one of the saddest conclusions possible and has been absolutely heartbreaking,” she said before thanking everyone who worked on the case and expressing sympathy to the Crawfords.

The college senior’s mother reported her missing on Nov. 1 after she hadn’t spoken to her for several days. Tammy Crawford and Alexis’ sister Monica told police that they talked with Alexis on FaceTime just after 3:30 p.m. on Wednesday Oct. 30. They said she was in “good spirits” and asked for them to send money through Cash App.

Another sister, Alexandria Crawford, said she texted Alexis at around 8:44 p.m. and asked what her plans were for the weekend. She responded "nothing" and didn't respond further. On this same evening, Crawford shared a post on Instagram at around 9:03 p.m. She also responded to an Instagram group message with laughing emojis at around 9:24 p.m.

Jones told police Crawford asked to be taken to a liquor store on the night of the 30th. Police shared the last known images of Crawford showing her at the store. Jones told police she took Crawford to the store at around 11:30 p.m. and returned home. She said she last saw Crawford around 12:30 a.m. before the Jones went to her bedroom for the night.

Jones told police that Crawford was not in the residence the following morning when she left for class. She said the front door was locked and Crawford wasn't in the living room or bedroom.