Cecilia Huerta Gallegos was last seen in July. SAPD has named her husband as a person of interest in her disappearance. 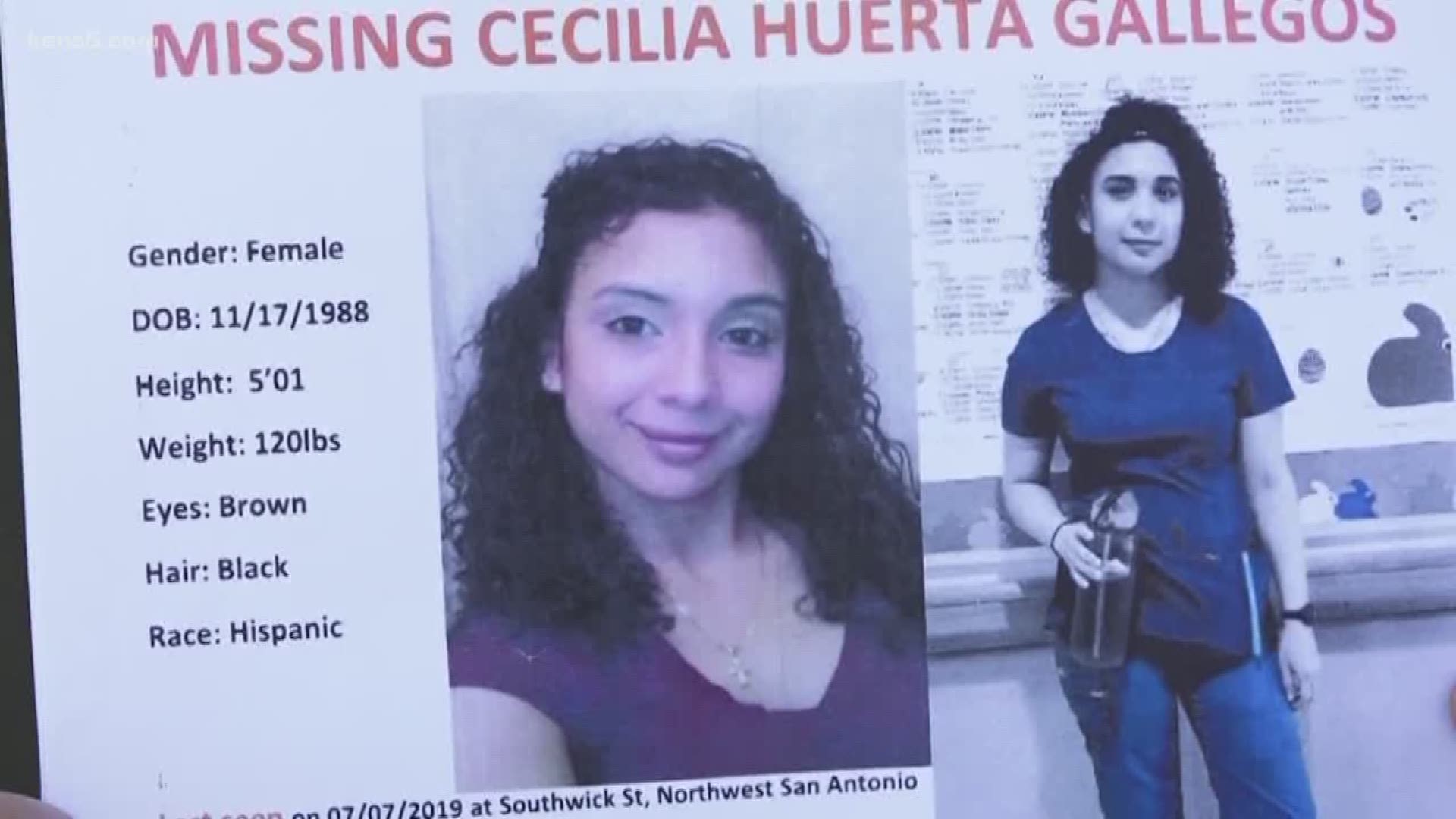 SAN ANTONIO — Missing mother Cecilia Huerta Gallegos is feared dead by her family. Her sister said she's worried this case will go cold if police can't find the body of the missing woman.

Police say Cecilia was last seen the July 7 leaving work to check on her four children, who were at home.

According to an affidavit, home surveillance video shows Cecilia going into her bedroom but never coming out.

Since then, police said Reyes Gallegos, Cecilia's husband, is a person of interest in her disappearance. Gallegos was arrested and facing charges for filing a false report and assault. According to records, the assault allegedly happened weeks before Cecilia's disappearance and Gallegos told police there were infidelity issues in their marriage.

Cecilia's sister, Mireya Lopez, lives in Houston and has actively been searching for answers. She has even begged Reyes Gallegos to give the family and their children closure.

"If he could please open up to us and tell us where he buried our sister, because we know he did it and all the evidence points out to him - the shovels and everything - and I just want closure for her kids and for us," Lopez said.

According to the police report, during a search of the couple's home, cameras caught Reyes with a chainsaw, cleaning supplies, and two shovels - the day after Cecilia was last seen.

Lopez said the children were in the house at the time and heard yelling the night of Cecilia's disappearance.

"She [Cecilia's child] told me that that night she just heard screaming and that she covered her ears up because that he just put her in her room," Lopez said.

Lopez said she wants police to continue to push for her sister's case and asked the department to approve an Equisearch team to help find Cecilia. "They have all the evidence, the DNA, all they want is her body," she said.

She said the family will be helping in an upcoming search happening this Saturday, but a location has not been set yet.