A League City mother is honoring her daughter’s life by fighting for legislation in Texas that would expand AMBER Alert to include adults. 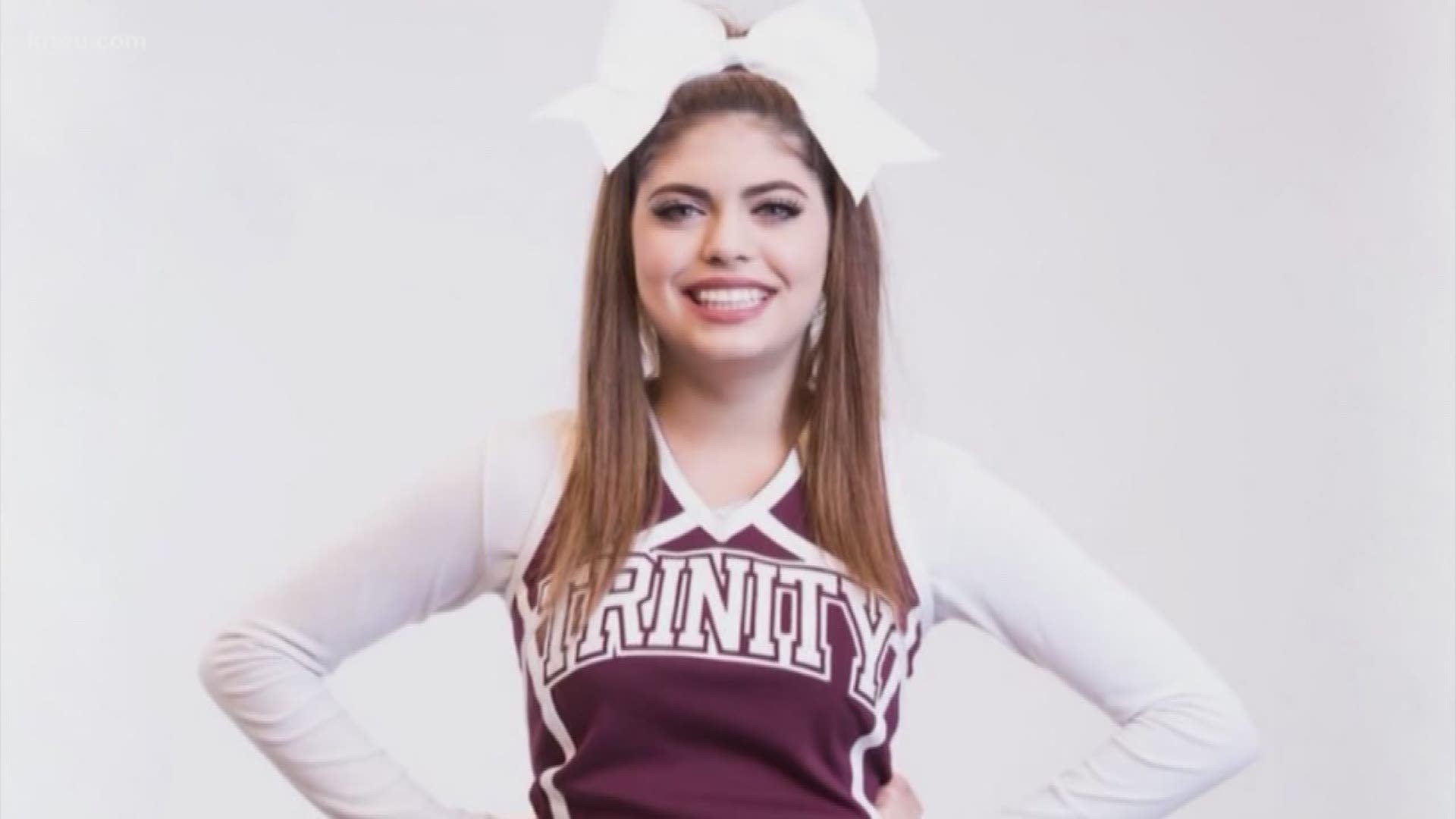 LEAGUE CITY, Texas — A League City mother is honoring her daughter’s life by fighting for legislation in Texas that would expand AMBER Alert to include adults.

Her fight comes after 19-year-old Cayley Mandadi’s murder in 2017.

The Trinity University cheerleader died on Oct. 31, 2017, after a brutal sexual assault, according to Bexar County authorities.

Alison Mandadi, Cayley’s mother, believes an AMBER Alert could have saved her life.

“She was young very idealistic,” Alison Mandadi said. “A teenager in every sense of the word. She was everything to us. She was an only child. She was morning, noon and night. Past, present and future. You can’t even describe, it’s not even possible to put that into words.”

Mark Howerton, a man Cayley Mandadi had been dating at the time, is charged with her murder.

“She was taken in her vehicle. There have been affidavits by friends who said it was not voluntary," Howerton said.

According to affidavits, Howerton admitted to having consensual “rough” sex with Cayley Mandadi in his car after a music festival where they had taken drugs. The documents state that's when he drove Cayley Mandadi to a Luling hospital where she later died.

But investigators said Cayley Mandadi's injuries are consistent with brutal sexual assault and blunt force trauma. In affidavits, Cayley Mandadi's friends describe how Howerton had been violent with her in the past, including one time when he slammed her head against a car window.

“The fact that we don’t have an adult alert system in the state of Texas right now was very likely a contributing factor in her death," Alison Mandadi said.

Alison Mandadi is fighting to change the Amber Alert law in Texas so adults are protected, too, and filed House Bill 1769 on Wednesday.

“There has to be a catalyst for change,” said Andy Kahn, victims' advocate with Crime Stoppers of Houston, “and Cayley is going to be that catalyst. No ifs, ands or buts.”

Kahn said the bill has support from the Houston Police Department and the Sheriff’s Association of Texas. They’re hoping it passes this fall.

For Cayley Mandadi’s family, every day is a struggle.

“It’s easy for us to sit at home and grieve. It can become just paralyzing. There are no words for it," Alison Mandadi said.

However, they choose to keep going believing that even in her death, Cayley Mandadi can make a difference.

“We did have the gift of her life for 19 years and she was inspiring...and this is the evidence of that," Alison Mandadi said.