CTRMA's toll system also saw about a 10% decrease in transactions. 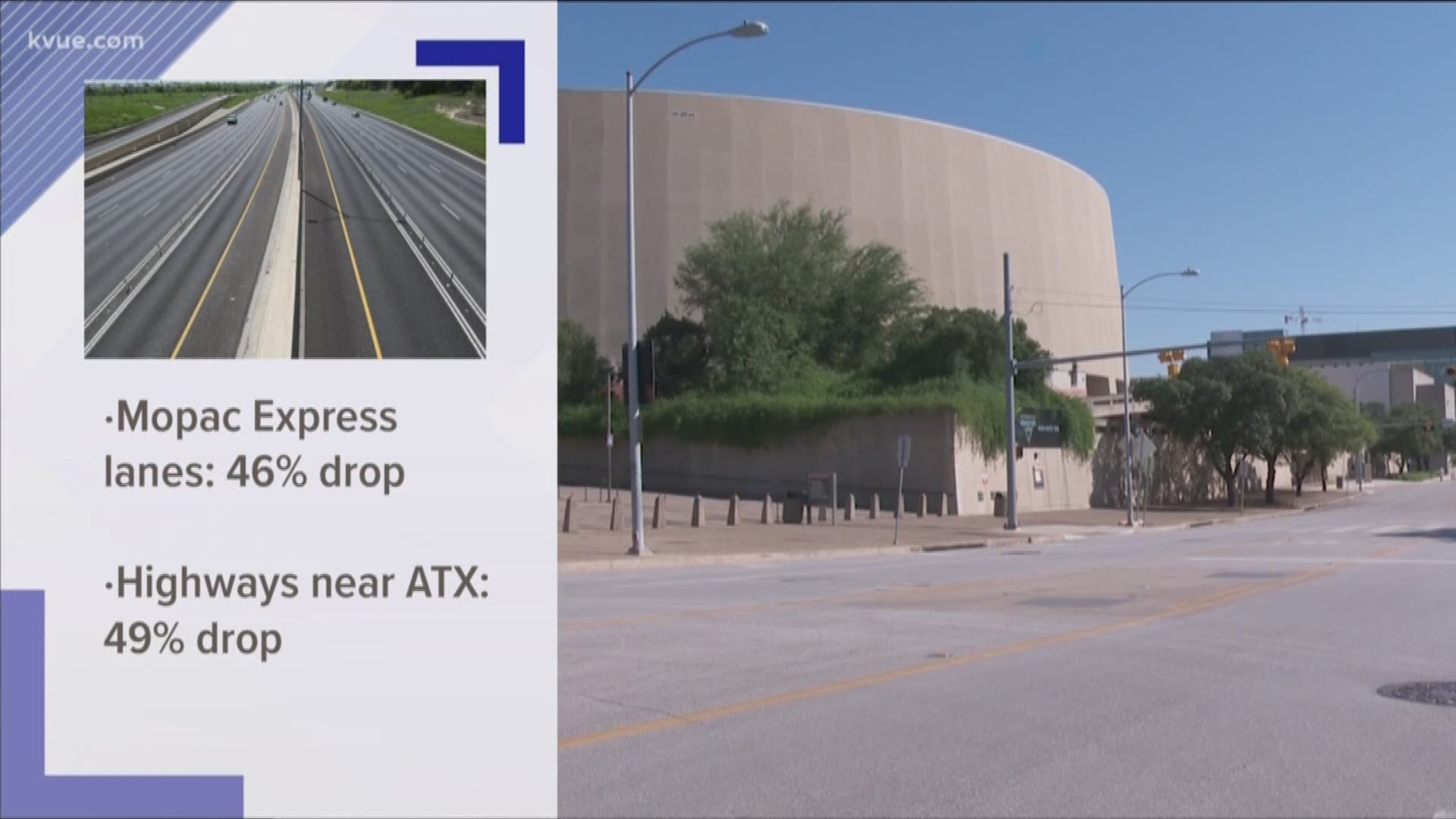 AUSTIN, Texas — There is a lot less traffic on Austin roads as a result of the COVID-19 pandemic and the stay-at-home orders issued by local governments.

Now, there are numbers to prove it.

According to the Central Texas Regional Mobility Authority, there was a decrease in transactions by about 46% for its MoPac Express Lane in March 2020 compared with March 2019.

The agency defines a transaction as every time a driver passes through a toll.

The rest of CTRMA's toll system saw about a 10% decrease in transactions in March 2020, according to the agency.

WATCH: MoPac Express Lane is getting slower, data shows, but so are the regular lanes