Sonar, Radar and other imaging technology allows rescuers to see in front, below and alongside the vessel throughout the lake, in the worst conditions. 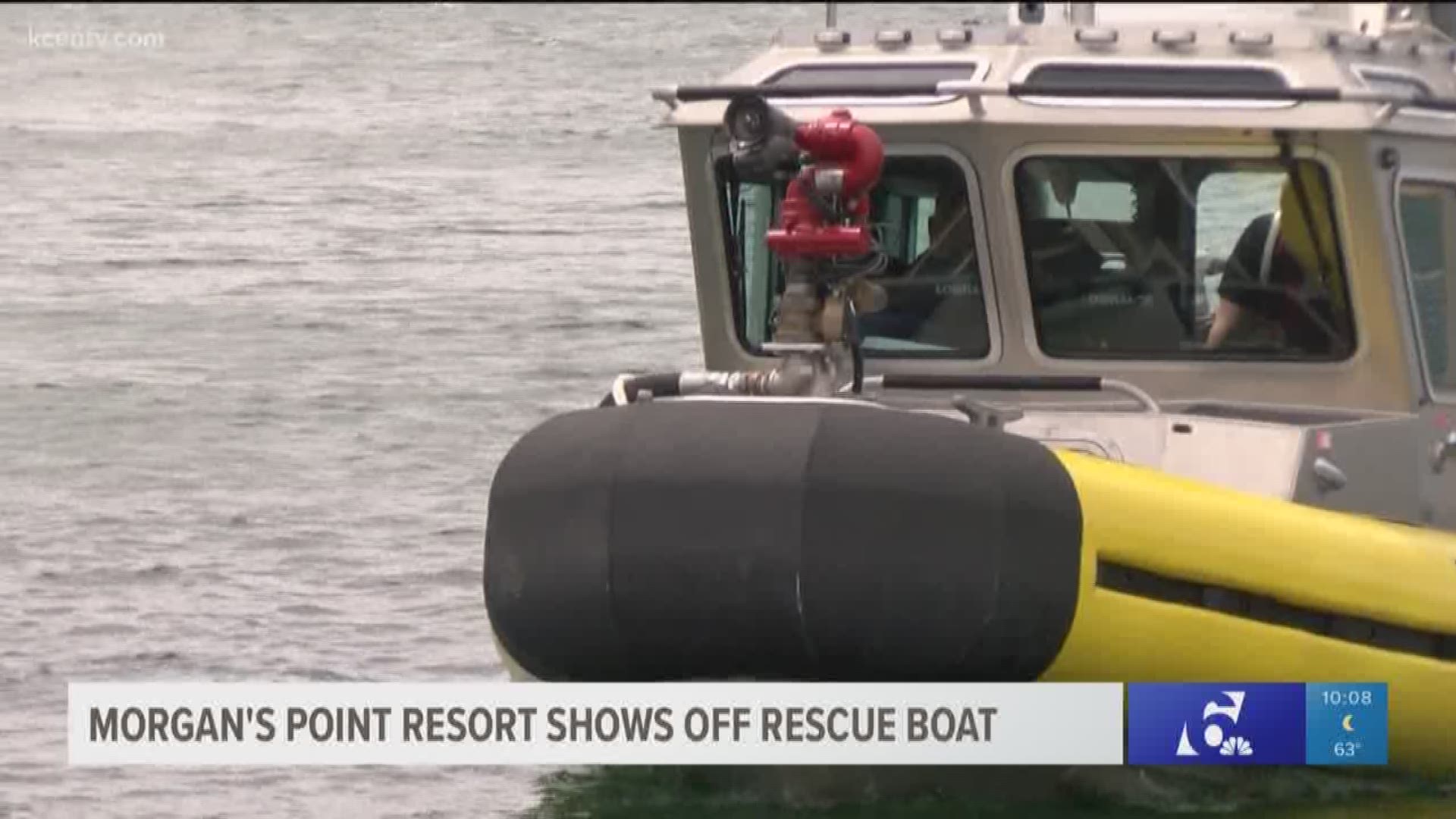 Their dive team helps with rescues across Central Texas, as far away as Hill County, at times.

The fire department responds to countless calls on Lake Belton to rescue and recover boats and people.

"This increases our responses and our ability to fight fires," Victor Hall, Morgan's Point Resort Fire Department captain of marine operations, said. "It makes rescues a lot easier than they were before."

Recently, the department bought a former U.S. Coast Guard defender class boat and geared it up.

Sonar, Radar and other imaging technology allows rescuers to see in front, below and alongside the vessel throughout the lake, in the worst conditions.

"We have the technology in there to be able to see the bottom of the lake a lot better," Hall said.

In addition to enhancing rescue capabilities, according to Hall, the new boat has significantly sped up the department's marine response times.

Even more, the department is able to fight fire from the water. A large pump on the back of the boat uses water from the lake to assist when needed.

"They were sized to hit some of our properties up high on the cliffs," Lt. Corey Adams said. "Some of the condos, the houses that are right there on cliffs."

The department also uses it for fires in wild land areas near the shore, like a large grass fire in July 2017.

Now, they're hoping to expand. Should Marine 61 - the only boat of its kind in Bell County - need repairs, the department doesn't want their response time to suffer.

Hall said the department already has another similar boat, they just need to get it operational. According to Hall, early estimates in doing so are about $10,000, which he said is in the early planning stages of fundraising.