Mother follows in daughter's footsteps to become a nurse

Sandra Mayo completed a clinical rotation on the same floor where her daughter used to work. She will also walk across the same stage for graduation. 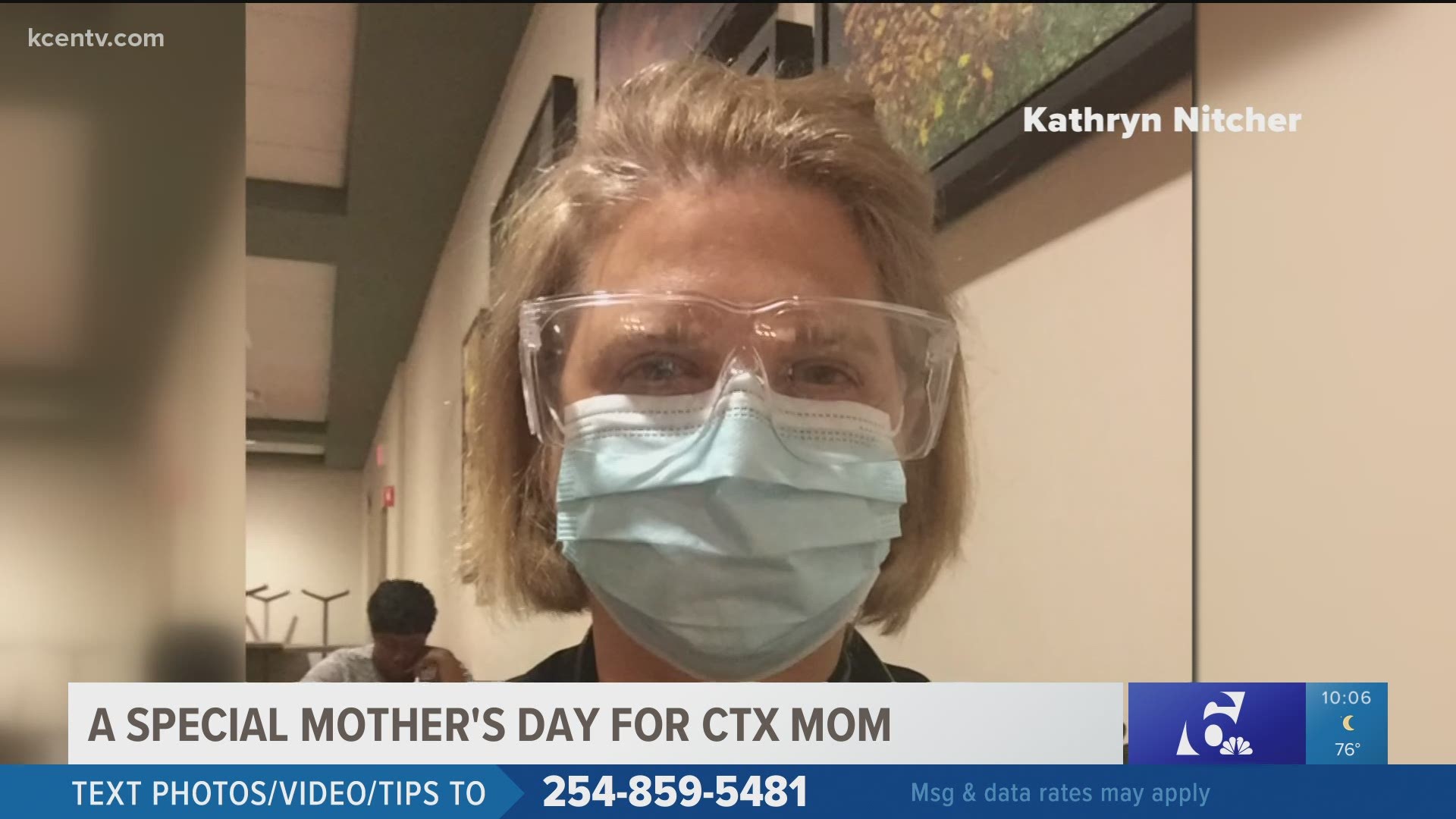 TEMPLE, Texas — You hear a lot of children following in their parent's footsteps, but one Central Texas mom is flipping the script.

Sandra Mayo and her daughter Kathryn Nitcher have always been close but their bond is deeper now.

"The plan is to go be a nurse. My daughter has inspired me to be one and to be one like her," Mayo said.

They both share an appreciation for healthcare that goes back more than 15 years ago when Mayo's husband spent 10 days in the hospital due to a gastrointestinal issue.

"During that time, I would visit him in the hospital with mom and I got to see kind of the process of being a nurse and how much they were helping my Dad," Nitcher said.

"While he was staying there and getting better I watched the nurses. And I became just fascinated about what they could do," Mayo said.

Nitcher graduated in 2016 with a nursing degree from the University of Mary Hardin-Baylor (UMHB). Nitcher says she wouldn't have made it without her parents' support.

"We all worked as hard as we could and I was successful in graduating with zero debt after college that's entirely because of this woman who worked three jobs," Nitcher said

Three years after Nithcer graduated, her mother enrolled in a nursing program at Temple College.

In a twist of fate, Mayo completed a clinical rotation on the same floor her daughter used to work on at Baylor Scott & White Medical Center in Temple.

"How many mothers get the opportunity to walk in their children steps and I was inspired that she was successful there. Maybe I can too," Mayo said.

"I thought it was awesome to be able to talk to my Mom about 4-South and say this is this process and this is this person," Nitcher said.

Nitcher graduates next weekend on the same stage Nitcher walked across five years ago since Temple College's ceremony will be at Crusader Stadium on the UMHB campus.

Both say this year's Mother's Day is extra special.

"I cannot thank you enough and I cannot be more proud of the amazing things that you've accomplished your entire life," Nitcher said to her mom.

"Any day I can spend a day with Kathryn is a really good day. So I'm looking forward to this weekend and having a great time," Mayo said.

RELATED: Here's how to give your favorite nurse a shoutout for National Nurses Week