Set up in Mozart's' parking lot, Black's BBQ and Mozart's have a new collaborative drive-thru where people can get their favorites from both in one place. 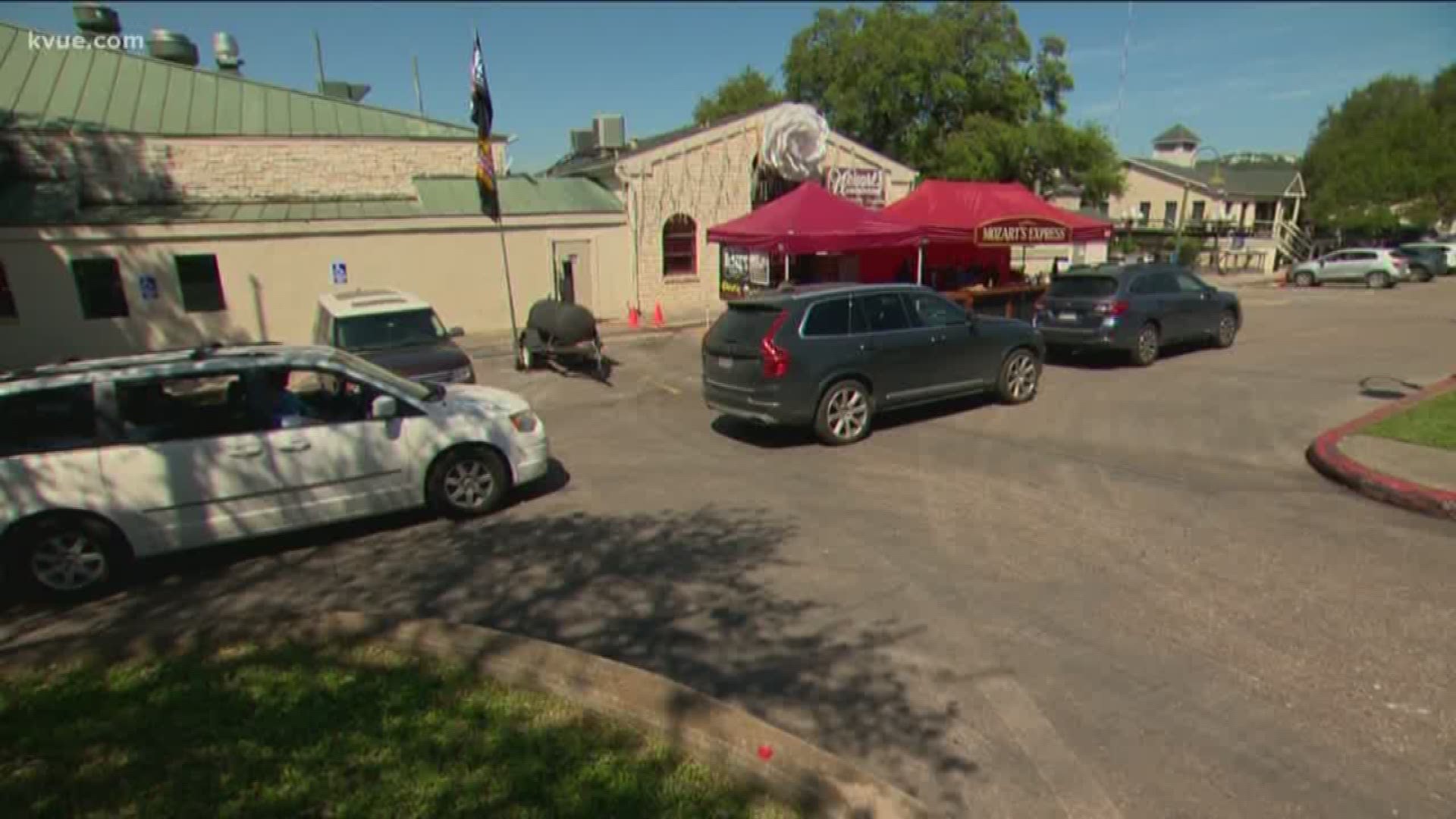 AUSTIN, Texas — Innovation often comes during some of the hardest moments, when people are forced to change. That's exactly what we're seeing from companies all over Central Texas.

It's a sign of the times, with many restaurants trying to find a way to stay afloat. Stores like Mozart's Coffee are looking to find new ways to stay open.

"We're looking for very creative means to put people to work," said Ken Leonard, "which is pretty cool because a week ago it didn't exist."

He's talking about their new business, Black and Brew. Mozart's teamed up with another Austin staple, Black's BBQ, allowing both companies to keep more of their employees working and paid.

"We began to talk together about it would be interesting to have a force multiplier of both of our businesses together," he said. "If we're following the authority's rules, and we certainly are, our employees can't be out here and attending to tables and interfacing with customers."

So they've created a new menu that includes items from both places. Larger quantities are even combined into family packs.

"We're doing this with largely a focus on the family or groups that are sheltering at home," Leonard added.

Brisket and cold brew are now available out of the Mozart's parking lot.

"People on face value [are] saying, 'That's a completely wacky idea,' but so far it's been very well received," Leonard said.

They are doing whatever they can to keep employees paid and customers fed.

This interactive map shows you where coronavirus cases are in Texas