The driver swerved right to avoid the school bus and struck two students and their dad. 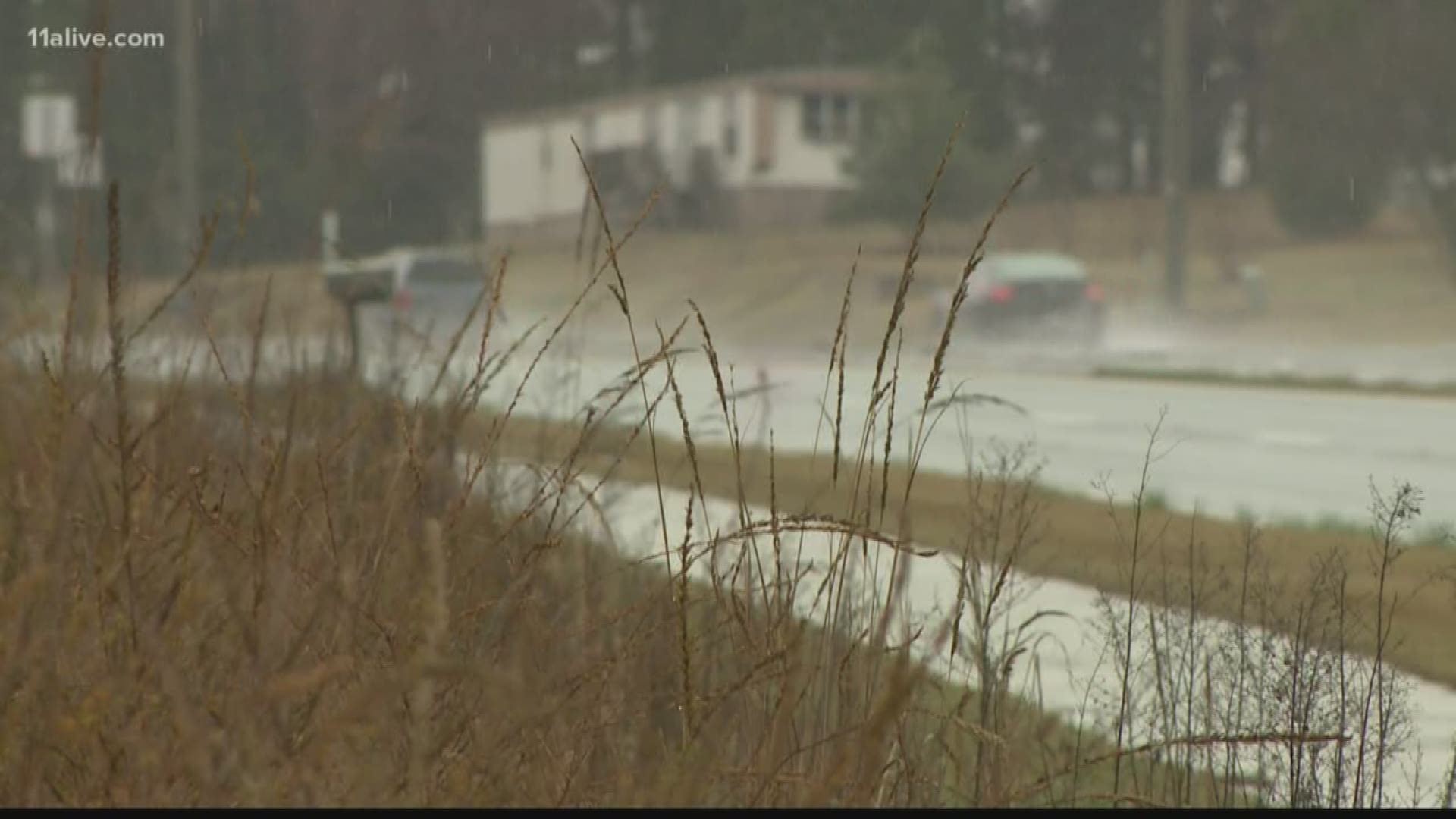 According to Sheriff's Office spokesman Cpl. Doug Rainwater, the school bus was at a complete stop -- with lights flashing and the bus' arm extended -- at the students' bus stop on Buford Highway when the driver of a Toyota Camry, Christopher Ray Frachiseur, approached the back of the bus and swerved onto the sidewalk to avoid it.

According to a spokesperson with Forsyth County Schools, when the bus driver went to open the door, expecting to see the students, they were not there. They are 1st and 4th graders - ages 6 and 9 years old -  at Haw Creek Elementary School, according to officials.

The bus had 20 students aboard at the time, and they were taken to school by another bus.

Buford Highway is a divided highway with two eastbound lanes. Police are investigating why the driver went right -- onto the curb -- instead of left into the other lane.

"We do have people passing school buses when they are picking kids up," Rainwater said. "But never to the extent where they go into the path of where the kids are."

Frachiseur has been charged with multiple charges stemming from the accident including, three felony counts of serious injury by vehicle, driving under the influence of drugs, driving too fast for conditions, reckless driving, failure to stop for a loading school bus and due care while operating a motor vehicle.

The teen driver has been arrested before. Authorities told 11Alive he was taken into custody earlier this year for marijuana.

In a call, a sergeant contacted the probation office to let them know a urine analysis needed to be done at the jail. The officer said he had a few clinical indicators at the scene even though the suspect told police he hadn't smoked marijuana the night before.

"There are a few clinical indicators that can last up to 24 hours and that's what concerns me a little bit," the officer said.

The youngest girl and her dad, Jose Arturo Corejo-Nunez, 43, are currently in serious condition at a local hospital. The 9-year-old is in critical condition.

9-year-old in critical condition, sister and dad hospitalized after being hit at bus stop