Elizabeth Barraza was setting up for a garage sale in Tomball back in January. Her killer still hasn't been caught. 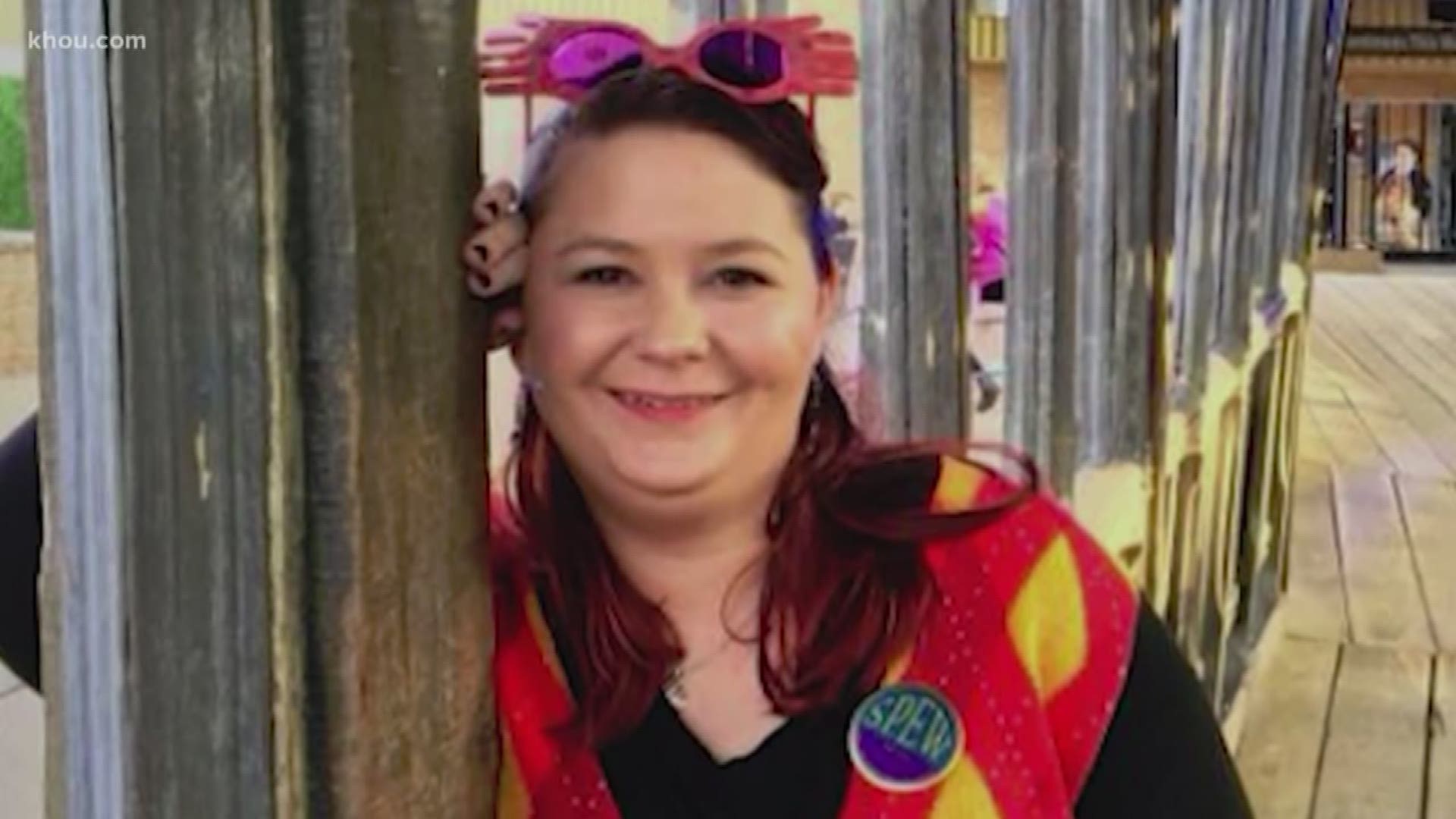 TOMBALL, Texas — A Tomball woman’s murder was caught on camera, but 10 months later, Elizabeth Barraza’s killer has not been found.

Investigators with the Harris County Sheriff’s Office have received dozens of tips, but now they’re hoping a new lead will help them identify a suspect.

“I love you Liz, with all my heart,” said Sergio Barraza, standing in the driveway of his home shortly after his wife’s murder.

At the time, a crowd had gathered around Sergio Barraza with light sabers as a vigil for Liz, an avid Star Wars fan. The couple loved dressing up in costumes and visiting sick kids in the hospital with their Star Wars Fan Club.

“She was all about bringing joy to other people,” said Bob Nuelle, her father.

RELATED: Tomball woman's husband: 'I had to trade our 5th anniversary for her funeral'

Barraza was just 29 years old, and her murder garnered national attention, but who killed her is still a mystery.

“That is the question her family and the detective and her legion of friends are all really, really focused on,” Nuelle said.

On Jan. 25, 2019, Barraza was setting up for a garage sale outside her Tomball home. Her father said she was trying to earn extra money for a fifth wedding anniversary trip to Orlando. The couple was scheduled to leave two days later.

“Her suitcase for the anniversary trip was packed. That was one of the things we discovered after the fact,” Nuelle said. “She was ready to walk out the door.”

The morning of the murder, Barraza’s husband had just left for work before 7 a.m. Investigators believe the killer was already waiting in the neighborhood. A minute before the shooting, the killer drove past Liz Barraza’s house, parked and walked up the driveway wearing a disguise. Liz Barraza was shot and killed.

“It was very quick, it was very calculated, very cold-blooded of how it was done,” said Michael Ritchie, a homicide investigator with Harris County Sheriff’s Office.

Ritchie said his best clue is the suspect’s truck, a Nissan Frontier 4x4. Investigators were able to get several pieces of surveillance video from people living in the neighborhood and nearby businesses. The videos showed the truck in the neighborhood the night before and again after the murder.

However, he’s found no reason anyone would want to kill Liz Barraza. Ritchie’s ruled out robbery because nothing was taken. Now, he’s working on a new lead and has reached out to agencies like the Texas Rangers, but will only say this because of the ongoing investigation.

“I do feel that it has a very good chance of revealing some positive information that could lead to identifying a suspect,” Ritchie said.

While Liz Barraza’s family waits for answers, they found comfort in the little things.

“I noticed a business card sitting on a window shelf,” Nuelle said.

It was the card of an officer who stood guard over Liz Barraza when she was rushed to the hospital after being shot, before her family arrived.

“This was somebody that went out of the way to make sure my little girl was not alone,” her father said.

Liz Barraza’s brother tracked him down to say thank you and learned he was a Harris County Precinct Four Constable Deputy. It’s one of the many things the family has done to keep her generous spirit alive.

Her father still wears a #JusticeForLiz armband everywhere he goes. A reminder to him of the one question he wants answered: Who killed his daughter?

After looking at the video, investigators believe the killer could be a man or a woman. There’s a $20,000 reward at Crime Stoppers of Houston because of a donation from Peter Mayhew’s foundation. He played Chewbacca in Star Wars. If you can help, call (713) 222-TIPS.