A recent Associated Press investigation found that in Texas, at least 56 sex assault or rape cases among juveniles on military bases have taken place since 2007. Fort Hood showed the most, with 41 cases, followed by Fort Bliss with 10 cases. 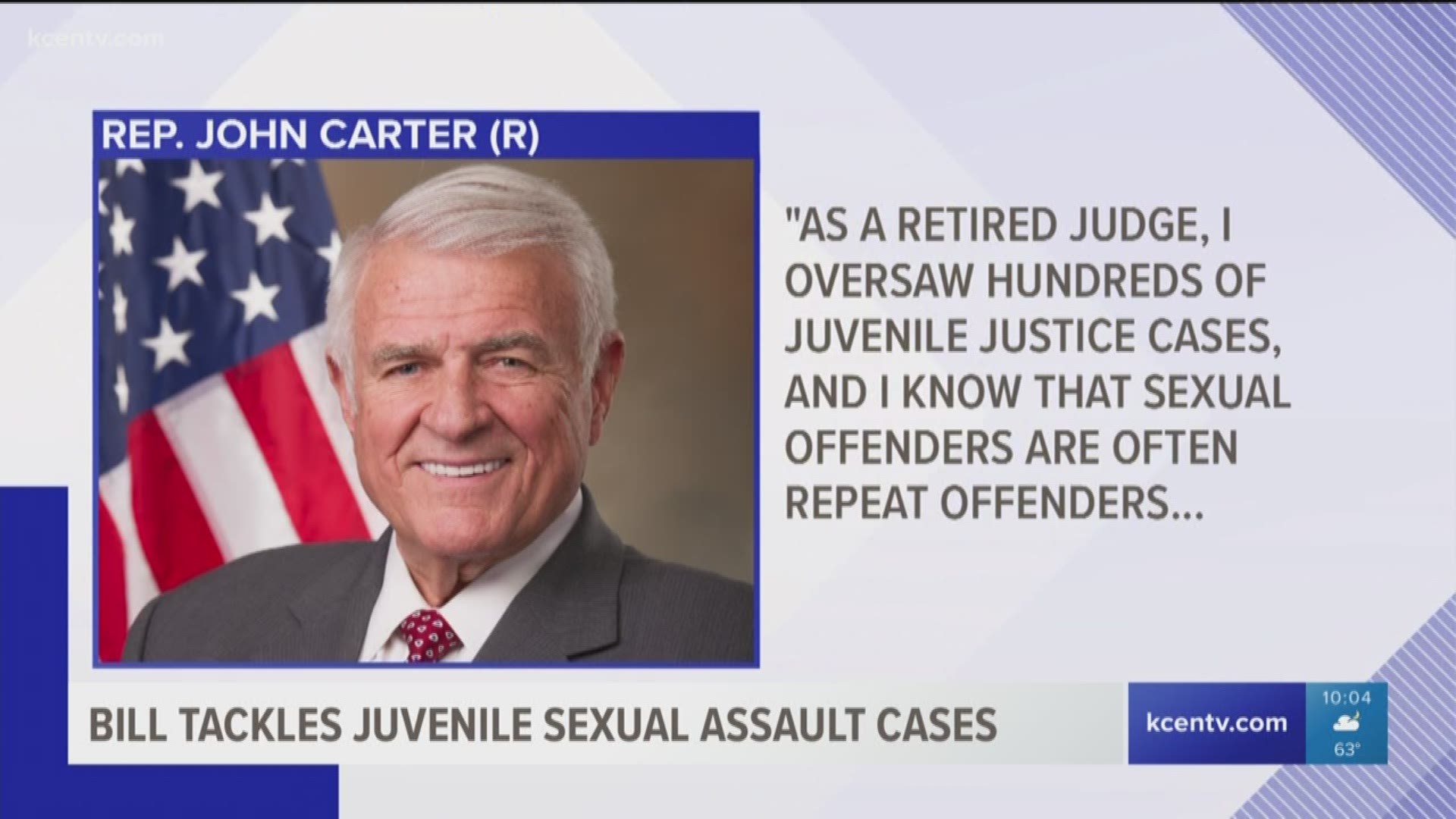 Carter believes a loophole currently exists, saying federal law doesn't allow local prosecutors to properly tackle these cases on military bases. Carter said sometimes the cases end up getting lost in a big shuffle, claiming a lot of the time offenders aren't held accountable and are "generally able to escape any legal consequences for acts committed on-post." The congressman says his plan will allow some of these cases to be deferred to local prosecutors to be dealt with.

A recent Associated Press investigation found that in Texas, at least 56 sex assault or rape cases among juveniles on military bases have taken place since 2007. Fort Hood showed the most, with 41 cases, followed by Fort Bliss with 10 cases.

Congressman Carter released a statement about his bill to Channel 6 Tuesday, it reads in part:

"As a retired judge, I oversaw hundreds of juvenile justice cases, and I know that sexual offenders are often repeat offenders. For that reason alone, it is imperative to quickly address juvenile sexual assault cases to prevent adult sexual criminals and more victims. It is unacceptable that countless juvenile sexual assault cases that are occurring on-base are falling through the cracks because federal prosecutors are ill-equipped to take action, This is an important first step to ensure justice, and it is important that it is implemented at all American military installations."

We did reach out to Fort Hood to see how big of a problem this has been on base within the past year.

A spokesperson sent us to another representative who handles that information, but that person never got back to us.

Moving forward Carter says once the bill is enacted, the Department of Defense will have 90 days to begin negotiations. 180 days after enactment the DoD will have to report on their progress.