About 75 percent of children who live in poverty live in only four school districts in the county: Waco, Midway, La Vega and Connally. 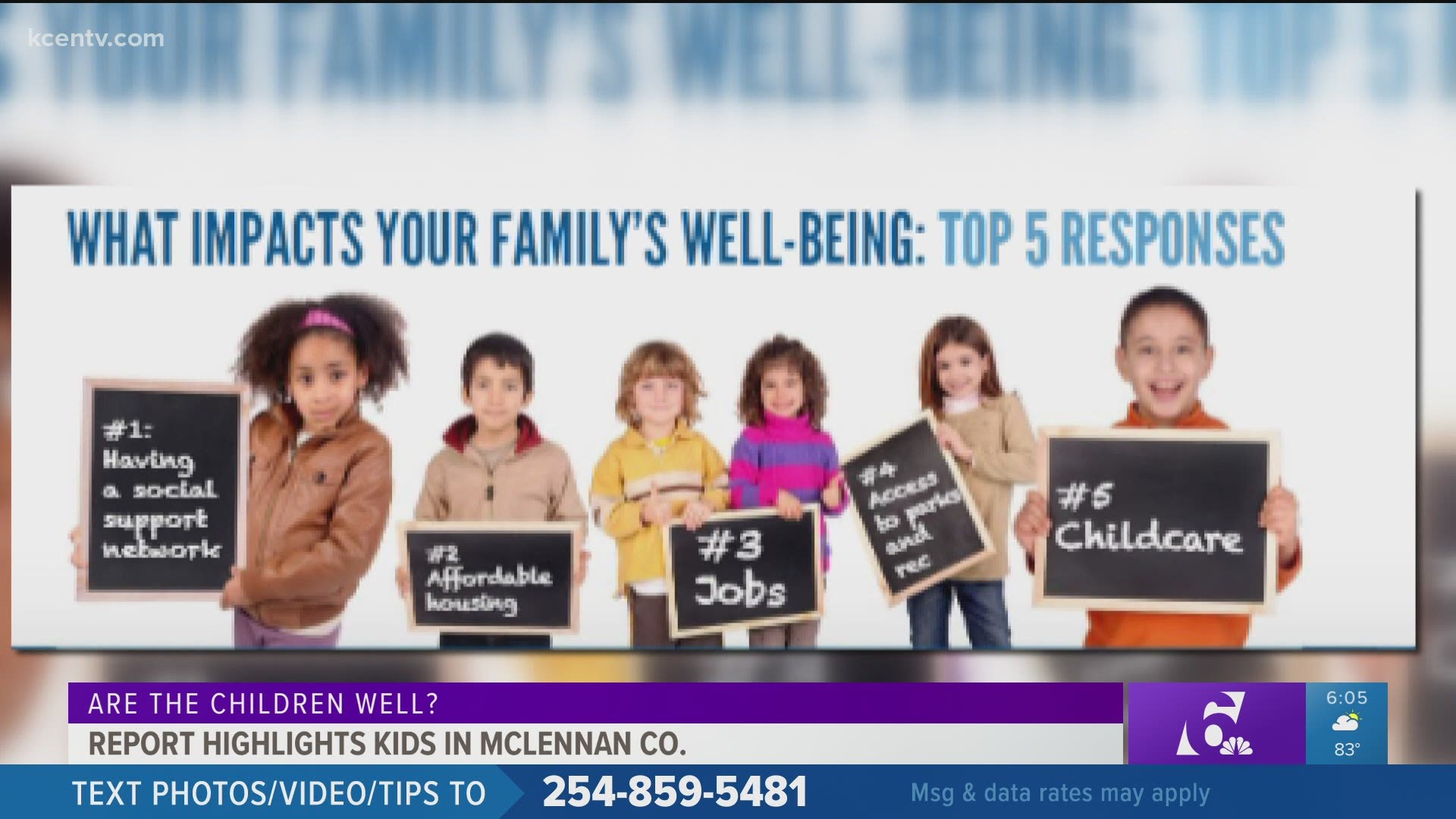 WACO, Texas — A newly released report by United Way of Waco-McLennan County is highlighting the well-being of children ages 5 and under in McLennan County.

More than 600 people were involved in gathering data for the "Are the Children Well?" report through surveys, community conversations and one-on-one interviews.

Tiffani Johnson, Senior Director of Impact and Engagement, said to understand a child's well-being, you have to look at the support of the family around them. She said children won't thrive if their family doesn't have adequate resources.

"So when they are food secure, when they have a stable income, when the community around them is supporting them with all the resources that they can possibly need, that family is going to be stable and that child is going to be successful and well-cared for," Johnson said.

The study found that the top five responses to what impacts a family's well-being were a social support network, affordable housing, jobs, access to parks and recreation, and child care.

"When people are saying that we are struggling with jobs, we are struggling paycheck to paycheck, when we say those kinds of things we want to make sure that we understand that that is not the result of individual behaviors," Johnson said.

Johnson said family hardships are due in part to systemic barriers throughout the community.

"That is a staggering number. I think bringing awareness to the community is a first step but then we have to think about how do we begin to change," Johnson said.

Johnson said that's going to take decision-makers listening to the community's concerns and needs and working with them to invest money in the proper channels.

Because if the children aren't well, the community won't be either.