The video shows a mental health officer go into the house then peacefully leave with Warren a little more than an hour later to take him to the hospital. 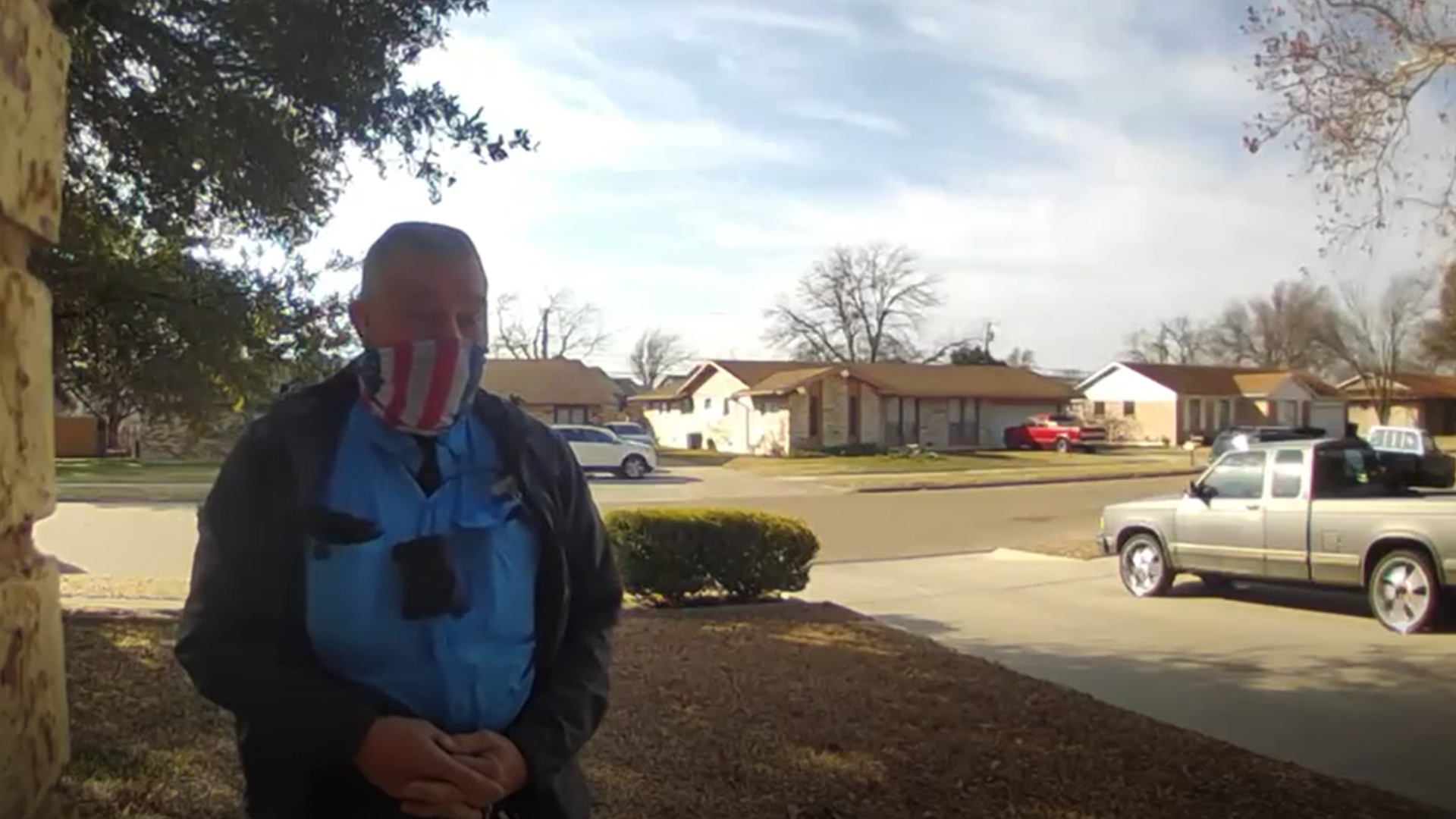 KILLEEN, Texas — A video from the doorbell camera of a man shot and killed by a Killeen police officer shows what happened when a mental health officer came to Patrick Warren's home one day before the shooting.

The video released to 6 News by the Warren family attorney, Lee Merritt, is from Jan. 9. It shows the mental health officer ring the bell. He waits for a short time before someone comes to the door to invite him inside. More than an hour later a second video shows the officer and a Killeen police officer leave with Warren, who was calm and willingly gets into the back of the officer's car.

The next day Merritt said Warren was home again and having another "manic episode." Tragically, when his family called for help again it ended with Warren shot and killed.

Merritt said the family requested a mental health officer again but they were told one was not available. Instead, Killeen Police Officer Reynaldo Contreras came to the house.

In the video, Contreras comes to the door and then announces he is coming into the house.

Merritt said Warren then asked the officer to leave, which he does.

The video then cuts to Warren walking out of the house waving his arms at the officer. The officer can be heard telling Warren to get on the ground but Warren keeps walking toward him.

Warren walks out of the view of the camera, at which point, what sounds like a tazer is deployed. Killeen police said the tazer proved not to be effective.

The video then cuts to another shot that shows Warren get back up and continue toward the officer. Someone from the house can be heard telling Warren to sit down, and asking the officer not to shoot him. Then three gunshots are fired out of view of the camera.

Contreras was placed on administrative leave, which is standard practice in an officer involved shooting.

Warren's family is calling for Contreras to be fired and be arrested.