Three civil lawsuits have been filed against Watson. The league is reviewing under its personal conduct policy. 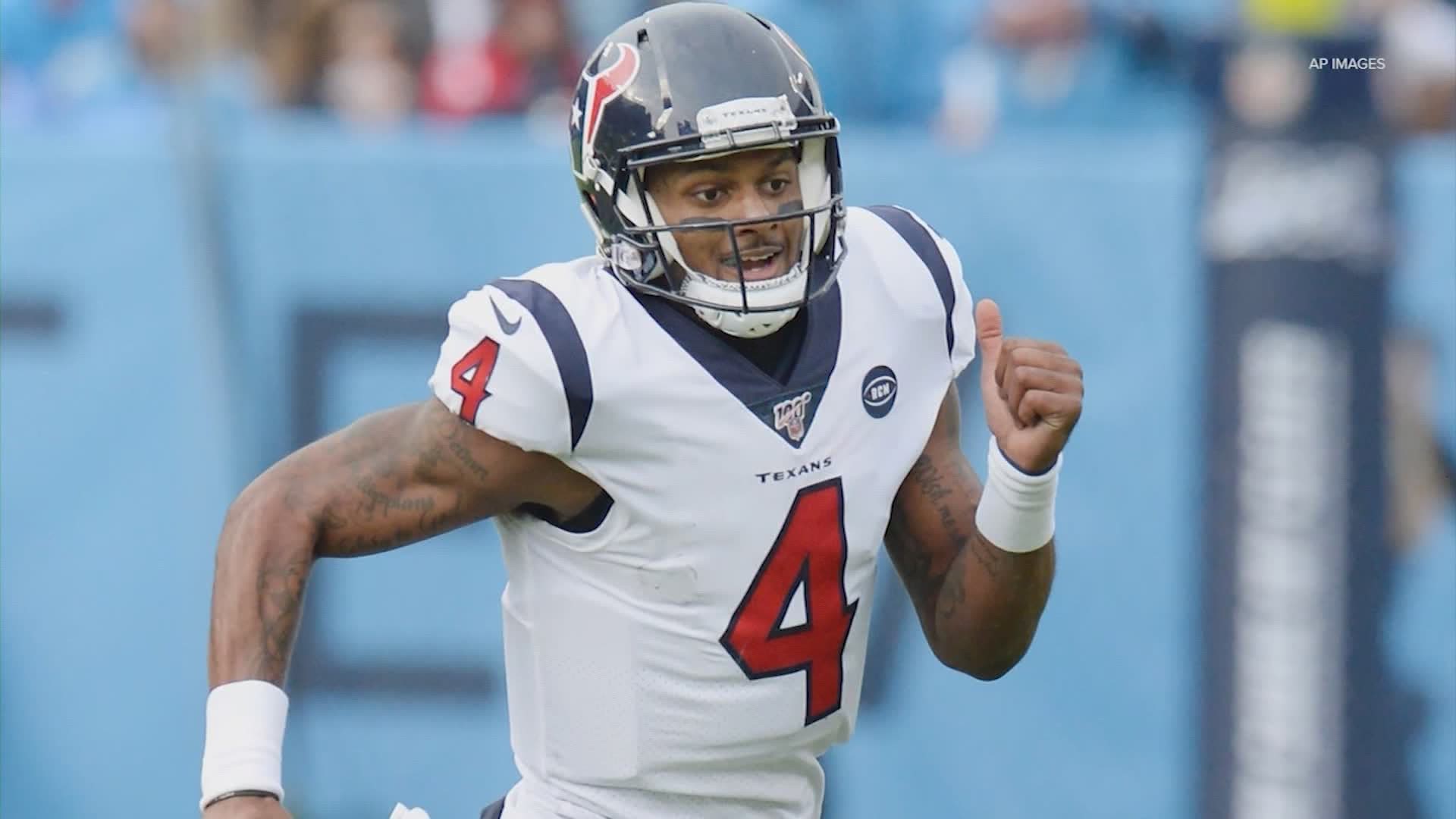 HOUSTON — The NFL is looking into the allegations against Houston Texans quarterback Deshaun Watson.

The one filed on Thursday is the most serious one yet. And Buzbee says there are nine women who have hired him to represent them.

Thursday afternoon, the NFL confirmed they are looking into the case under the league’s personal conduct policy.

The Texans released a statement about NFL’s investigation and allegations against the team’s quarterback.  It reads as follows.

“The NFL informed us today that they will conduct an investigation into the allegations made in the civil lawsuits filed against Deshaun Watson. We will stay in close contact with the league as they do.

We continue to take this and all matters involving anyone within the Houston Texans organization seriously. We do not anticipate making any additional statements until the NFL’s investigation concludes.”

JUST IN: the NFL says the allegations against Deshaun Watson are being reviewed under the personal conduct policy. #khou11

Watson has hired Houston attorney Rusty Hardin to represent him.  And earlier this week, the quarterback released a statement on Twitter, denying the claims.

There are no criminal charges. These are all civil cases.

We’re following the very latest on this developing story and will post any new details when we get them.

Below is the NFL Personal Conduct Policy, as it was sent to KHOU, Channel 11.