No charges filed against Williamson County deputy in officer-involved shooting

After the Bell County Grand Jury reviewed the completed investigation done by the Texas Rangers, they decided no indictment should be returned to the deputy in connection with the events leading to the death of a Fort Hood soldier. 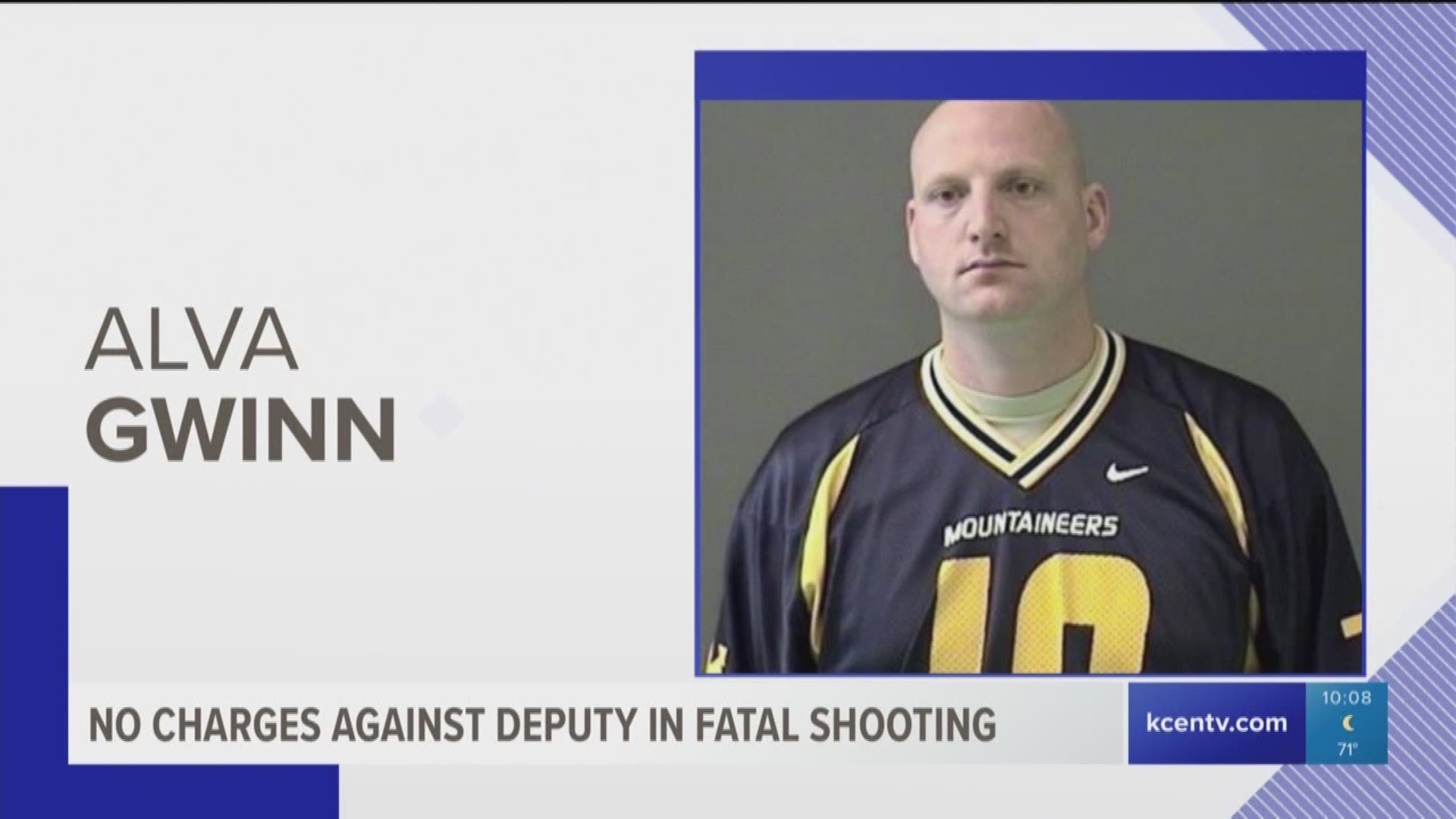 The Bell County Grand Jury determined Wednesday no charges would be filed against a deputy involved in an officer-involved shooting that left a Fort Hood soldier dead last October near the Williamson and Bell County Line, according to the Bell County District Attorney's Office.

On October 12, 2017, 39-year-old Alva Gwinn shot himself in the head after leading police on a chase that ended with an exchange of gunfire.

Earlier that day, Fort Hood contacted Williamson County to request deputies to make a welfare check on Gwinn. Later that afternoon, deputies found his vehicle on the side of State Highway 195 west of Florence.

Deputies attempted to check on his condition from a distance, however, Gwinn fled officers and led them on a high-speed chase west along 195 toward Bell County. The chase ended on private property off the northbound side of 195, 14 miles south of Killeen. A foot chase ensued shortly after.

Officials said Gwinn had a gun and fired at least one shot at officers, who returned fire. Gwinn was shot in the arm and chest.

A medical examiner and ballistics testing found the Gwinn's cause of death was a self-inflicted gunshot wound to his head, according to an investigation by the Texas Rangers.

After the Bell County Grand Jury reviewed the completed investigation they decided no indictment should be returned in connection with the events leading to Gwinn’s death.