The couple was asleep when the explosion occurred before 5:30 a.m. on Saturday. 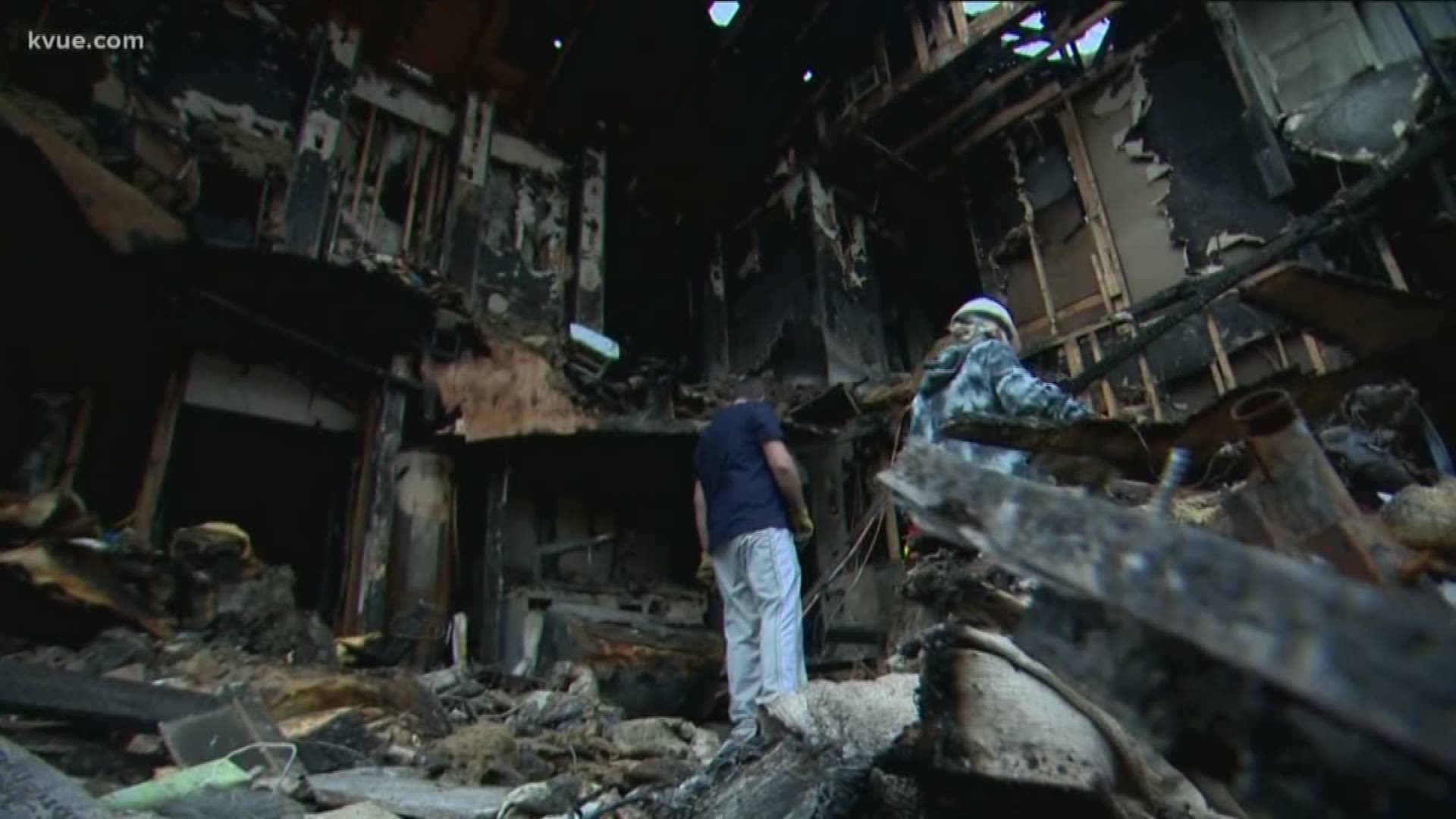 Investigators believe some kind of vapor caused the explosion, saying there were two propane cylinders in the garage and a water heater. However, the damage is so extensive they will not be able to determine the exact cause.

Investigators said the explosion originated in the garage, blowing the garage door across the street.

"It's devastating, but it could have been so much worse," said Candace Barnes.

Captain Andrew Reardon said the residents are lucky they made it out alive.

According to a verified GoFundMe page set up by a family friend, the family was awoken by a loud explosion around 5:23 a.m. when they realized their new home was on fire.

"Ryan was asleep in the game room that night, which was only fortunate because he heard the blast first and started screaming for us to get out," said Barnes.

They made it out of the home with just the clothes they were sleeping in. Their neighbors helped them with clothes and shoes. However, they lost their cat to the flames, and one of their dogs is in emergency care with burns and cornea damage. A neighbor helped them rescue their other dog and pet rabbit. 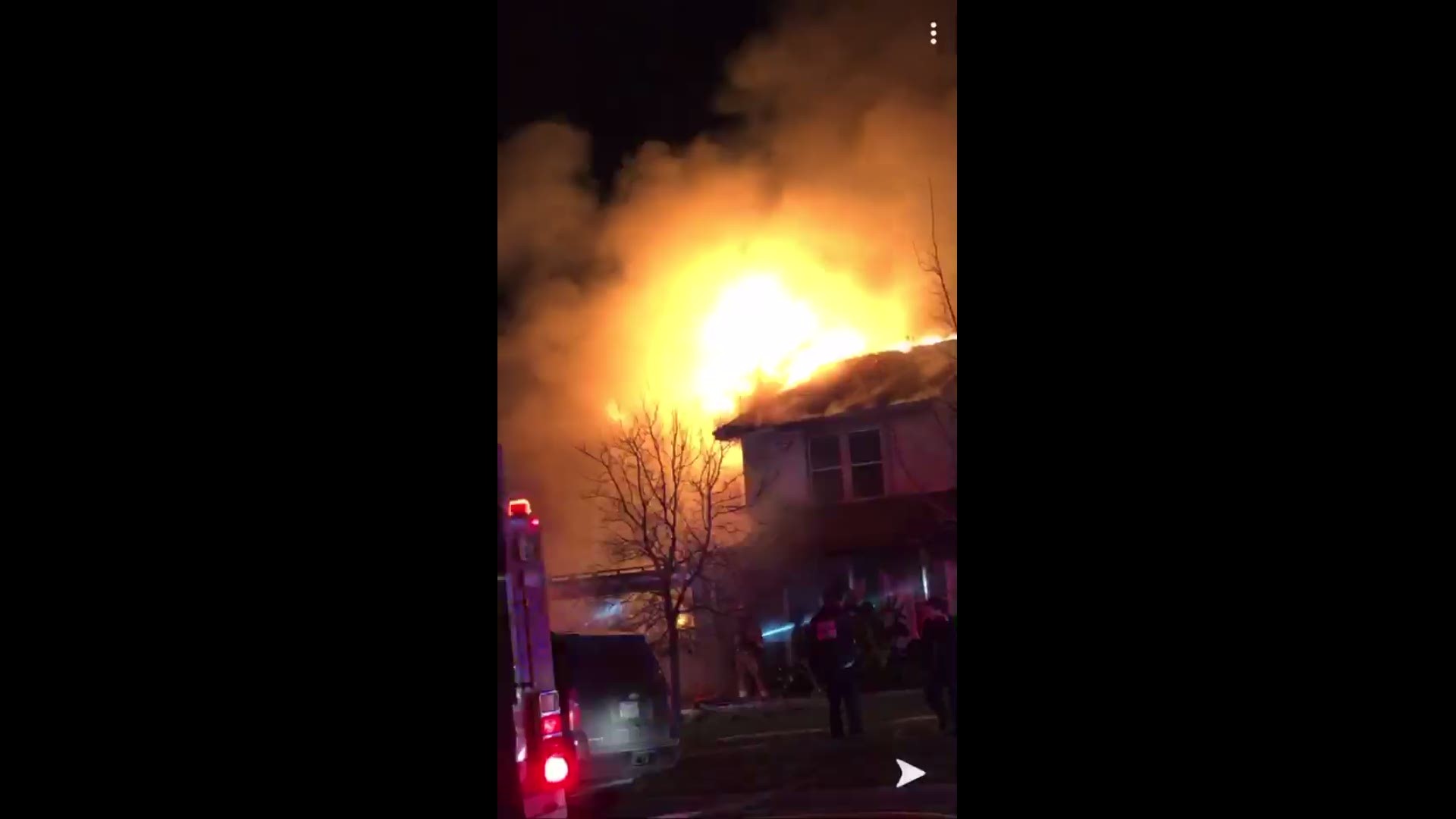 Barnes and her partner, Ryan Palmer, had just moved into the home a week prior. But because of painters, they only had one full night in the house.

"One night, but it was a good night till about 5:15 and then it was a nightmare," she said. "We keep on coming back even though they told us not to, just to see if anything we could salvage."

The home and her car have been declared a total loss. But they have been able to find some things that were worth saving, including one of the keepsake boxes that had pictures of her grandparents, her daughter's sonograms, and her family.

"These are the things that we've been looking for," she said.

Her fiancé  is also just happy they're all alive and together.

"Well we'll rebuild, we got our lives, so that's good," said Palmer

"Texas Gas Service is aware of an incident that occurred at 11506 Autumn Ridge Drive early Saturday morning. Our thoughts are with the family.

We are cooperating with the Austin Fire Department on their investigation. Our technicians surveyed the immediate area and found no issues on our system. Gas service was not interrupted to the neighborhood.

We would like to remind everyone that if you smell gas, leave the area immediately, then call 911 and Texas Gas Service at 800-959-5325. Do not use any electrical equipment including phones, light switches or garage doors."

Investigators said the family had recently painted the home, so the fumes could have hidden any smell of gas.