Noted artist Thornton Dial passed away Monday at his home in Bessemer, Alabama, according Bill Lowe of the Lowe Gallery in Atlanta. 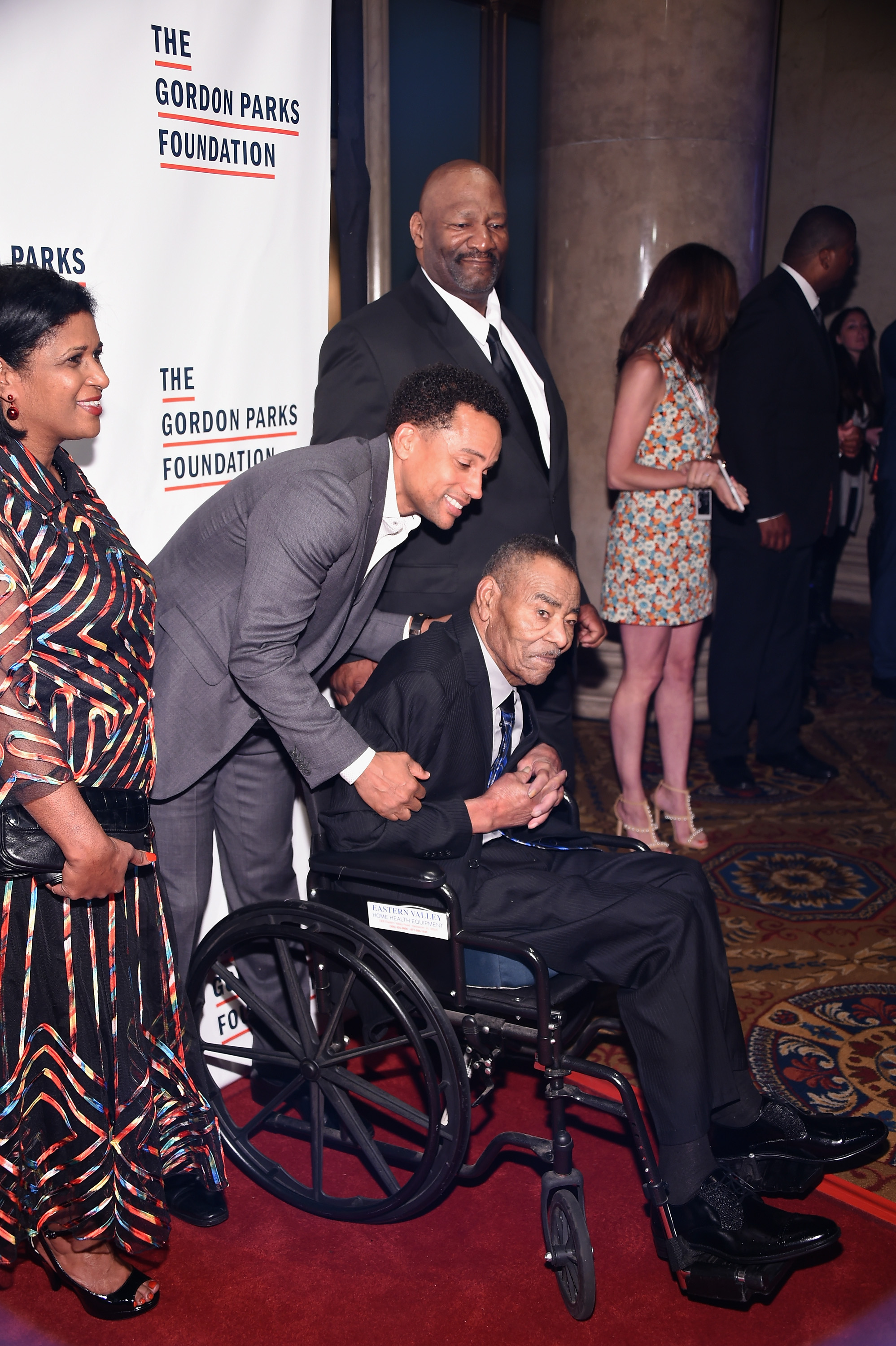 Dial, a self-taught artist, is best known in metro Atlanta for multiple exhibits at both the High Museum of Art and the Lowe Gallery, as well as at the Georgia Museum of Art in Athens.

His art came to prominence after he retired from his vocation for much of his life -- as a machinist with the Pullman Railroad Company in Bessemer.

According to a 2013 retrospective in the New Yorker, once he was laid off, in 1981, Dial had started constructing patio furniture with his sons in Bessemer. He made sculptures out of scrap that he sold on the side through that period.

"I made little cars. Roads and trails in the sand," he said in the article. "Roll them out with tin cans or a bottle. Build little houses. Make persons out of corn shucks."

He had no idea he was creating art, until Birmingham area collector, Bill Arnett, saw his work in 1987. Dial had never been to a museum or had even seen an art book. He said that he created the artwork because he liked it, and that he liked to stay busy.

Lowe calls Dial the most significant visual cultural force to ever come out of the southern United States. He remained deeply devoted to communicating, as honestly and authentically as he possibly could, his commentary on the arc of history of the Deep South through the 20th Century.

Growing up in the Jim Crow South, Dial's work reflected his own observations about that experience of life, translating that into a universal metaphor -- and the trials of achieving freedom and civil liberty.

"An artistic giant, a visual prophet," Lowe said, describing him to 11Alive's Brenda Wood Monday evening. "Over the course of time, Thornton Dial will be viewed as the greatest artist to come out of the Southern United States. He will be ranked as one of the most important artists of the 20th Century."

Since 1990, much of Dial's art has been exhibited across the nation with a major show of his work set to open in late 2016 at the Metropolitan Museum of Art in New York City.  Many in metro Atlanta see Dial's work every day, and probably do not realize it -- in the form of a sculpture at the intersection of Freedom Parkway and Ponce de Leon Avenue in the Poncey Highlands neighborhood of Atlanta.

"The Bridge," was dedicated to US Congressman John Lewis in 2005. Using mixed media, Dial formed a bridge-like structure representing Lewis' lifetime of work geared toward advancing civil rights and human rights. The sculpture ties Lewis's work to the efforts of the neighborhoods in that area who fought to prevent the demolition of homes and businesses for construction of what would have been Interstate 485.

Dial's best-known traveling exhibition, Hard Truths: The Art of Thornton Dial, was initially organized by the Indianapolis Museum of Art, and journeyed to the New Orleans Museum of Art and Charlotte's Mint Museum before coming to the High Museum in late 2011 and 2012. Dial's work was also exhibited locally through the Bill Lowe Gallery in Buckhead.

Even after experiencing his national and worldwide notoriety, Dial continued to live in Bessemer. His funeral will be held there on Saturday. He passed away in his sleep at home early Monday at the age of 87.