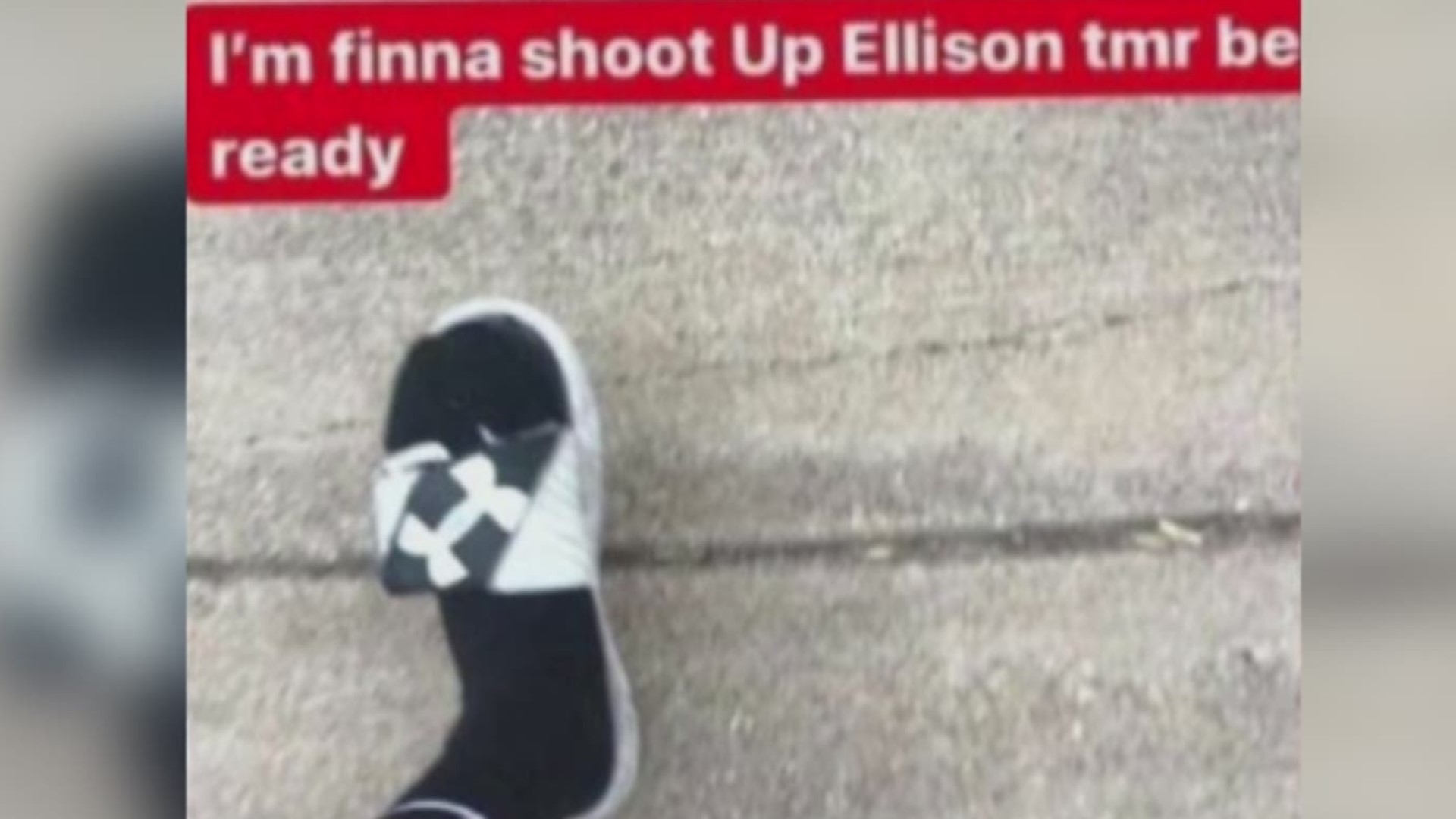 KILLEEN, Texas — A 14-year-old student at a middle school in the Killeen Independent School District has been arrested for making threats of violence against three high schools, according to a district press release late Wednesday.

Killeen police said his brother, Cameron Lavonta Garner-Brown, 18, was also arrested in connection to the case.

Police said Garner-Brown was charged with Terroristic Threat. A judge set his bond at $100,000.

Officials said the teenager was taken to a juvenile detention center to face a charge of terroristic threat. He could also face expulsion.

According to police, a warrant was issued after the student made publicly made the threat on social media around 4:30 p.m. Wednesday. The teen was arrested about six hours later.

There were more police officers on all Killeen ISD campuses Thursday.

This is a developing story that will be updated as details become available.