In memory of Matt: a Sachse family and their tie to the earliest days of Carry the Load

"I would just love one moment for people to pause and understand and think why that day off is there," Drew Shubzda said of Memorial Day. 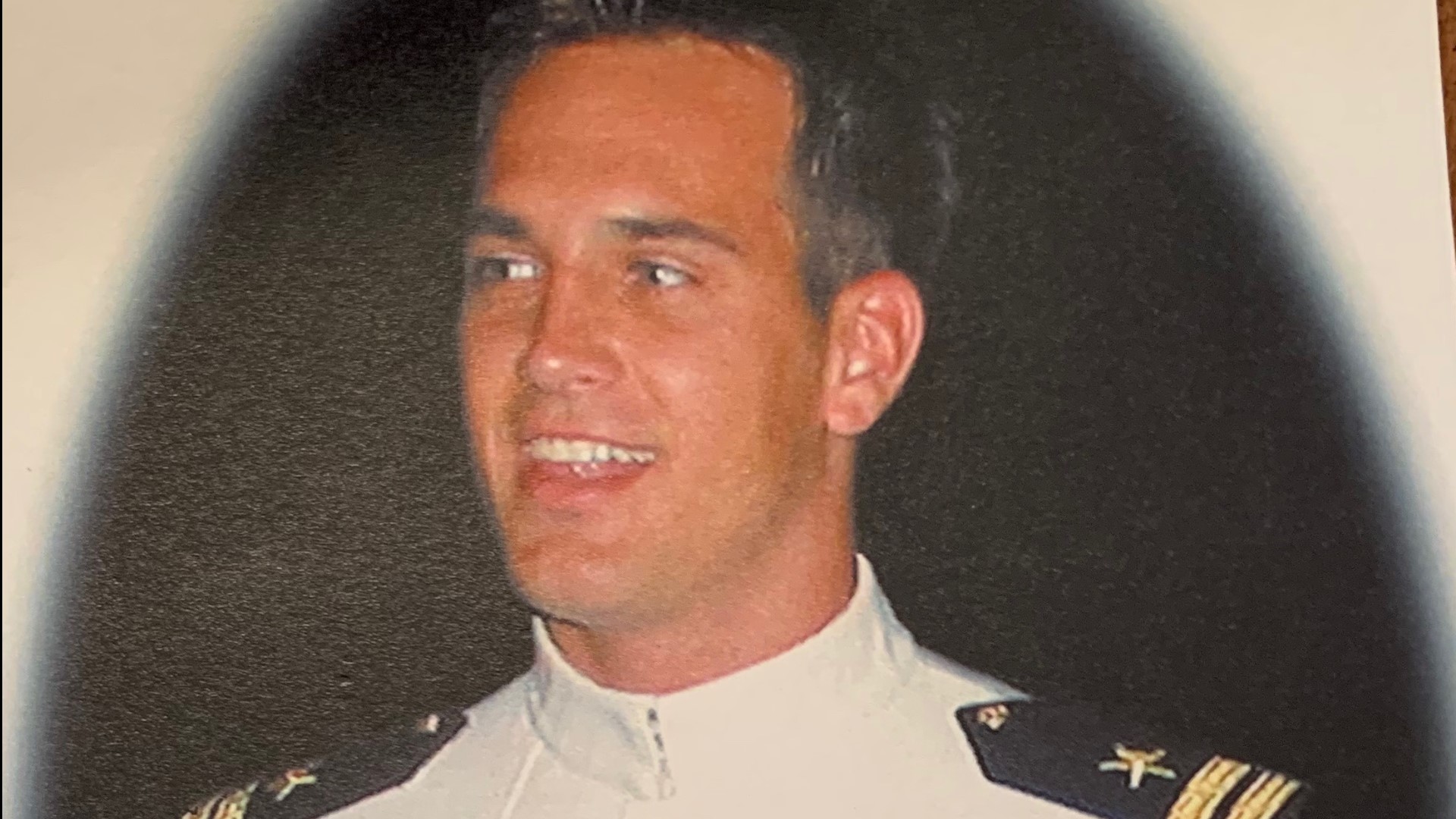 DALLAS — When your big brother loses his life in service to his country, every day is Memorial Day. But as the rest of the nation pauses at least this one weekend every year, Drew Shubzda also wells with pride that his big brother's memory is a driving force behind a powerful Dallas tradition.

"There's not a day that goes by though that I don't think of Matt," Drew Shubzda said. His brother, Navy Lt. Matt Shubzda, died in an F/A-18 training accident off the coast of California in 2002.

"You expected it to happen to other families," he said of the news he received while still a senior at Naaman Forest High School. "It was hard to understand why to your family."

But in that tragedy for the Shubzda family, a movement was born.

In that first multiple-mile march back in 2011, Carry the Load founder Stephen Holley, in an effort to draw attention to the true meaning of Memorial Day, carried three photos on a weighted vest. They were pictures of Naval Academy classmates, Marine 1st Lt. Ronald Winchester and Marine 2nd Lt. J.P. Blecksmith, who were both killed in Iraq. The third photo was of Matt Shubzda.

When Drew Shubzda met Holley at the finish line that year, Holley handed him the photo.

"I took it off and handed it to him and wanted to make sure that he and his parents knew that Matt and his memory and his legacy were a big part of what we were trying to do there," Holley said in a recent documentary called "The Ripple."

And every year since, as the Carry the Load event on Memorial Day grew into a weekend gathering that draws upwards of 30,000 people each year, Drew Shubzda and his entire family have been part of those crowds at Reverchon Park.

"It's gut-wrenching," he said of the emotional but inspirational event that has also raised more than $25 million for veteran-assistance organizations throughout the country.

"I'm one of the last ones to leave every year at closing ceremonies," he said.

This year, with coronavirus concerns canceling those ceremonies at Reverchon Park, Matt Shubzda's name and face will be among hundreds of storyboards that will instead line Turtle Creek Boulevard on Memorial Day.

Normally carried into Reverchon Park as the culmination of the Memorial Day weekend event, each carries the name and photograph and date of death for the service member or first-responder who gave their life in service to their country.

This year, as those storyboards line Turtle Creek Boulevard near the entrance to Reverchon, those wishing to pay their respects can pass through the "Dallas Memorial Drive" in their cars on Memorial Day morning.

And that singular moment of respect is all that a little brother asks of you.

"I would just love one moment for people to pause and understand and think why that day off is there."

Carry the Load was founded by men and women who didn't want the true meaning of the holiday lost to discount furniture sales and backyard barbecues. So, especially in a year when a virus has canceled a gathering of like-minded families, remember that there is a nation full of grieving little brothers, who just ask you to remember.