Magdalana Williams launched an online merchandise company in June 2020. Her merch is more of a ministry. 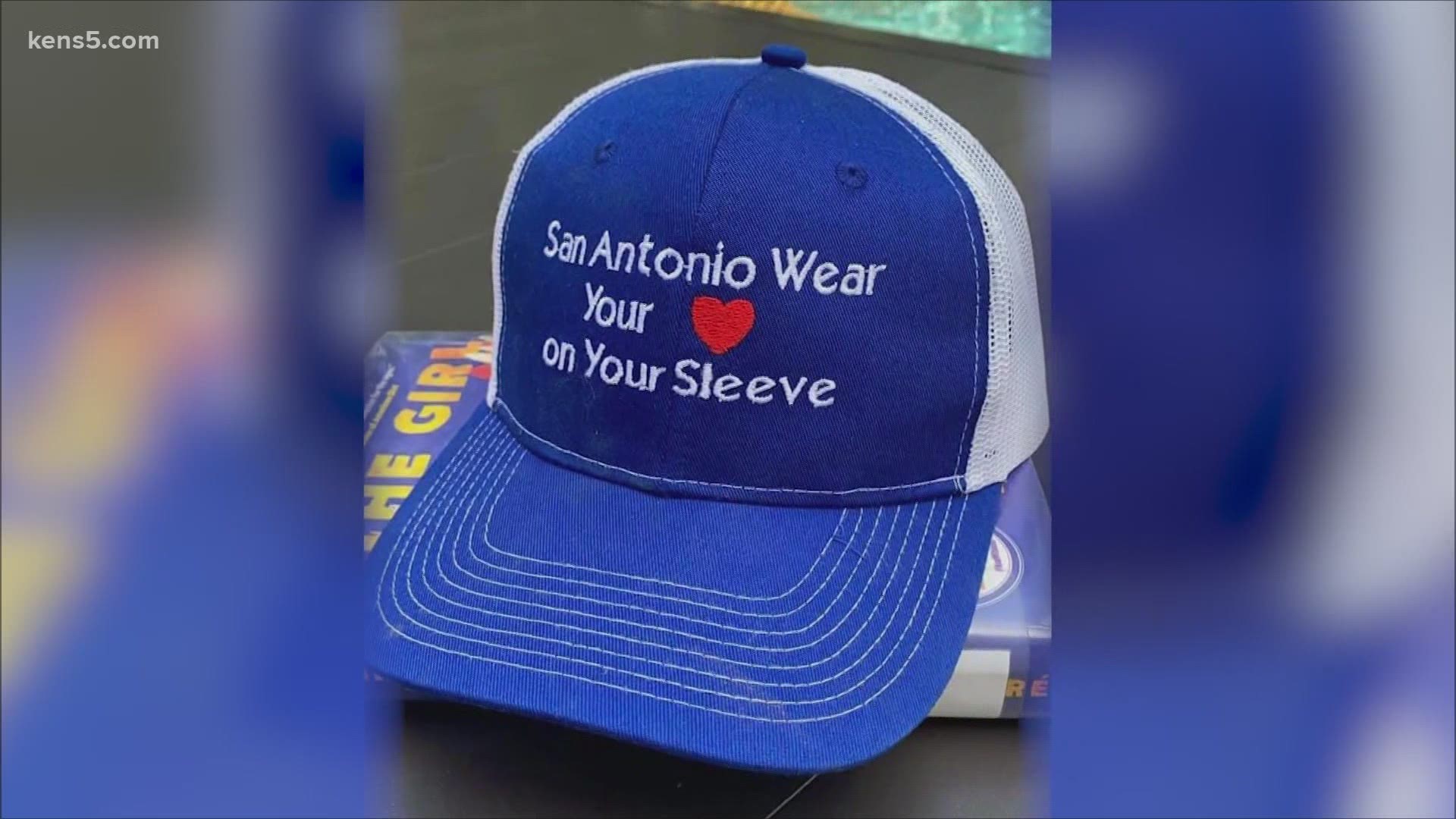 SAN ANTONIO — At just 12 years old, Magdalana Williams has learned how to turn encouragement into entrepreneurship. And her small business is becoming a huge success.

"So at first, it was words of encouraging notes, and then she asked if we could do some bracelets after that," Magdalana said.

The Tejeda Middle School student remembers a woman at church asking her to pen uplifting notes for people in nursing homes during a wave of COVID-19.

The young girl attached notes to bracelets to give to those who needed a good word.

'God's got this,' 'Have faith,' and 'You got this' are a few she handed out to the elderly to brighten their days. Then, she had an epiphany.

"That wasn't enough," she said. "We needed to reach more people who were in need."

Posted by San Antonio: Wear Your Heart on Your Sleeve on Tuesday, July 6, 2021

In June 2020, she launched 'San Antonio Wear Your Heart On Your Sleeve.' The middle school student  wanted her company's name to speak to its mission.

"San Antonio Wear Your Heart on Your Sleeve – it just shows you that you can always like put your heart out there and not being afraid to give it to other people," she said. "Just being kind to them."

Her mother, Deanna, is her support and co-CEO. Mom, however, said her daughter is more CEO than she lets on.

"She's really soft-spoken, but she has a big voice when she needs to have a big voice," Williams said.

Magdalana sells T-shirts, hats and other merchandise. The profits from the T-shirts go toward a different charity she chooses monthly. The rest of the merchandise funds operating expenses.

"I don't have any clothes anymore. It's all T-shirts because I'm always supporting her," Williams said. "I always want to get the word out there what she's doing in our community."

Magdalana designs nearly 100% of the tees unless there's a month where a guest contributor gets invited to seize the honor. Her mother is ecstatic about the idea.

The monthly T-shirts have become a blessing to non-profits. To date, the young business owner donated more than $12,000 to around a dozen charities.

Her latest T-shirt is, perhaps, the company's greatest ask.

"I feel like everybody kind of deserves a second chance. You should not be just focused on their past," Magdalana said.

For two years, her family – mom, dad, and two brothers invested time in a prison ministry connected to their church, God Behind Bars. Through the ministry and a church member, they met Chris.

"We don't know what he's done. I don't really want to know what he has done in his past," Williams said. "And it's not part of the story anymore."

They do know Chris' crime was a felony that put him behind bars for life. The family also believes God has not only transformed Chris, but is using his artwork to bring followers to Jesus.

Magdalana believes forgiveness is necessary for people like Chris. She invited him to design the T-shirt for July.

"We should never be like putting down someone just because of what they've done," Magdalana said. "We should be looking at what they can do for others and for themselves."

The proceeds will go to the Shepherdsown Ministry to help transform the lives of inmates through the power and word of God.

"Always being able to forgive because that's what God says to do," Magdalana said.

Her mother realizes their inmate ministry support requires a merciful mindset and heart.

Compassion. Hope. Love. Encouragement. All things that have helped Magdalana's business flourish in its first year.

"You can never regret it. Never can you regret being kind to others," Magdalana said.

She is a straight 'A' student who loves science, soccer, track, cross country and traveling. Her dream is to become a neurosurgeon who remains courageous enough to wear her feelings on her sleeve.

If you have a nomination for 'Kids Who Make San Antonio Great,' send us an email at Greatkids@kens5.com. #GreatKidsSA