Christopher Ramirez, 14, was so determined to learn the accordion that he drew the keys on a piece of paper. 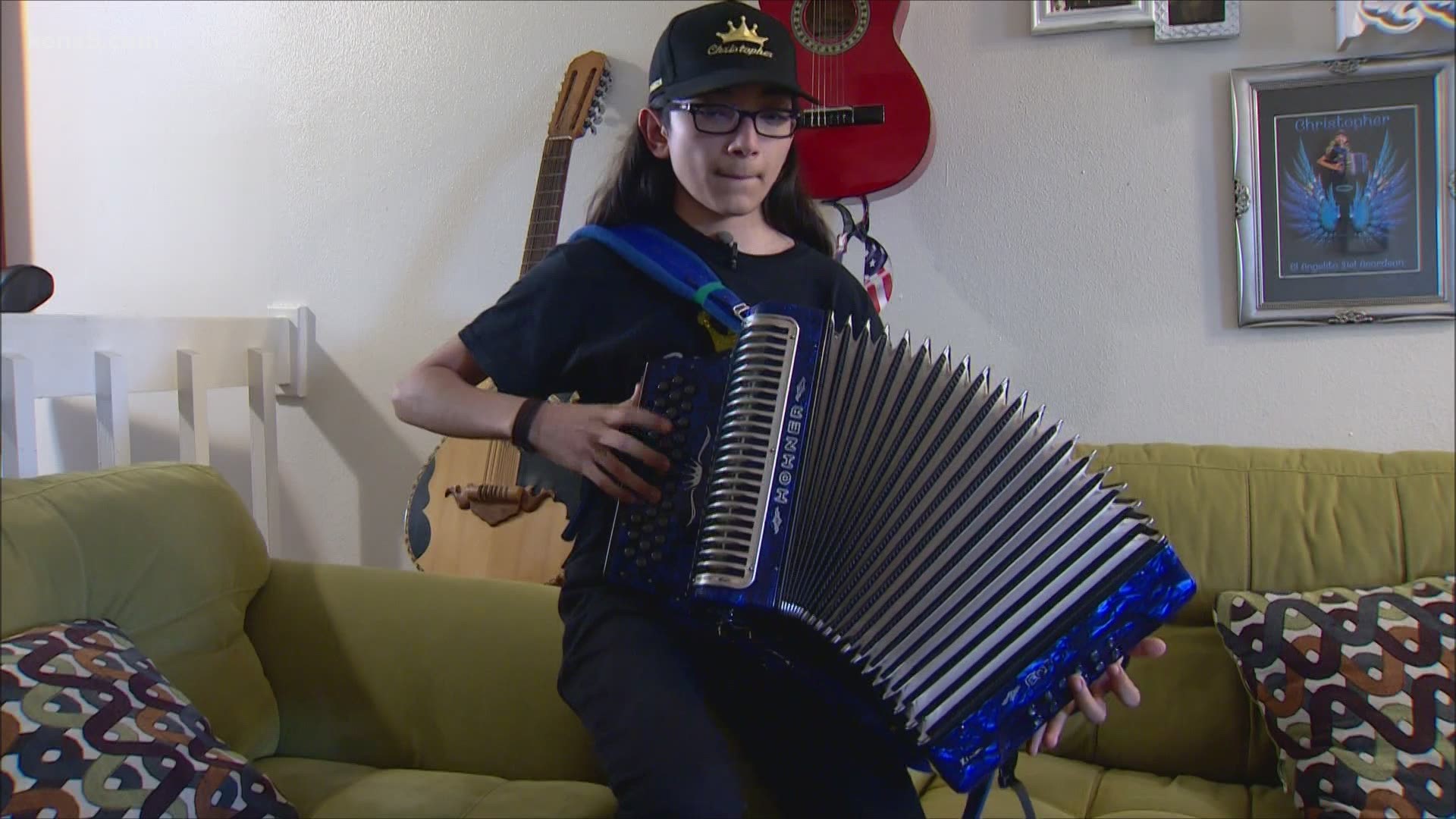 SAN ANTONIO — At 14-years-old, Christopher Ramirez is an award-winning accordionist. His quest to learn the instrument started at age nine, listening to music on his parents' radio.

"One day, I asked them what was that specific instrument they put in the radio?" he recalled. "And my parents said it was the accordion."

After a bit of research, he drew the buttons on paper to figure out how to play the instrument. By Christmas, Ramirez's parents noticed his evolving love for the accordion.

It was on the Apple device he found an accordion game. That's when they decided to gift him with an accordion. It would start to change his life.

"It's just like when you have imaginary soldiers, and you don't know what's going to happen next," he said.

Ramirez became utterly engrossed. He showed some interest in football. But his mother became worried the sport would damage his fingers.

"She was like no," he said. "You're going to break all your fingers. And what about the accordion?"

His mother gave him a performance moniker that seems to fit like a pair of wings.

"I'm mostly known as 'El Angelito Del Acordeon, ' which in English is the angel of the accordion," he said.

"I produce and arrange music as far as like band recordings," Guerrero said. "But when he adds this flavor to it on the accordion. It's just totally something – awesome."

Guerrero is also a mentor because he founded the Tejano band 'La Sombra.'  He notices Ramirez's heart.

"He's a very humble kid. Very down to Earth," he said.

He's a kid who made it into the finals for the Texas Folklike's 15th annual Big Squeeze Youth Accordion finals.

"I know it's a competition, but I see it as a way where many people show what their hearts feel and what they like to do," he said.

It was a long way from his first performance at school. He remembered the jitters speaking to his mind louder than the music he needed to play.

He said; sitting in the car, he leaned in on his mother.

"What if I mess up or if this happens? What if they don't like how I play?" he said.

Once he was in the building and got distracted in conversation with his friends, he calmed down.

Ramirez said he found the stage to be a fantastic place of expression.

He's a family guy who loves his mother, father, two dogs, and siblings. Sister Jackie and younger brother Joshua are part of his dream team for a band.

The Longview Middle School student's other dream is to be a dentist.