Not many 13-year-olds can say they are the main character in a comic book. Julius Chatman can because he's a superhero. 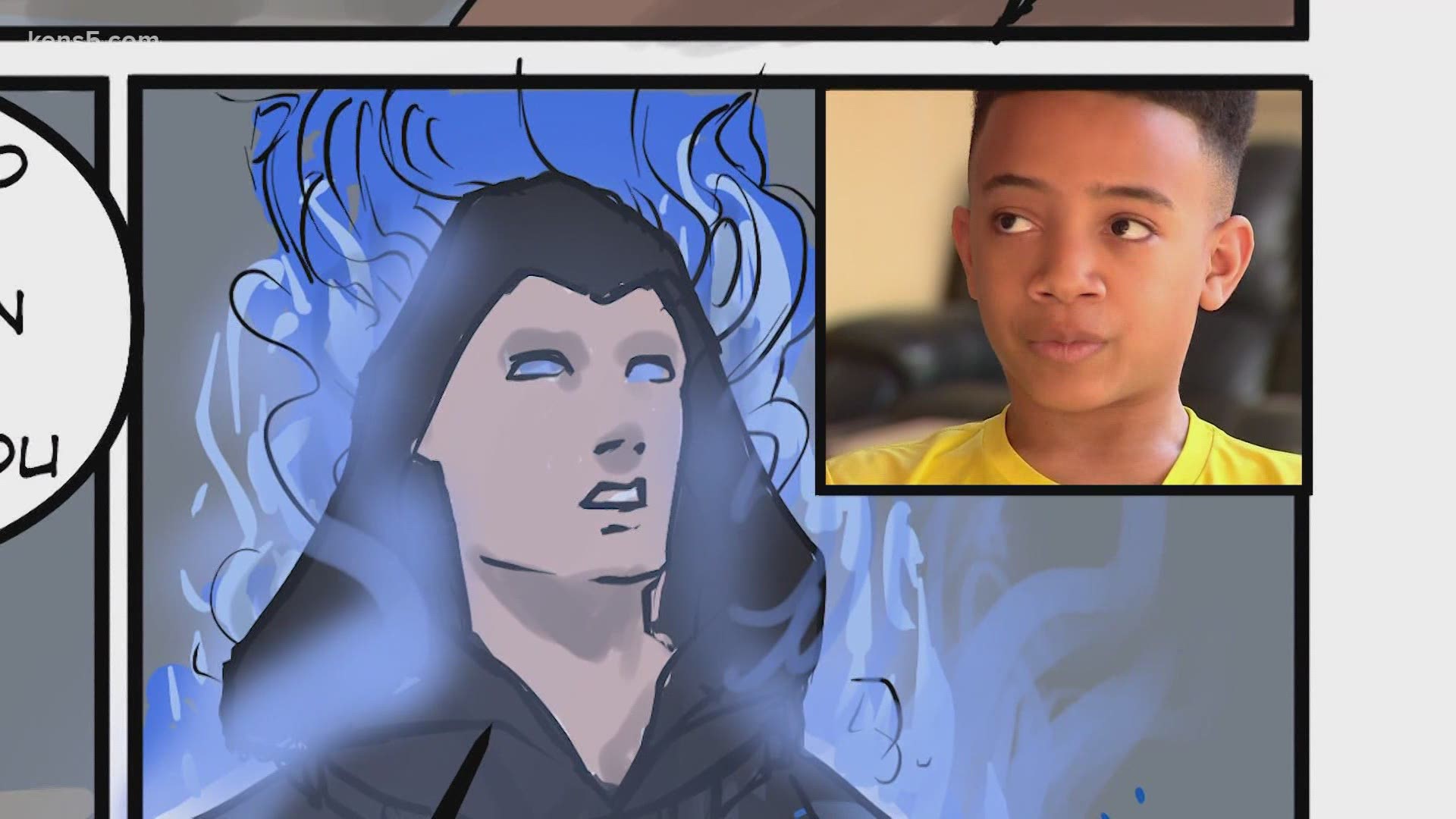 SAN ANTONIO — It almost seems cliché to call Julius Chatman a mild-mannered kid who happens to enjoy swimming, video games and hanging out with his father. The middle school student has an alter ego.

"I had to really pressure my brain in order to think what the comic was going to be about," Julius said.

The 13-year-old isn't dashing to find a secret closet to switch into tights and a cape to reveal himself to the world.

Instead, the teen is writing a comic book with his father, Joseph Chatman.

The 34-year-old and his youngest child are creators of Imperial League Comics.

"We both love Marvel and D.C. Comics or whatever," Chatman said. "So, we put our minds together and created something great."

The creation is 'Karma Kid.' The idea for the young African-American superhero came up in 2018. Three years later, the character is copyrighted, published and available on Amazon.

The father of four and his son pull from some personal experiences to build the storylines for Karma Kid. But the subject matter and the process isn't always easy.

"It just went through a bunch of drafts – like character designs," Julius said. "What the characters would look like, character descriptions. It took a lot."

The final product is a fictional character named DeMarco, who runs into many challenges in the first issue.

A bully confronts DeMarco after school. Then, he runs into the neighborhood gangster who tries to lure him into selling drugs. The character's subsequent encounter is life-changing.

"He meets an alien from outer space that sees all of his pain," Chatman said. "He gives him a gift to use in a positive light to rid the world of all the negativity."

DeMarco's inherits a mix of powers, including his signature blue flame activated by the teen's positivity.

"That's what DeMarco is made of – positivity," Julius said.

The story's arc doesn't shy away from serious issues like domestic violence.

Chatman is using the experience to, hopefully, teach his son how to build generational wealth. It also an opportunity to plant seeds in his son's character. Something Chatman said he missed from the lack of a consistent male figure in his life growing up in Waco.

"Instilling in our kids that they can do anything that they put their minds to in a positive mind frame," he said. "Having a great mother and great father in our lives can actually help those things occur."

Of course, they dream of one day bringing the character to life in a series or movies like Batman or Spider-Man.

Julius is concentrating on going to the eighth grade and one day becoming a video game developer.

Meantime, the two said their second issue is on its way. They work with an illustrator in Indonesia who brings their script to life.

"I was thinking to myself, 'I just can't believe so many people are supporting the comic,'" Julius said.