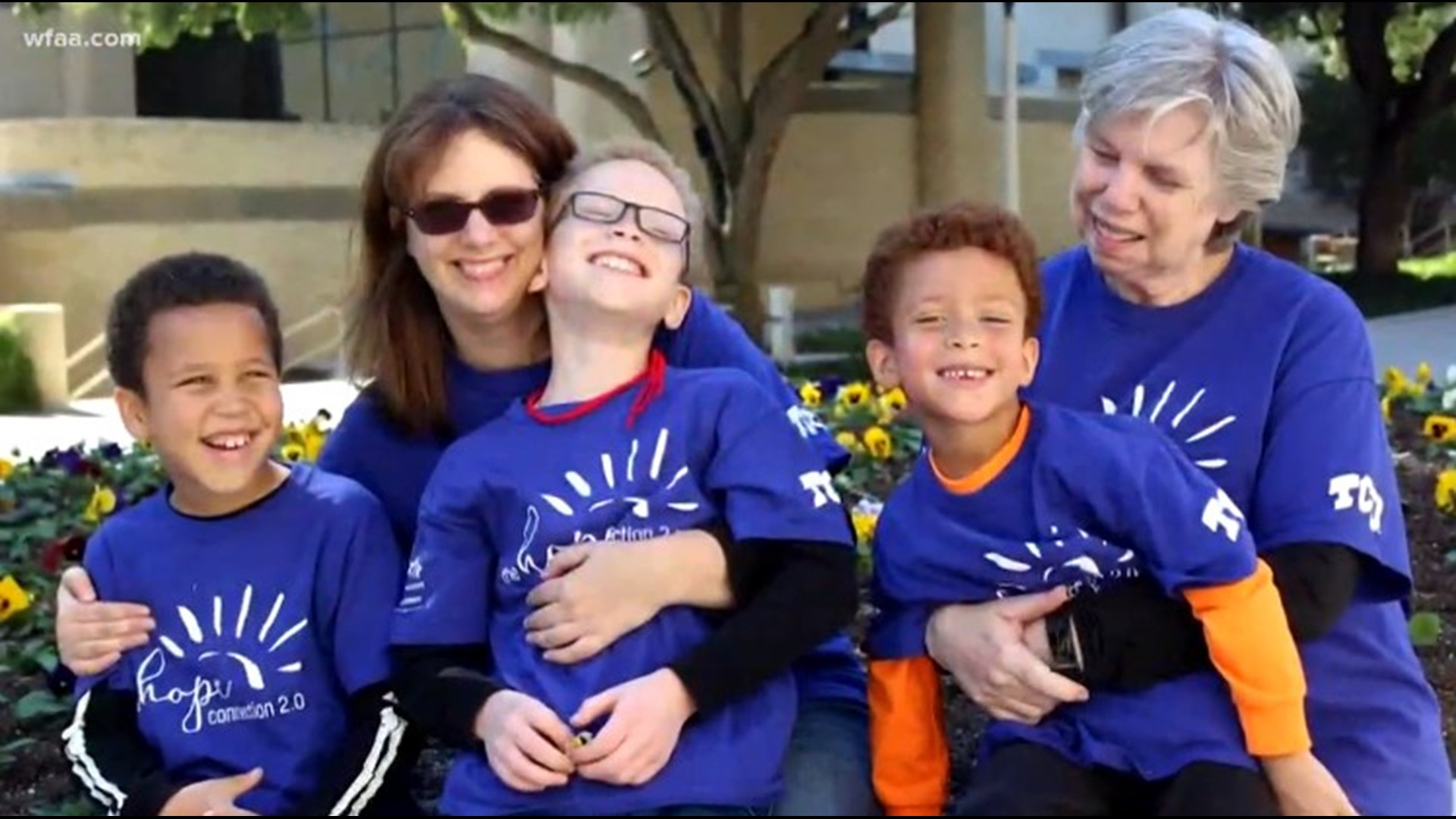 Three brothers WFAA featured in on Wednesday's Child in 2017 are doing incredible. They were adopted by a single mother who has a message for foster parents.

WFAA met Stephen, Noah and Alex in 2017. The young brothers were absolutely adorable.

It was a priority to their caseworker that they got adopted together. She made it happen.

The boys were adopted by a single mother who is raising them with the help of her mother.

"To anyone who is thinking about adopting through foster care, I just want to say these kids are so much more than their files and their histories. My boys are extraordinary people," said Michelle Bothel.

The boys are thriving.

Stephen, the oldest, is now 9 years old. In a recorded message for WFAA, he talked about what makes him special.

"What's special about me is that I like animals. I like taking care of babies, and what's special is that I'm talented," Stephen said.

Noah, the middle child, is 8 years old. He expressed how happy he is while pointing to his family members.

"That's my nana, my mommy and my uncles, and my whole family wants to take care of me and they love me very much," he said.

The youngest of the brothers is Alex. He is 6 years old and wants everyone to know his family is special.

"My family makes it special because mommy's here, nana's here and steven's here and Noah's here and I'm here," he said talking about his mom, grandmother and brothers.

Bothel saw the story on the brothers three years ago. Single parents who have always wanted children, she says, you can do this too.

"Use the village," she said, while acknowledging it wouldn't have happened without WFAA's Wednesday's Child segment.

'I love you no matter what': Wednesday's Child shares special message for brother, sisters after they were adopted separately

He's waited 10 years for this moment. Teen featured as Wednesday's Child in 2017 is gifted braces and getting adopted in August

'It's been great to watch her blossom': Meet 7-year-old Tyleisha, this week's Wednesday's Child