Police released the boyfriend after consulting with the DA's office. The case will be referred to a grand jury. 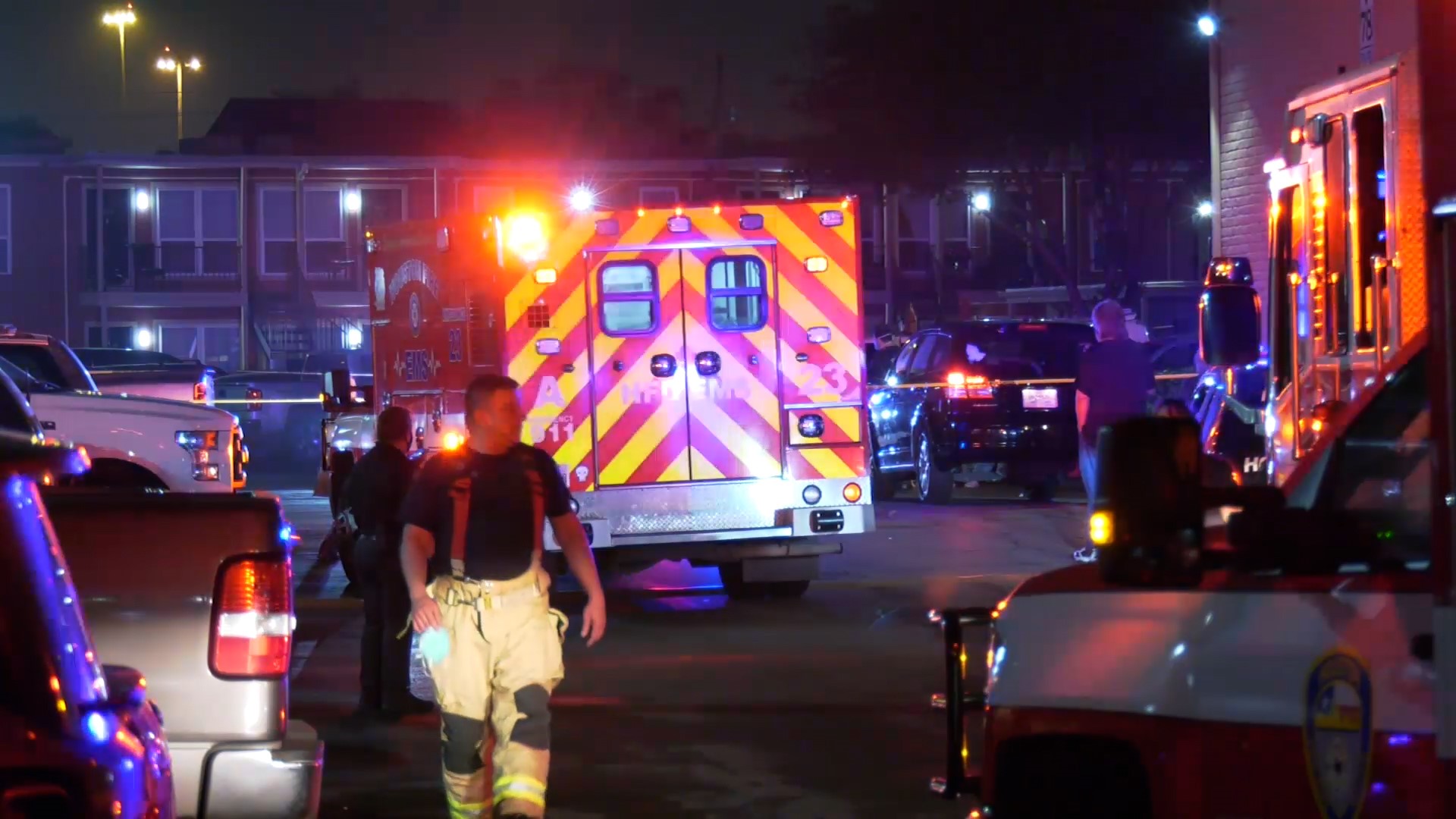 HOUSTON — Houston police said the fatal shooting of a man during an altercation late Thursday would night would be referred to a grand jury.

Note: the video in this story is a raw clip from the scene very early in the investigation

The shootout was reported at about 11:15 p.m. at an apartment complex at 7575 Plum Creek Drive in southeast Houston.

Lt. R. Willkens said a group of friends went to the complex to help a woman pack her boyfriend’s belongings. The boyfriend showed up, and there was an argument and fight among the group.

Jekalon Williams, 19, pulled out a gun and opened fire, and the boyfriend did as well, police later said in a press release. Williams was shot and died at the scene. The boyfriend was not hurt.

At the scene during the investigation, police said they received conflicting statements as to who may have fired first. No charges have been filed.

Police were initially looking for the boyfriend in a silver car, but they later said they were able to question and release him after consulting with the district attorney’s office.

Anyone with additional information in this case is urged to contact the HPD Homicide Division at 713-308-3600.

Eastside officers are on a shooting at 7500 Plum Creek Dr. One adult male is deceased. #hounews CC9