Pools, equipment moved out of Temple Mall where 7 Seas Aquarium was once planned

The general curator of 7 Seas Aquarium was packing up equipment and hauling away small pools Friday afternoon from the Temple Mall. 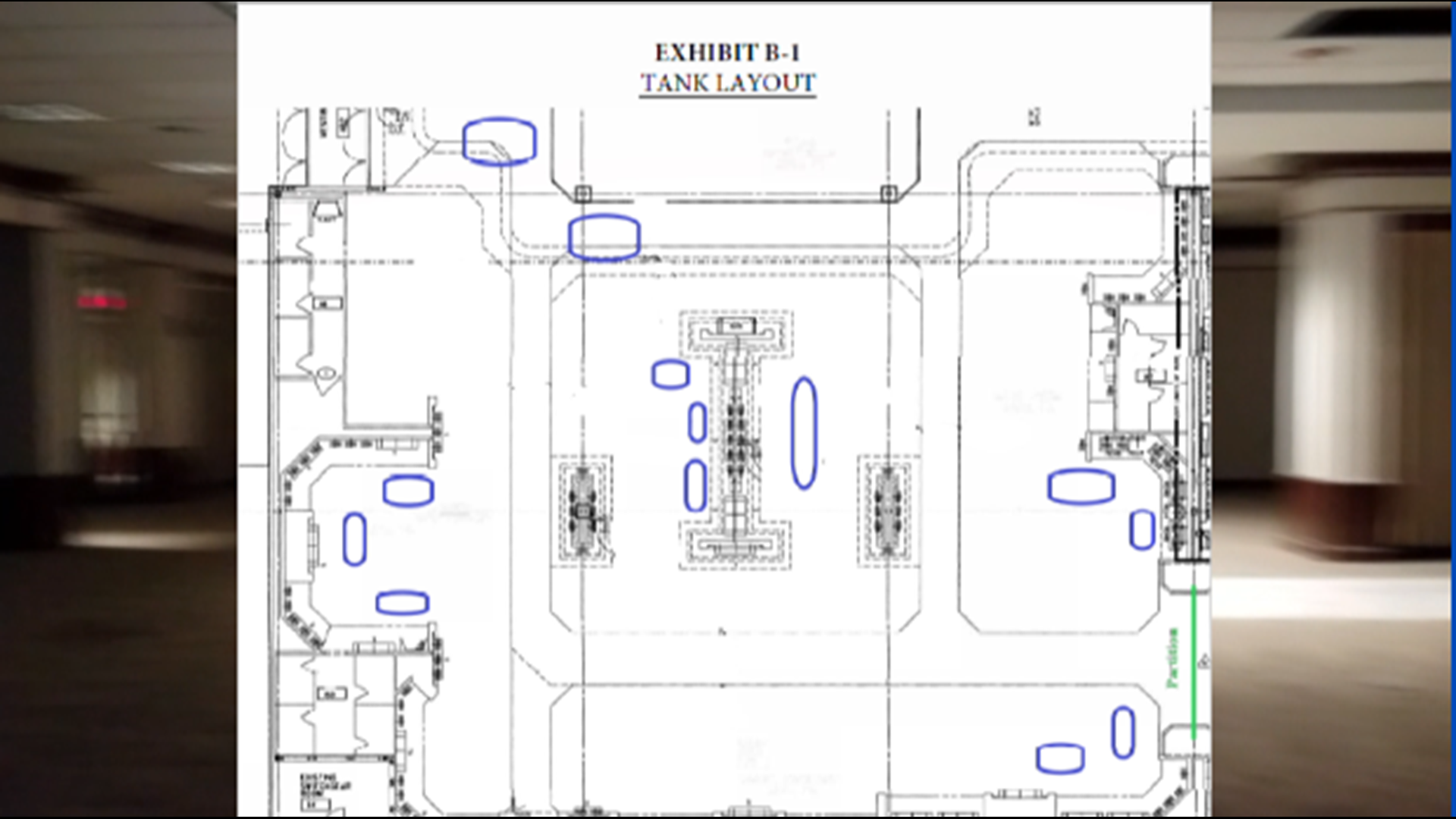 TEMPLE, Texas — Editor's Note: The video attached to this story is from when 7 Seas submitted building plans to the city.

The general curator of the 7 Seas Aquarium, Fidel Junco, packed up equipment into a U-Haul and had nine small pools on a trailer Friday afternoon outside the Temple Mall.

A 6 News reporter was in the area and saw the move-out taking place. He took the pictures from off the mall property.

An attorney for Junco informed the city of Temple on April 22 he would no longer be pursuing the project that was first announced in November, 2019.

The project was plagued by delays and a lack of the proper permits from the beginning.

Temple Director of Marking and Communications Heather Bates said the city met with Junco on three separate occasions to go over the permitting process.

The last meeting was March 2 when Bates said representatives from building inspections, code enforcement and the fire marshal's office met with Junco at the former Dillard's in the mall where the aquarium was supposed to be built.

7 Seas provided the city with building plans after the last meeting which appeared to be a map from 2009 of the Dillard's plan but with blue ovals on it. The city said they believed the ovals were supposed to be fish tanks.

Credit: Andrew Moore
A U-Haul is loaded up outside the Temple Mall where the 7 Seas Aquarium was supposed to be.

Junco also sold $99 one year passes, which he said would be honored for two years and then four years as the project continued to be delayed.

The 7 Seas website says in the event that the facility fails to open, those who bought passes have 30 days from the date of that public announcement to request a refund. It directs people to email contact@7seasaquarium.com. 6 News emailed that address to ask if people were getting refunds. We had not heard back as of this writing.

We called the number listed on the Temple Mall website to reach management but were only able to speak with someone in security and lost-and-found. The man said they were not allowed to speak us, to have a nice day and hung up the phone.

We also left two messages for attorney Damon Goff of Goff & Mintz Law Firm in Austin. Goff sent the notice to the city that the aquarium project would not be completed. He had not returned our calls nor responded to an email as of this writing.

Peggy's Coffee House in the mall was listed as a corporate sponsor on the 7 Seas website. We called them and asked for a manager. An employee who answered the phone said, "We are not interested in talking to you about the aquarium."

A phone number we have for Junco that he gave us in February was no longer working.