Popeyes Louisiana Kitchen said it terminated a San Antonio employee after a police officer said his meal came with a disparaging remark and saliva. 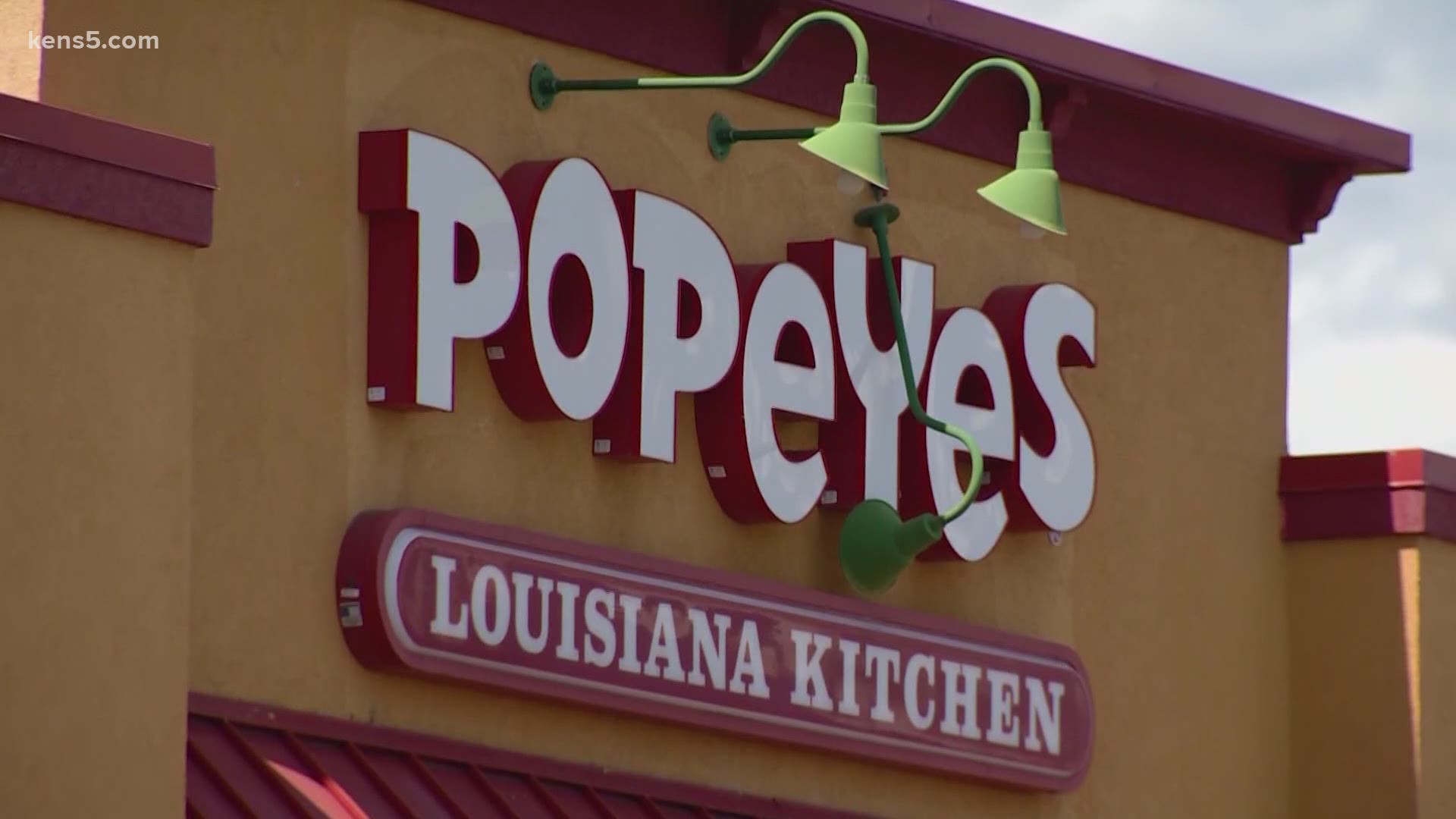 SAN ANTONIO — San Antonio Police have launched a food tampering investigation into a Popeyes Louisiana Kitchen restaurant on Nacogdoches Road, as investigators try to confirm if an employee spat on an officer’s food.

According to an SAPD report, it was Wednesday night when the officer in question heard an employee yelling "ACAB" while ordering his food. The police report stated the term is a belittling acronym used against law enforcement.

Police said that, when the officer got his food, that same term was written inside his meal box in black marker.

Investigators said the officer also noticed spit on top of his food, which he then threw away before reporting the act as a crime.

“This has been a reality for police officers for quite some time because of the job that we do,” Officer Doug Greene said. “There are some people who have negative outlooks, negative experiences.”

Greene, a public information officer with SAPD, said investigators are reviewing surveillance video to determine if a crime happened. He said the victimized officer was in uniform and on-duty at the time of the incident.

According to Greene, the food tampering is the only potential criminal matter. The derogatory language would have to be handled by the company.

In a statement, Popeyes declared its corrective steps on the incident, saying the employee has been terminated:

“We want to apologize to the guest involved. The actions of the team member do not reflect the values of our brand nor the high level of service we strive to deliver to our guests. The team member no longer works at the restaurant and the owner has reached out to the officer to personally apologize.