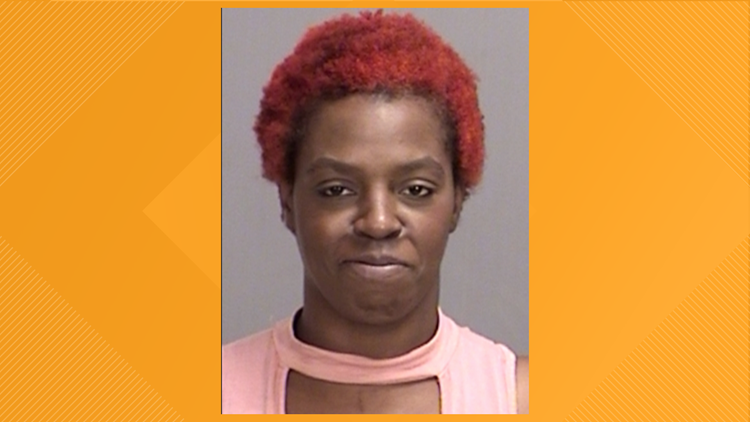 Photo by: BRAZOS CO. JAIL
Jasmine Robertson, 29, of Bryan, is charged with assault after her store manager accused her of attacking her in anger over being fired. Robertson told police she was defending herself, court documents state.

COLLEGE STATION, Texas — A former employee of a store at the Post Oak Mall in College Station is being accused of lashing out and attacking her store manager after she got fired.

Jasmine Robertson, 29, of Bryan, is charged with assault. She told police she fought back in self defense, according to court documents.

It happened back in June of 2019 at the mall just after 7:30 p.m. The store manager told police Robertson had put in her two weeks notice, but had been "causing drama" at the business and she reported it to her district office. This was reported to the corporate office, according to court documents, and the store manager said she was given approval to fire Robertson early.

Police were able to get security footage of the fight, they said, which shows Robertson attacking the victim in the store. Robertson has since bonded out of the Brazos County Jail on $4,000 bond. A check of her record shows she has been charged with assault once before in April of 2019. She also has a previous charge of assault with a deadly weapon in June of 2013.