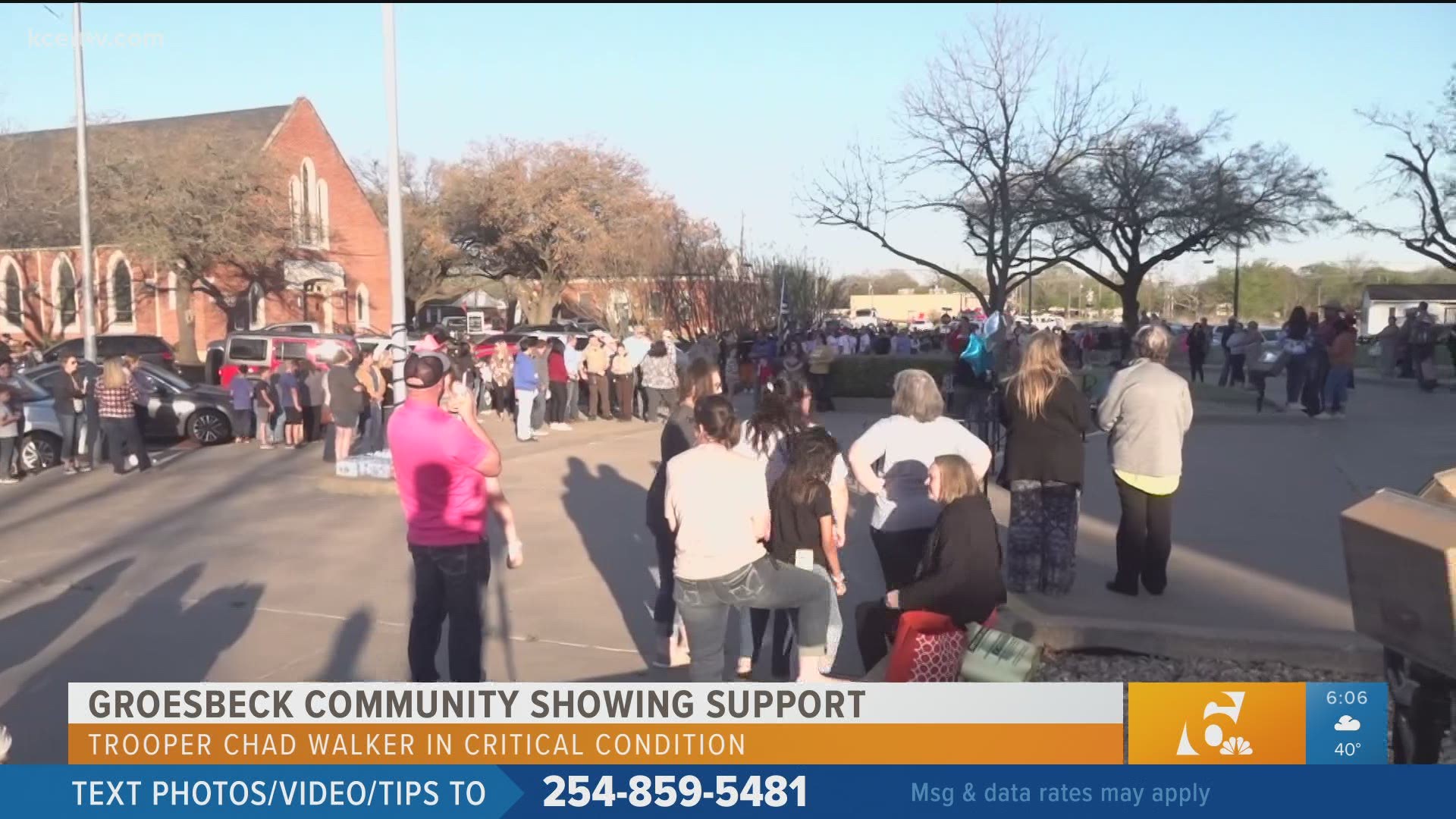 GROESBECK, Texas — More than a hundred people met at the Limestone County Courthouse Sunday evening to hold a prayer vigil in support of DPS Trooper Chad Walker. Walker remains in critical condition at Baylor Scott & White Hillcrest in Waco after he was shot Friday evening just outside of Mexia, according to DPS.

Community members and law enforcement from across the county came out in support of Walker. Some, like Groesbeck Chief of Police Chris Henson, had more than a few funny stories to tell.

Henson said Chad Walker let him go with a warning. He would also periodically introduce Henson to new DPS recruits, and make a joke at Henson's expense. He didn't mind.

"If you had a whole herd of cows out or anything else going on, he would always be there to help. I couldn't think of a better man," Limestones Sheriff's Office Deputy Black Knoph said. "Chad is the kind of person that, no matter what, he is going to put a smile on your face. He'll make you laugh. And he'll be there when you can't."

"We've been close to the Walker family. We all grew up together," Casey Warren said. "We are family we want them to know that we love them and the community loves them. We know that Matthew 18:20 says that 'When two or three are gathered in my name, I am there.' We know how strong the power of prayer is and that is what we are doing here tonight. We are praying for a miracle and for the rest of the Walker family."

Walker was shot in the head and abdomen as he pulled in behind what appeared to be a disabled vehicle at FM 2848 and Highway 84 in Limestone County, according to the Texas DPS Officers Association.

A Gofundme page has already raised more than $64,000 for the Walker family.