A pre-trial motions hearing for Dallas Bandido Christopher Jake Carrizal is set for March 16, 2018. The motion was filed on Monday. 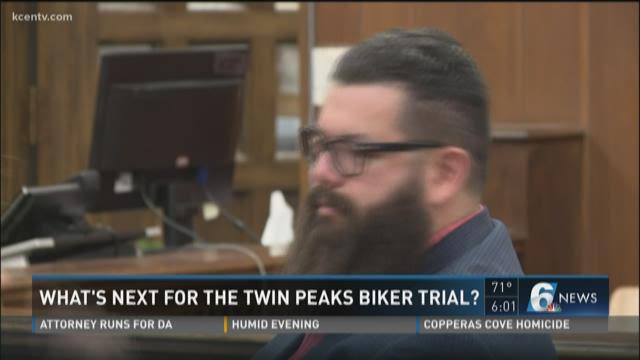 A pre-trial motions hearing for Dallas Bandido Christopher Jake Carrizal is set for March 16, 2018. The motion was filed on Monday.

Channel 6 Legal Expert Liz Mitchell said, in theory, the role of Carrizal's trial in the series of Twin Peaks biker trials was supposed to set the precedent for how the other 153 bikers would be handled. Mitchell said generally the state would want to begin with the case they deemed to be a lock.

In other words, prosecutors would lead with the case most promising of securing a life sentence.

Then, the other bikers would see what evidence the state has and would be encouraged to take plea deals.
“Every time you try a case you feel that it is a slam dunk,” said Mitchell. “But it is always a gamble. You're convincing twelve people beyond a reasonable doubt that something happened on a day where they were not there. For this trial to end in a mistrial is defiantly a devastating blow for the state, but not one that's insurmountable."

District attorney Abel Reyna said he must evaluate the evidence, and look at new ways to produce it in order to get a conviction the next time.

Matthew Clendennan from Hewitt was scheduled to be the second biker to stand trial for the Twin Peaks shooting. His attorney Clint Broden said a hearing for the case will take place on November 20, but there's no trial date set.