Kurt Suzuki put on a 'Make America Great Again' hat as he approached the podium. 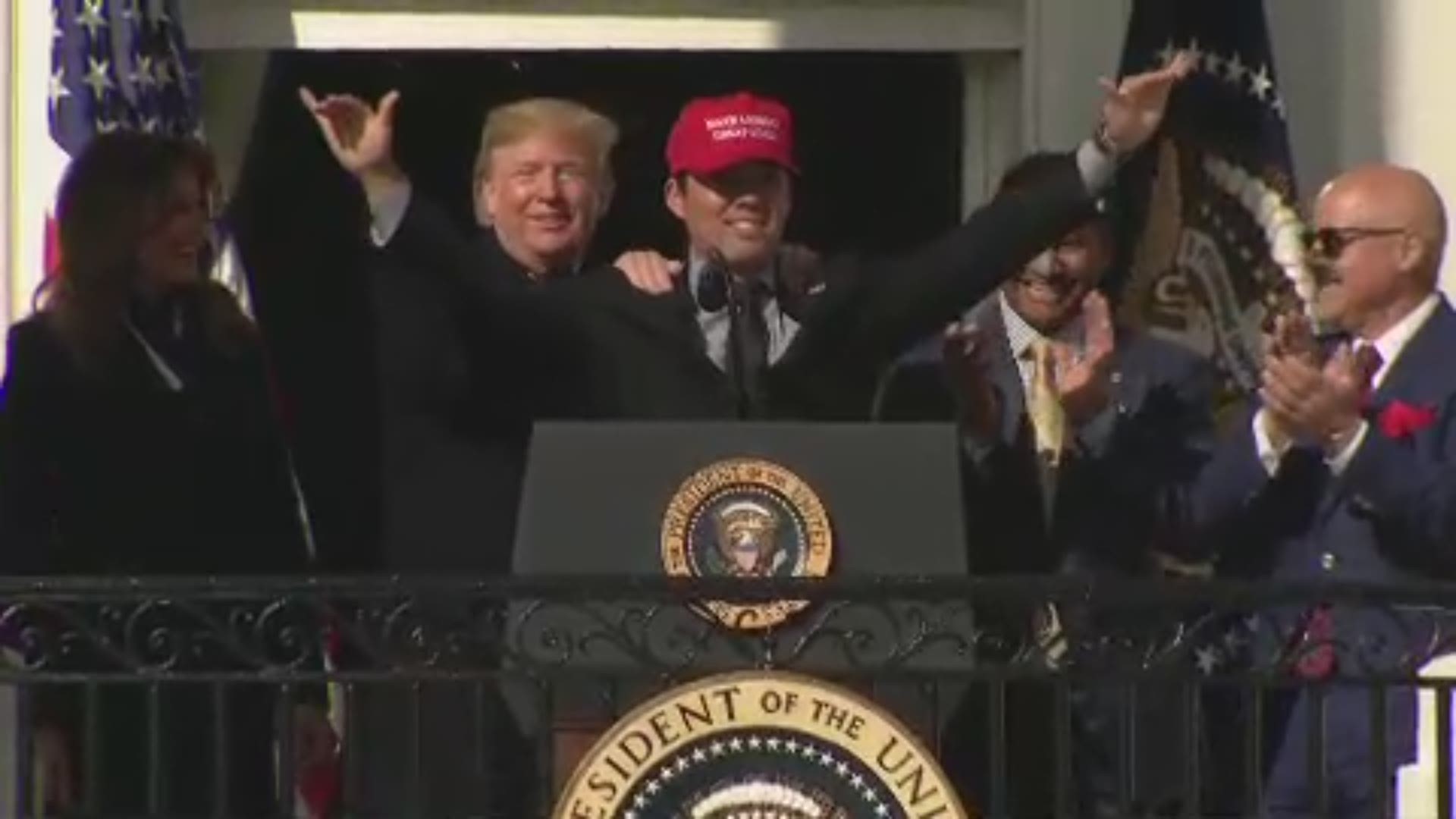 WASHINGTON — The Washington Nationals celebrated winning the World Series with a trip to the White House, and some of the players really felt the love.

While addressing the audience, President Trump recalled the team's history and struggles during the season.

"In the final weeks of the regular season, you were down six runs against the Mets," President Trump said. "In the bottom of the ninth you scored seven runs -- I do remember that well. Including an amazing three-run homer by Kurt Suzuki, where's Kurt? Where is he? Come here, say a couple words, come on."

As Suzuki approached the podium, he put on a 'Make America Great Again' hat, and President Trump gave him a hug.

As President Trump stepped aside, Kurt Suzuki addressed the crowd.

"What a job he did, I didn't know that was going to happen," President Trump said.

President Donald Trump tweeted congratulations to the team following the Nats win saying they had  "a great season and an incredible World Series."

The Washington Post reported Friday that pitcher Sean Doolittle said he won't attend the celebration at the White House. During Trump's administration, a few winning teams have been reluctant to go to the traditional White House championship visit.

The teams include the Golden State Warriors, who were disinvited by Trump after several players said they would not attend and the Philadelphia Eagles who had their visit canceled by the White House because only 10 players agreed to visit.

The Washington Capitals also announced that they will be honoring the Nats at their game on Sunday evening. The Nats and the Commissioner's Trophy will be honored on the ice during a pre-game ceremony.

When the Capitals won the Stanley Cup in 2018 the National hosted the team at Nationals Park.

The Capitals visited the White House in 2018 after their first Stanley Cup win over the Vegas Golden Knights. Two members of their team, goaltender Braden Holtby and right-winger Brett Connolly did not go on the visit. Holtby said that it was a personal thing for him and he wanted to stick to his values. Team member Devante Smith-Pelly also did not make the visit because he was playing for Washington's AHL affiliate.