No Way Out: Prisoners are setting fires to protest pandemic conditions

The Marshall Project and WFAA’s review of state records found that the prison system has failed to correct basic problems with non-functioning smoke and fire alarms. 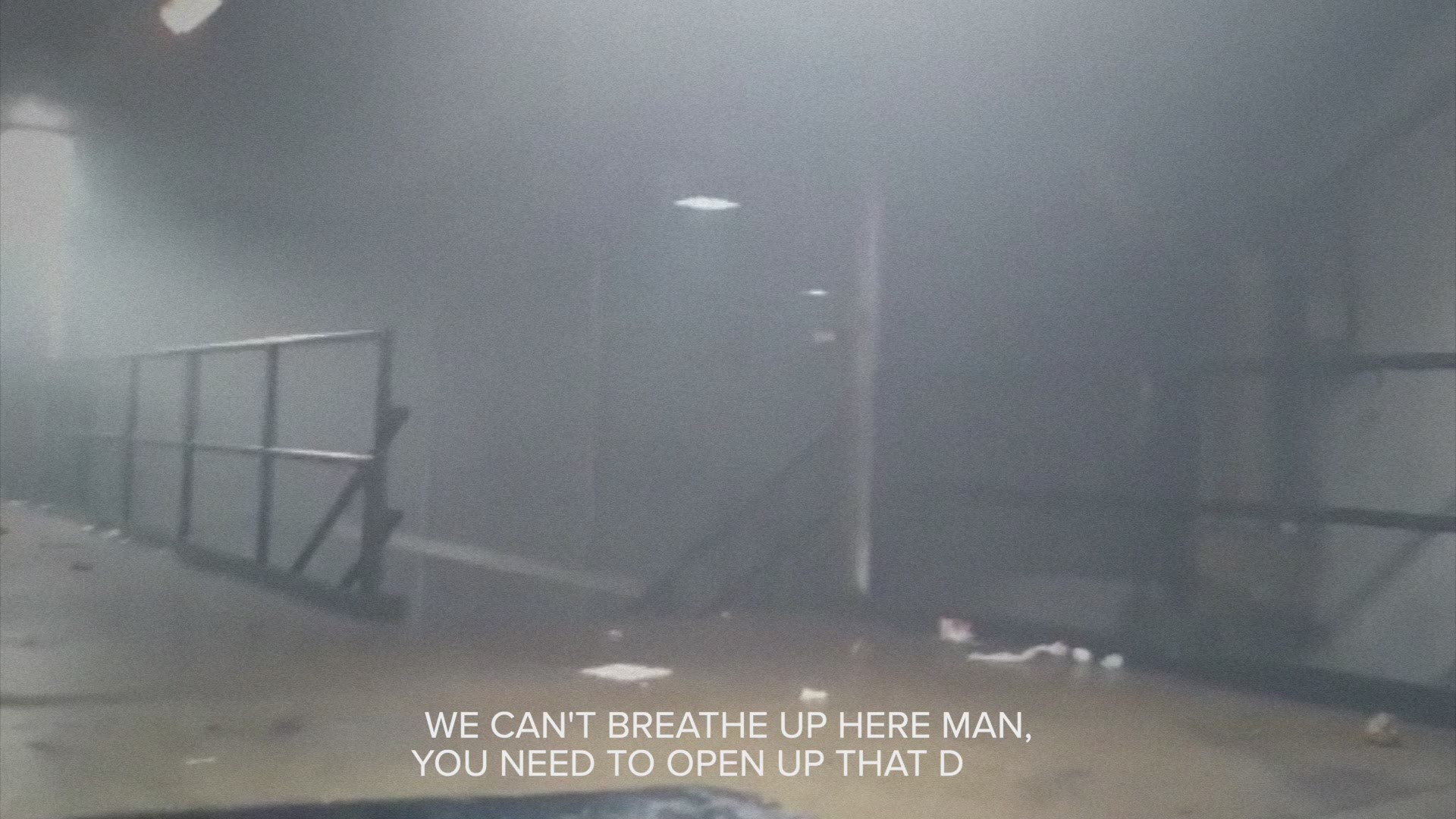 As the virus spread, the prisoners grew desperate. They couldn’t see their families, many couldn’t leave their cells, thousands couldn’t get anything to eat but bad rations. Some tried contacting advocacy groups. Some tried filing grievances.

Dozens of videos taken inside Texas prisons over the course of the pandemic show crackling blazes outside of cells, in stairwells, and in housing areas. Prisoners set these fires, often saying that they hope to attract the attention of officials who might address whatever problems the overextended guards aren’t tending to, including poor food, dirty clothes, or no access to showers.

The conflagrations don’t always have the intended effect; in fact, prison officials find them easy to ignore. That’s because more than 200 Texas prison buildings do not have working fire alarm systems.

The Marshall Project and WFAA’s review of state records found that the prison system has flouted fire-safety officials for at least a decade, every year failing to correct the same basic problems with non-functioning smoke and fire alarms and unsafe wiring.

Many prison kitchens do not have adequate fire suppression systems, and some units have electrical wiring that is a hodge-podge of extension cords, according to records from the State Fire Marshal’s Office.

The office has been flagging serious problems since at least 2012, when it noted that the Texas Department of Criminal Justice has “had a long history of noncompliance” with fire-safety standards. Last year’s annual inspection report found 2,925 safety violations in the prison system, which corrected only 167 of them, or less than 6 %. 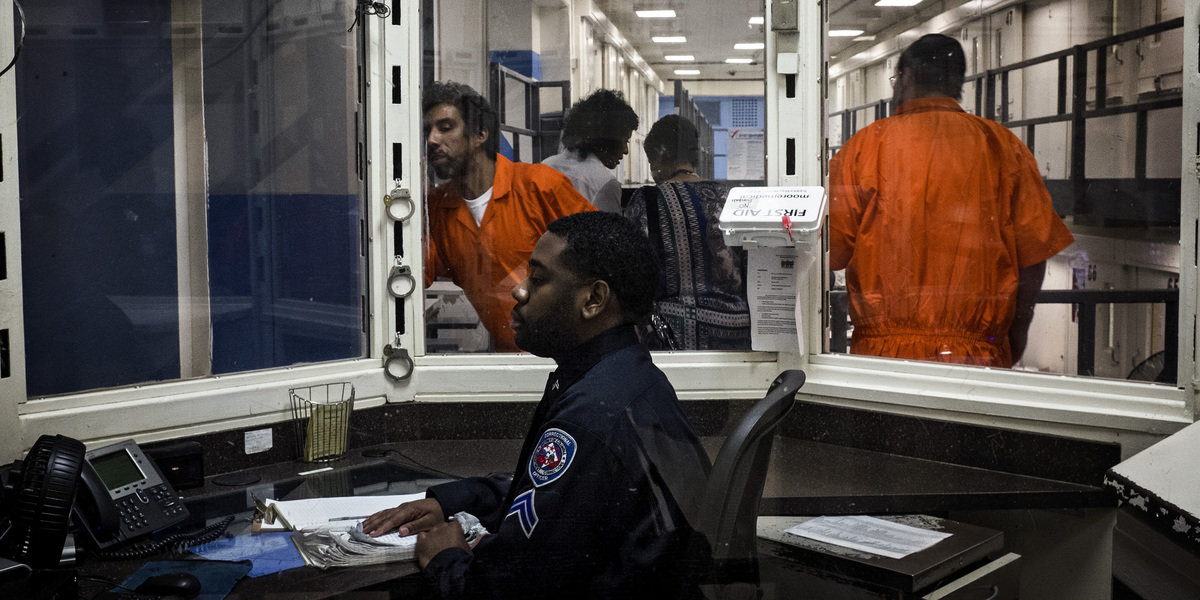 Coronavirus Restrictions Stoke Tensions in Lock-ups Across U.S.
Coverage of the COVID-19 pandemic, criminal justice and immigration. In the grainy cell phone video, the prison block is dim and the shouting muffled-but the sight of wafting, gray smoke is unmistakable.

“Incarcerated persons can’t protect themselves,” she said. “So when you combine the risks of Covid-19 and a situation where there’s not adequate safety infrastructure in place, you have a recipe for a disaster. Just crossing your fingers and hoping a fire doesn’t happen isn’t good enough.”

A spokesman for the prison system, Jeremy Desel, said it “is aware of the State Fire Marshal’s report” and has been requesting money to upgrade fire safety systems for years.

“The agency has processes in place to mitigate issues identified in their report,” he said.

Even without a pandemic, prisoners sometimes start fires. They aren’t allowed to have lighters or matches, so some cobble together metal to make jailhouse fire-starters known as “stingers.”

Others stick razors and graphite pencils in electrical outlets to create sparks—a simple process one prisoner demonstrated in a video chat with a reporter earlier this year. They use the sparks to light a piece of paper or cloth, then toss the growing fire out their cell’s food slot to burn in walkways and common areas.

Sometimes, incarcerated people start fires in the midst of a mental health crisis or after taking smuggled-in drugs like K2. But staff and prisoners say that often the fires are a tactic to summon help and draw supervisors down to the cells.

That’s what one prisoner said was happening in a video taken in late March inside a Texas prison. Grainy images showed smoke wafting across the cellblock, where men shouted in the dark.

“It’s a nonviolent protest going on right now because the officers, in the middle of the coronavirus, have refused us electricity for several hours, no showers or anything,” a male voice says in the recording. In the video, the officers did not appear to react or notice the blaze.

A prison spokesman said at the time that he had no record of the incident or its resolution.

In the months since, prisoners and staff across the state have shared accounts, videos and pictures documenting fights, drug use, fires, and other unrest, particularly in some of the state’s toughest, most understaffed units. In some clips reviewed by reporters at The Marshall Project and WFAA, men in a smoke-filled unit screamed, “We can’t breathe! We can’t breathe!” after staff members did not respond to fires that smoldered for hours, prisoners said.

Other video taken a few days later showed the red glow of flames from a tier of cells below. “That’s a fire,” a male voice says. “They’re not trying to put it out or nothing.”

The Marshall Project and WFAA are not naming the prisons because the prisoners fear retaliation from corrections officials. The joint investigation has taken steps to confirm the incidents shown in the fire videos through interviews with prisoners and prison staff.

A prison staffer who requested anonymity for the same reason said officers sometimes are slow to respond to flames or reluctant to use fire extinguishers because there aren’t enough staff and they want to avoid the hassle of documenting incidents.

Corrections officers “only have to report them if they use the firehose or extinguisher, so they use the water coolers to put the fires out,” the staffer said. “It’s becoming a daily occurrence.”

One prisoner said sometimes the flames continued unabated for hours, while men at other units reported separate fires two or three times a day. Though the agency’s internal emergency reports show fewer than 15 fires a month total at all of the state’s approximately 100 lock-ups, prisoners and staff say that’s a significant undercount. The agency spokesman said those figures do not include an additional 103 fires prisoners set in their cells.

“All fires are responded to, extinguished, and investigated,” he added.

While none of the fires started since March appear to have resulted in any deaths or substantial damage, blazes at prisons have caused major problems as recently as 2015, when prisoners at a federal facility in South Texas set fires that left the complex uninhabitable.

Yearly reports published by the State Fire Marshal’s Office show that, unlike many of the state-run buildings the office inspects, the Texas prison system has failed to correct basic problems despite repeated warnings.

In 2012, the agency reported that 400 of the prison system’s facilities needed fire alarms, but 233 didn’t have them. Some prison officials had put in work orders to get problems fixed, but the fire marshal noted that those orders were often more than a decade old and the work hadn’t been done.

Reports from the next three years detailed almost identical concerns, with no apparent progress toward fixing them.

In 2016, the list of hazards grew when fire officials noted that not only were existing problems not fixed, but also in some cases prison staff had marked the work as done when it wasn’t.

As a stopgap measure, the corrections agency said it would rely on a fire watch system, where prisoners or staffers are assigned guard duties to look out for fires. That practice was more common before the invention of smoke alarms but is now typically used as a temporary measure when a building’s sprinklers or fire alarms are broken.

By that point, the agency still hadn’t fixed the fire alarms, and records reveal additional problems had cropped up, such as extension cords used as permanent wiring and kitchens with inadequate fire suppression systems.

At most units, gas pipelines weren’t regularly getting tested and neither were fire doors. Like the prisons, many housing units for employees lacked functioning smoke alarms.

The fire marshal’s office “has asked for correction timelines but has received none,” according to its 2019 report. This year’s report hasn’t been released yet, and inspectors have not been able to visit prisons since March because of the pandemic.

A spokesman for the marshal’s office, Ben Gonzalez, said that by law the fire marshal has some enforcement ability, but usually tries to get government agencies to fix problems using available resources. “The goal is to get problems corrected,” he said. “When it’s not possible to do that quickly, we work with agencies on temporary measures they can put in place to reduce the risks.”

In the case of the Texas prison system, that hasn’t done much good. The fire alarms are still broken — and prisoners are still setting fires.

“It’s a system that’s just basically given up and is unwilling to deal with the problems it has,” said Texas House Rep. Gene Wu, a Democrat from Houston.

The fire videos “speak a lot to just how broken I think our prison system is in the state,” he added. “It looks like a system that is underfunded, understaffed and doesn’t necessarily see prisoners or even corrections officers as human beings anymore.”

More from our investigation:

No Way Out: COVID Behind Bars

TIMELINE: The spread of COVID-19 in Texas prisons

Here are the Texas prisoners who have died of COVID-19

No Way Out: How the Texas prison system tracks COVID-19 cases, deaths