Officer Justin Putnam, 31, was killed Saturday while responding to a domestic incident. 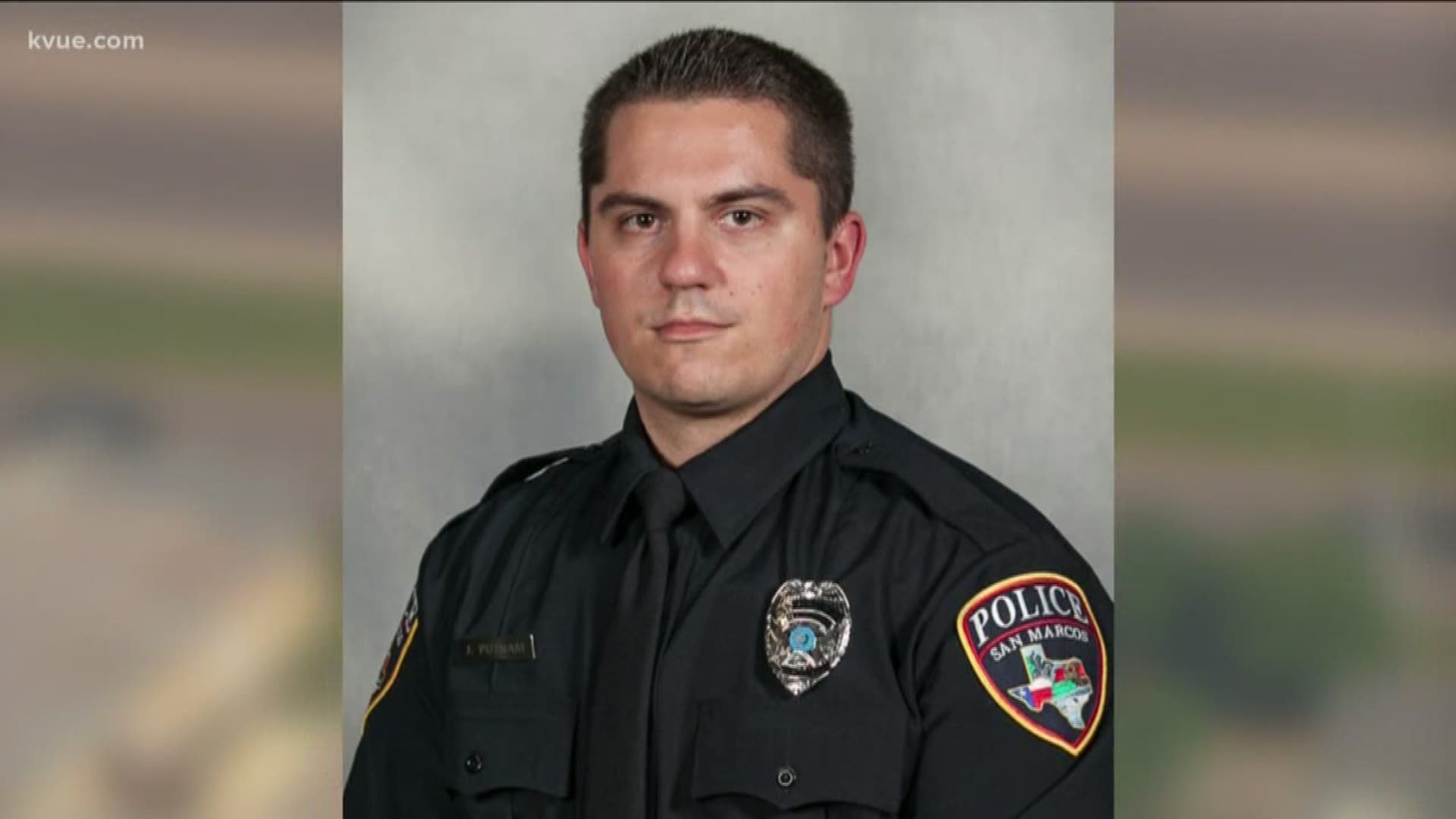 SAN MARCOS, Texas — From Austin down to the Thomason Funeral Home in San Marcos, people lined up or parked on the side of Interstate 35 to pay their respects for fallen San Marcos Police Officer Justin Putnam as a procession rolled down the highway Monday afternoon.

Putnam, 31, was killed Saturday while responding to a domestic incident. Two of his fellow officers were also injured. He leaves behind a fiancée and family with a history in law enforcement.

The procession started at around 3 p.m., as Putnam's body was transported from the Travis County Medical Examiner's Office in Austin. The motorcade with many police cars made its way down I-35, passing by several places like the Blanco Vista neighborhood and the San Marcos Police Department before ending at the Thomason Funeral Home.

The route exited at Yarrington (Exit 210), traveled through the Blanco Vista neighborhood, back to I-35, exited at Wonder World (Exit 202) and drove by the San Marcos Police Department, 2300 South Interstate 35 on the access road, turned around at McCarty Lane, back to Wonder World Drive and then took the Wonder World extension toward Thomason Funeral Home.

The San Marcos Fire Department and San Marcos Electric Utility posted fire and bucket trucks along the route at Yarrington and along Wonder World Drive on the west side of the overpass.

Blanco Vista Neighborhood visitors were asked to park along the side streets, not the thoroughfare streets, to keep a safe distance for the process vehicles and to allow bystanders to stand along the route.

Bystanders who encountered others were encouraged to wear a mask and keep a distance of at least six feet from others outside of their family.

When the procession ended at the funeral home, police units lined up along the roads and filled the parking lot with their lights on.

'He was such a family man' | Family of fallen San Marcos officer remembers him as protector, family man, jokester