Progress being made on Killeen roads; city councilman calls for $100 million road bond

According to city officials, crews are milling the top layers of the streets that were damaged by February’s winter storm and laying down new asphalt. 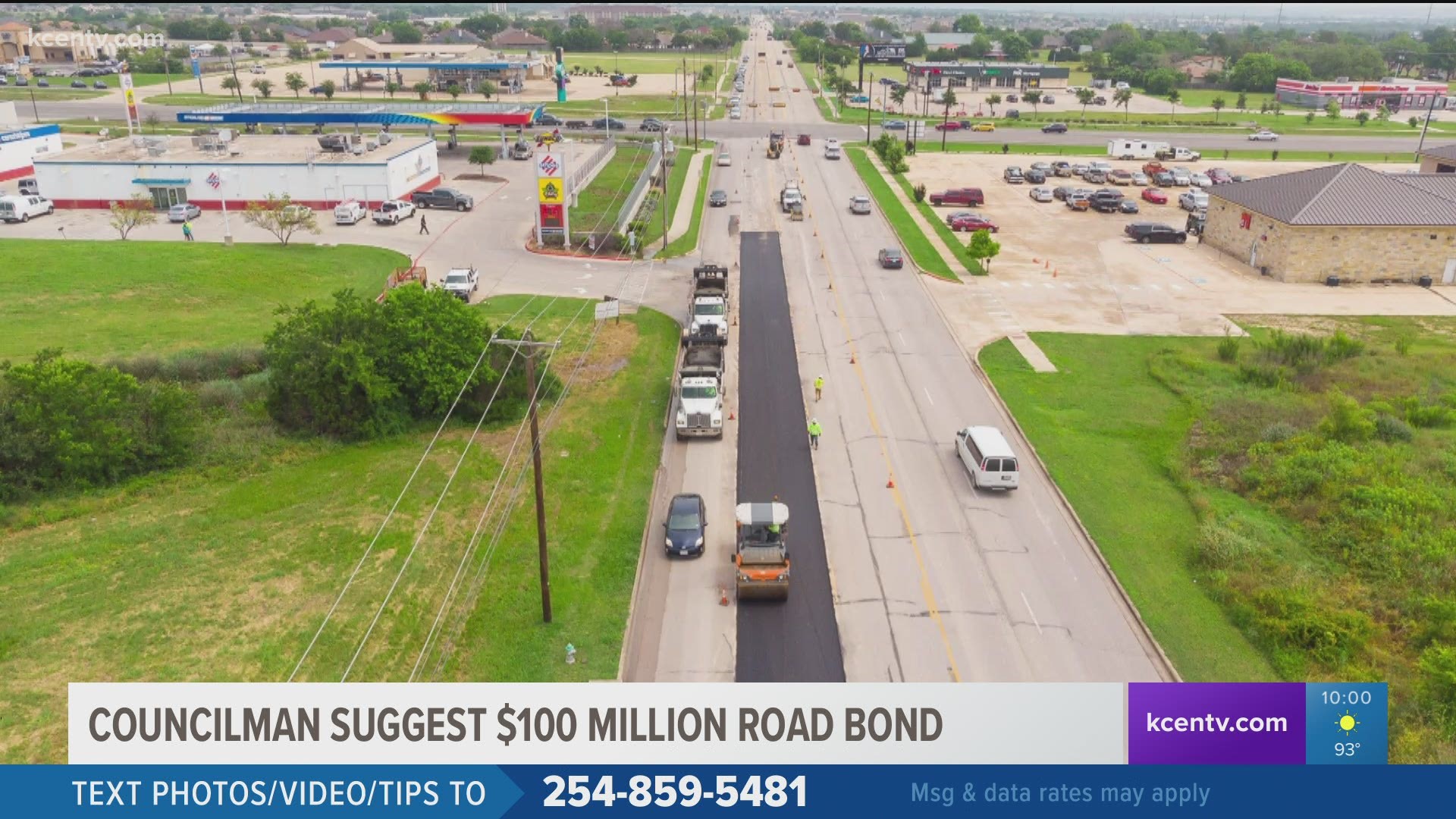 KILLEEN, Texas — Road repairs have started in Killeen after February's winter storm caused major potholes on numerous roads and highways. As crews begin to make progress, one city councilman is hoping to do more to make road conditions even better.

The city of Killeen released images of repairs being made on WS Young Drive between Stan Schlueter and Stagecoach.

According to city officials, crews are milling the top layers of the streets that were damaged by February’s winter storm and laying down new asphalt.

"There are so many people who drive on them every day. “I think it is the city’s responsibility to make sure they are safe," he said.

The city council committed more than $5 million to repairs that will also include Gateway Drive, Levy Lane, Trimmier Road and Elms Road in the coming days and weeks.

Councilman Rick Williams said the city should explore the possibility of a $100 million bond to fix even more roads.

"Citizens have expressed over the last few months their dismay at the city’s roads,” said Williams. “We've had calls from folks who damaged their vehicles and damaged their motorcycles.

Williams said the streets are a burden.

"If I were an executive and you took me on Stagecoach I would immediately turn around and go to Georgetown or somewhere else. If you cannot fix the roads, you can’t support my business. That is our city’s face,” said Williams. “So, we need to give a good face.”

While no action was made Tuesday night -- city council members will bring back the bond discussion at their next meeting.