Protecting your home from holiday thieves 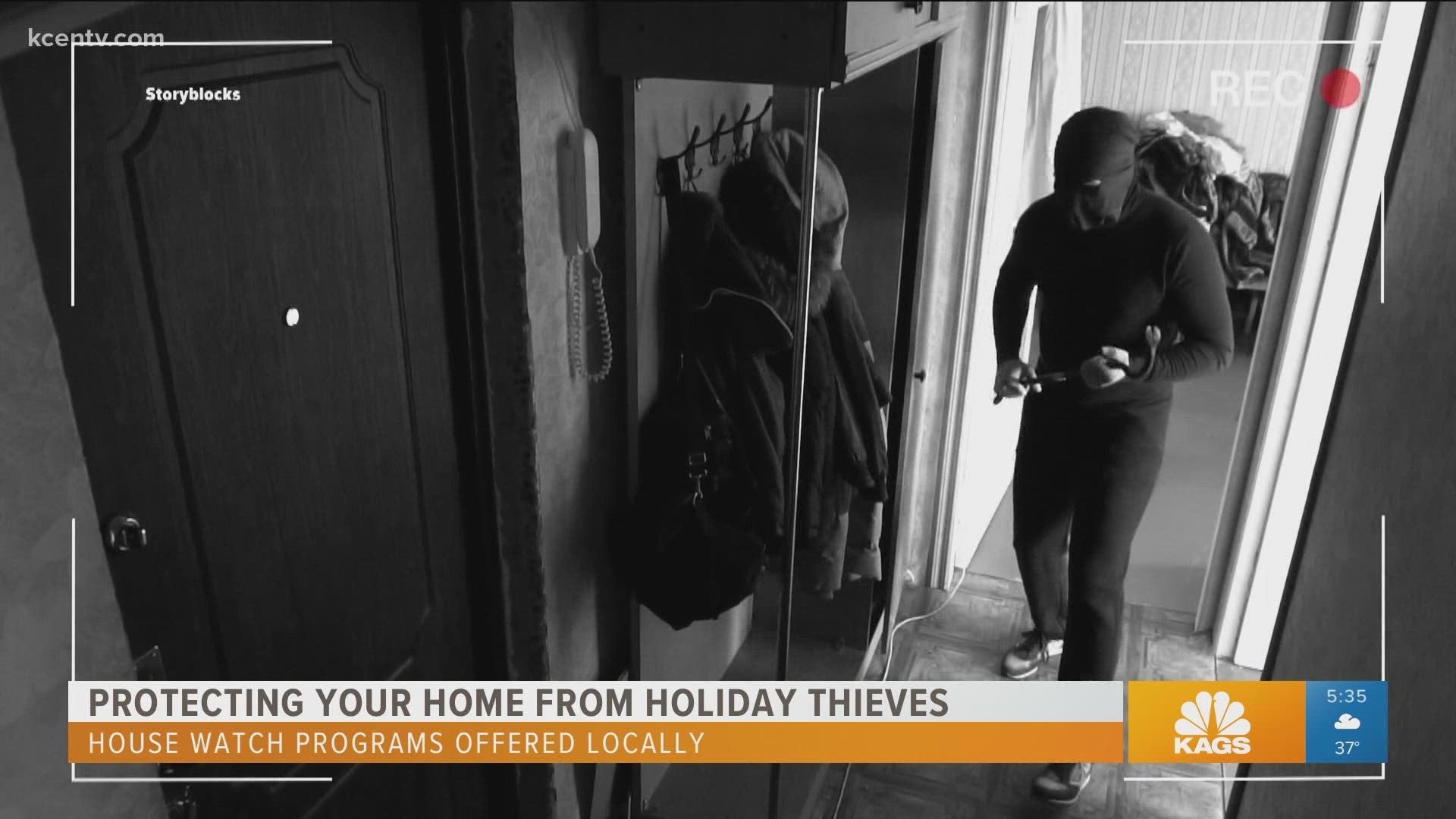 TEMPLE, Texas — Editor's Note: The above video is from October 2021

With only two days until Thanksgiving, the busy holiday travel season is kicking into high gear and if you're planning to leave town, you might want to put your house on a watchlist with your local police department.

"It's really simple and all the citizens have to do is give us a call and let us know when you're going to be out of town," said Cierra Shipley with the Waco Police Department.

Shipley said if the Waco PD uses 'Citizens on Patrol,' a group of volunteers who have the gone through the academy and are trained in all aspects needed to offer the service.

"They will regularly check on the house while that person is away and our Citizens on Patrol are fully trained, they have to go through an Academy, so they are people just volunteering their time to help out their community but they are equipped and trained," she said.

As it turns out, it's a big problem across Texas as the Lone Star State was one of the Top 5 worst states for holiday crime in 2019.

"Actually, crime is down for both violent and property crimes this year," said Temple Police Chief, Shawn Reynolds. "We do know that there are going to be a lot of travelers this year due to the previous year and half of pandemic."

Chief Reynolds acknowledged the record number of travelers airports are expecting, roughly 53 million, and said he wants to prevent crimes from happening if at all possible.

"We have a free service that's called 'House Watch' and is available year-round, it's not just a holiday thing, but with folks traveling, if they want us to take a look, as it permits, we can do," he told 6 News.

Shipley said that now is the time to vigilant.

"Besides just us, tell a neighbor, tell a family member or a friend and if they have time to go down or a neighbor is walking in and out of their house, they can maybe peek over at yours and make sure everything looks good. Make sure that a few people know that you are going to be out of town," she said.

Chief Reynolds added that the best precaution you can take on your own is to keep any and all travel plans off social media.

"I would also encourage folks not to post their travel plans on social media. Not to post that their going to be out of town and wait until they've returned and they can upload those photos that shows them out of town," Chief Reynolds said. "We do know that their are folks that look for those types of things which makes you prone to victimization."