Groups against it called it a "Police Hate Crimes Bill." 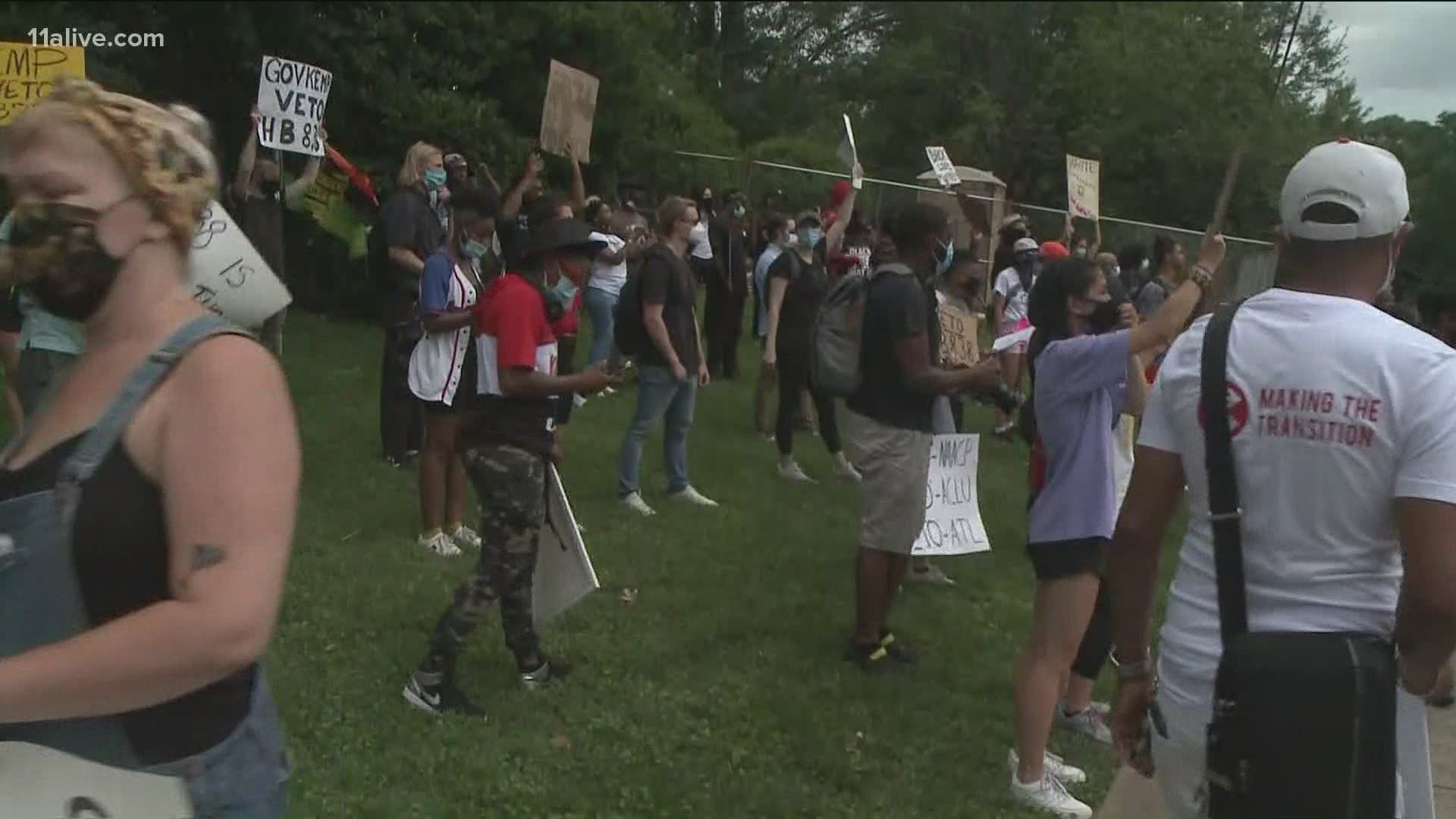 ATLANTA — A group of demonstrators gathered outside of the Governor's Mansion on Monday, demanding for the governor to veto House Bill 838.

This piece of legislation would enhance protections for law enforcement officers, but there is a reason why many civil rights groups and activists don't support it.

However, it took on a whole new meaning by happenstance through the politicking over the hate crime bill. Republicans in the Georgia Senate included first responders, which include police. As a kind of compromise, Senate Republicans removed the language from HB 426, and instead wrote provisions that enhanced protections for police officers and other first responders into H.B. 838.

That particular language is why groups like the Georgia NAACP derisively call it the "Police Hate Crimes Bill."

About 75 to 100 demonstrators gathered outside of the Governor's Mansion Monday evening with their signs. They said they wanted to "send a message" to Gov. Brian Kemp about the bill.

What is HB 838 and why are civil rights groups against it?